Cold War is a simulation platform. Cold War comes with a set of scenes for you to watch and tweak. If you want to write your own it gives you code patterns to follow and a runtime environment to play them in.

Tag tweets and everything else with #coldwar

Start by looking in server/public/js/scenes and server/public/js/actors. These are the only two places you'll need to mess with to write your own sims. Create a Scene and fill it with Actors. Start simple and build it up. Interception is a good scene to use as a base. Edit scenes/index.js to add it to the list of scenes on the homepage.

Talks have been given on Coldwar at:

See also Rats of the Maze 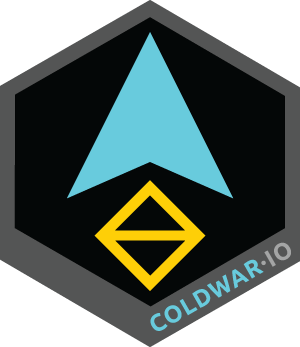 You'll need Node.js version 4 or above.