NLPA is a plugin designed to operate in conjuction with BDP4J (https://github.com/sing-group/bdp4j) and able to extract texts from Twitter, Youtube Comments, text files, raw email files (.eml) or WARC (Web Archive) files. The extracted text can be preprocessed into a Dataset using task (org.bdp4j.pipe.Pipe) definitions. This framework incorporates more than 30 preprocessing tasks to transform the text.

You need this user accounts:

To properly opearte with NLPA the following configuration files (and options) should be filled:

We are aware that with youtube we are using unsecure API keys. Next versions will include more secure forms to access YouTube services (i.e. using OAuth schemes).

As stated before, to execute Text Analytics, big data should be transformed into full-featured datasets ready to be processed using AI techniques. Customizing and executing this transformation is the main functionality provided by NLPA. For this purpose, NLPA contains a list of pre-processing tasks implementations written in Java that can be used as a plugin for BDP4J framework. These task definitions implement efficient processing of the information exchanged through the different protocols and Internet services, using synsets and/or tokens. NLPA provides more than 30 pre-processing tasks applicable over corpora containing e-mails, websites, tweets, YouTube comments, SMS or plain text. The identification of these filetypes is made by using file extensions (.eml, .warc,.twtid, .ytbid, .tsms and .txt, respectively). Given the architecture of BDP4J framework, these pre-processing tasks are applied to org.bdp4j.types.Instance objects (see Figure 1). 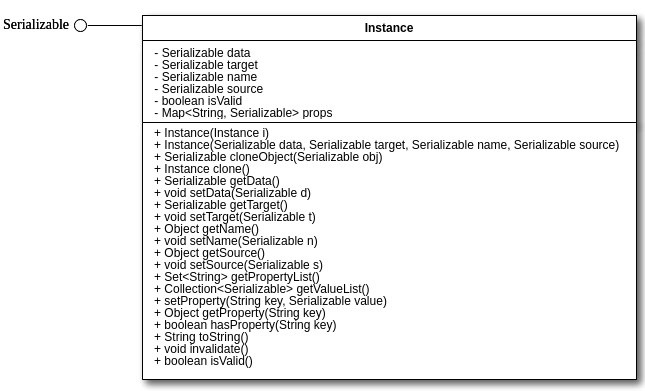 As shown in Figure 1, Instance class brings together for attributes: (i) source, (ii) name, (iii) data (iv) target and (v) props. In detail, source attribute stores the information required to access the source of the information compiled (usually a java.io.File is enough). Moreover, name stands for any form of unique identification of the instance. The processing of the instance implies a sequence of modifications of data attribute (originally with the same value as source attribute) while pre-processing tasks are applied. Logically, the modifications of data attribute could imply the loss of information from original data and the impossibility of returning to the original state of the data (that could be achieved from source attribute). Besides, target attribute is useful to address classification and prediction problems to include into the instance information about the real prediction/classification. Finally, props contains several properties that are being computed through pre-processing tasks (such as language, text-length, etc). NLPA pre-processing tasks comprises five input types for data attribute: java.io.File, java.lang.StringBuffer, org.nlpa.types.SynsetSequence, org.nlpa.types.TokenSequence and org.nlpa.types.FeatureVector. Table 1 brings together the input and output data types of data attribute of all tasks included in our framework. 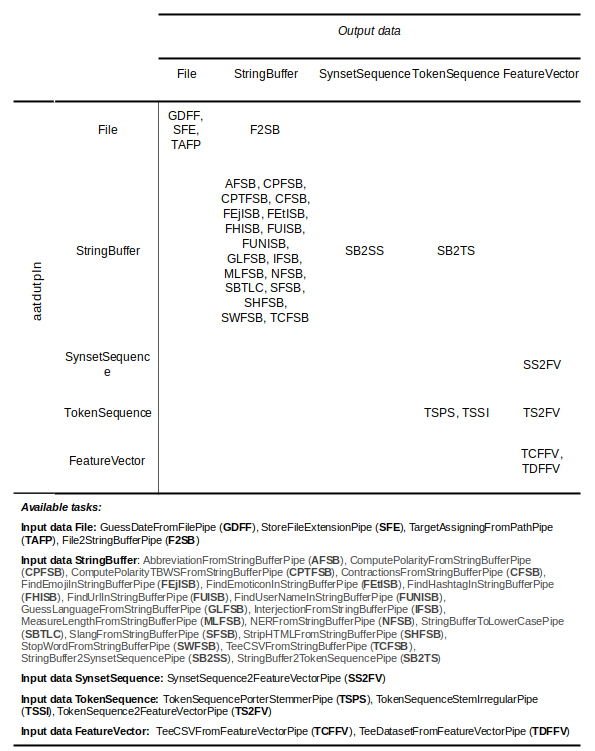 Table 1. Input and output data types for all tasks

As shown in Table 1, most tasks are designed to use java.lang.StringBuffer (a mutable representation of Strings) as input data. Some interesting operations such as the processing of abbreviations, slang, interjections, stop-words, URLs, references to users, etc. are made from this representation. Next subsections describe the tasks implemented by our framework classified by the data type required for data attribute of instances being processed.

Once a java.io.File is processed into a java.lang.StringBuffer (i.e. using File2StringBufferPipe task), a wide variety of operations can be used to pre-process text. Next subsection presents the tasks that can be used for processing StringBuffer object included as instance data.

StringBuffer class is used to represent and modify (issued by mutable property provided by StringBuffer Java class) textual contents. Once the text is extracted, a wide variety of tasks are provided to transform input contents dropping parts (interjections, stopwords, emoticons, etc.) and/or replacing text (slang forms, abbreviations, etc.). The descriptions of available tasks for processing this type of data (alphabetically ordered) are included below.

A TokenSequence contains the sequence of tokens that are found in the text of an instance. To handle instances with this data type as input, NLPA includes the tasks described below.

FeatureVector compiles together a set of features of text properties (synset-based or token-based) identified in the text of an instance and their values. To handle input instances with this data type, NLPA includes TeeCSVFromFeatureVectorPipe and TeeDatasetFromFeatureVectorPipe tasks. They allow to generate a dataset into disk (CSV format) or in memory (org.bdp4j.types.Dataset), respectively, for their further usage. These datasets can be easily used to execute experiments in Weka Machine Learning Software 5 through the functionalities provided by BDP4J framework.

Next section shows the usage of NLPA through a case study to show the creation and exploitation of a pipeline containing some of the previous described tasks.

NLPA is a plugin for BDP4J that implements a set of natural language processing task definitions. BDP4J is a pipelining Java framework able to combine and orchestrate the execution of pre-processing tasks in sequence or in parallel. The orchestration can be defined in Java source or using XML files. Additionally, BDP4J adds a wide variety of constraint checks that prevents development errors (dependencies and input/output types for tasks). BDP4J also supports the instance invalidation which is required when a NLPA task fails. Moreover, resuming the execution of pipelining processing after a hardware software failure. Finally, BDP4J supports the debugging mode that allows avoid the execution of some tasks by restoring the results achieved by them in a previous execution. This functionality was particularly useful during the development of NLPA plugin.

Figure 2 includes a class diagram and a snippet of source code showing the interaction of BDP4J and NLPA projects. Particularly, Figure 2a specifies some architecture details to facilitate the comprehension of the inner operation of both projects. As we can see from it, NLPA tasks (three of them have been included as example) are created as a subclass of org.bdp4j.pipe.AbstractPipe BDP4J. 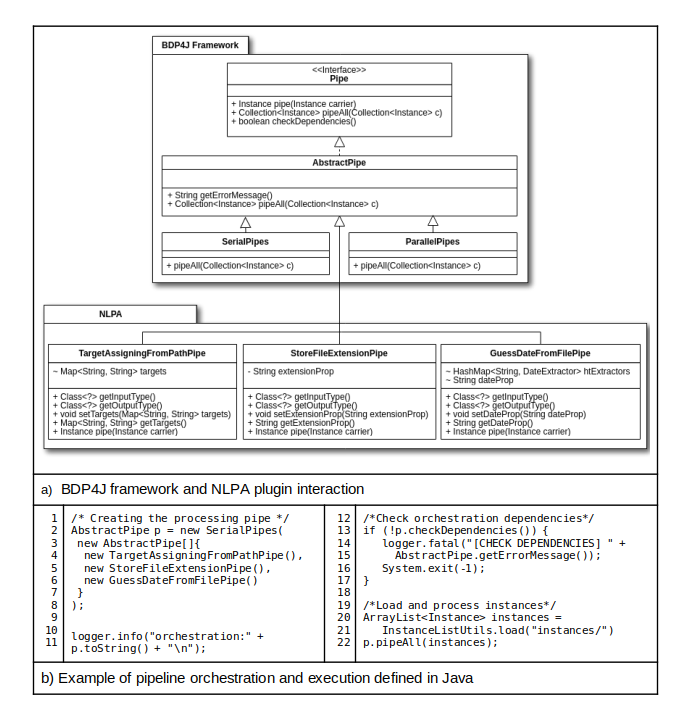 As we can see in Figure 2b, the pipeline orchestration comprises some tasks executed in sequence. In order to check whether the pipeline has been correctly defined, a dependency check is executed. Additionally, NLPA incorporates mechanisms to automatically load instances from files. And finally, instances are processed.

You should have received a copy of the GNU General Public License along with this program. If not, see https://www.gnu.org/licenses/.