Exactly ten years ago, in 2004, I released the second version of the synSpace Map Editor for a game called synSpace. The game never had an official map editor, so my editor became the de facto map editor.

That's also the original build, since I've lost the ability to actually compile it anymore. 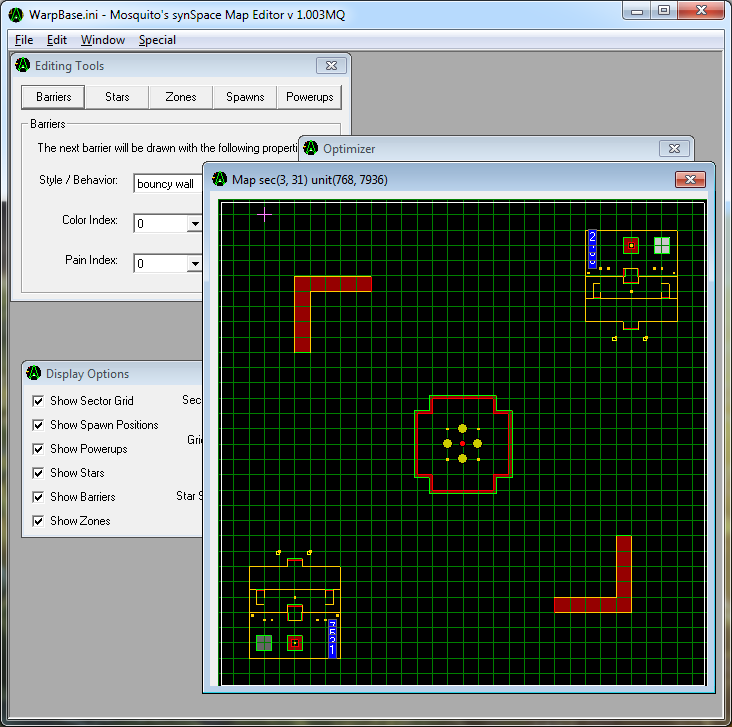 While it was fairly effective at its job, it's an ugly, horrible mess of Visual Basic 5.0, born out of my amateur programming skills at the time. I originally released the source code with the binary but, out of ignorance, never properly marked it suitably as open source software. To celebrate its 10th anniverary, I hereby release the entire thing into the public domain. You can ignore any statements contradicting this in the original sources. I leave them there for historical reference.