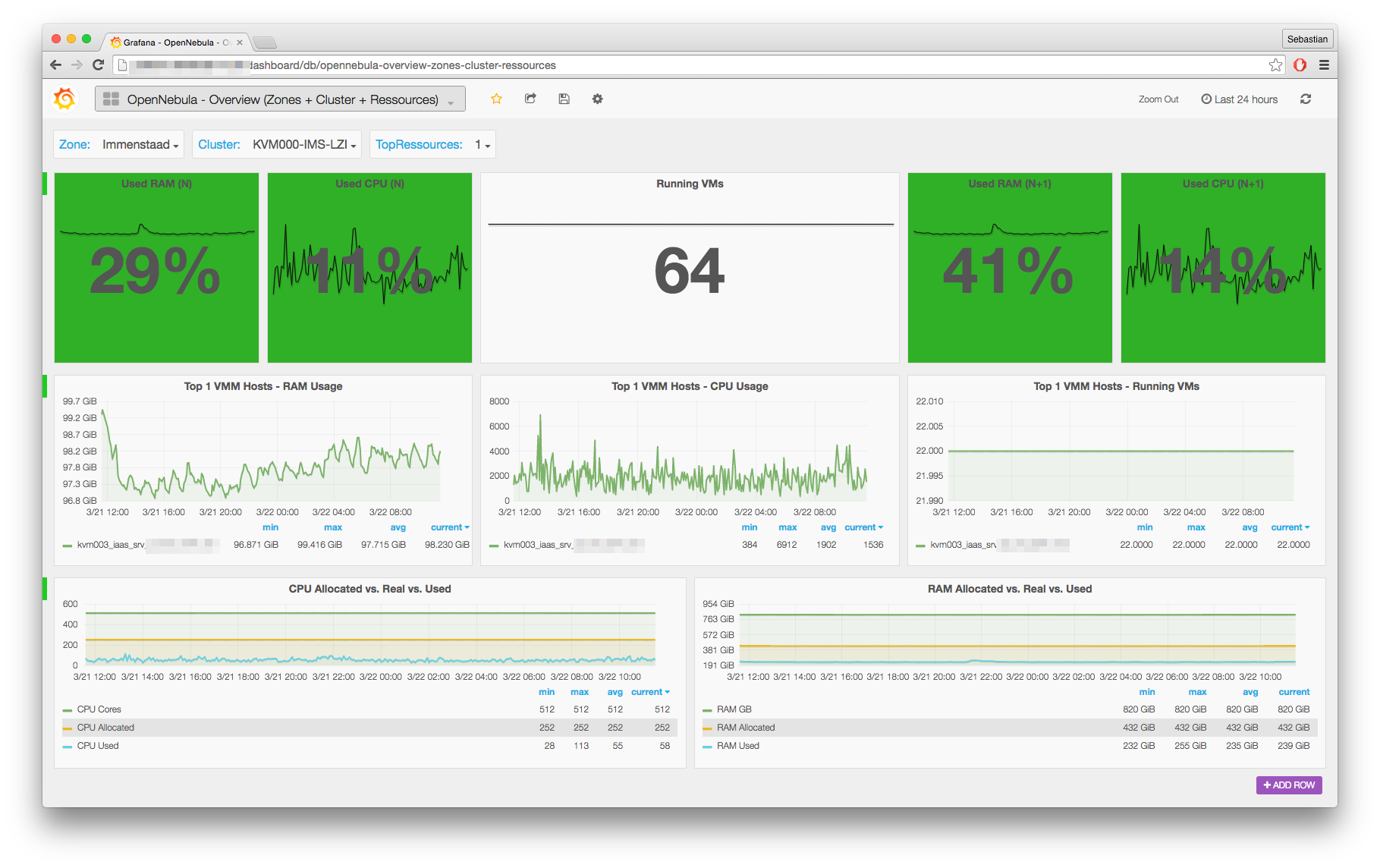 This script is a simple tool to gather some useful informations
out of OpenNebula by calling the known OpenNebula utilities and parse their XML outputs. The primary goal is to build a solution for long-term statistics and capacity management. It is not a replacement, but a addon, for common system management and monitoring (!).

The script was developed to work with OpenNebula (4.14).

The ruby script "one-graphite.rb" is beeing executed on the OpenNebula Host running oned every 5 Minutes by Cronjob. The script calls known commands like "onehost -x" or "onegroup -x" and parses the XML output for the wanted information and pushed them to Graphite. The informations stored in Graphite could be uses for building Dashboards and Graphs for long-term statistics and operations (f.e. Big Screen/TV with your Cloud-Dashboard).

Before the script sends the first metrics to graphite you have to create the storage schema in Graphite. We use the following definition: