PACOM is a Java stand alone tool that is able to import, integrate, manage and compare numerous proteomics datasets at the same time, offering a rich set of graphical representation of the most common proteomics data features

How to get PACOM:

We are continuosly trying to improve the software, adding new features and fixing bugs. New versions are automatically uploaded to out server.
Download the latest versions from here.

The updated list of input files supported by PACOM can be found at the corresponding wiki page.

There is no need to install anything. Just download it from the link above, decompress the package (.zip or .tar.gz) and run one of the START_* files (depending on the amount of memory you want to use).

For a more detailed description of these instructions, go to the corresponding wiki page

If you want to quickly try PACOM, open it, select one of the example comparison projects (Inspect examples) such as *PME6_Reanalysis" and click on the orange button at the right. 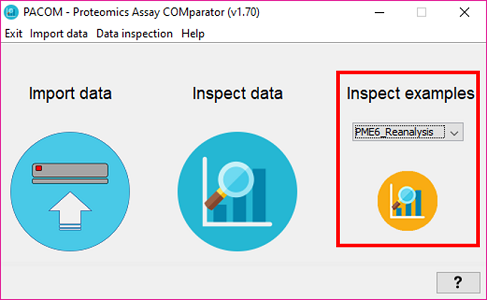 Then, in about 15 seconds you will see the main interface of PACOM for dataset inspection and comparison: 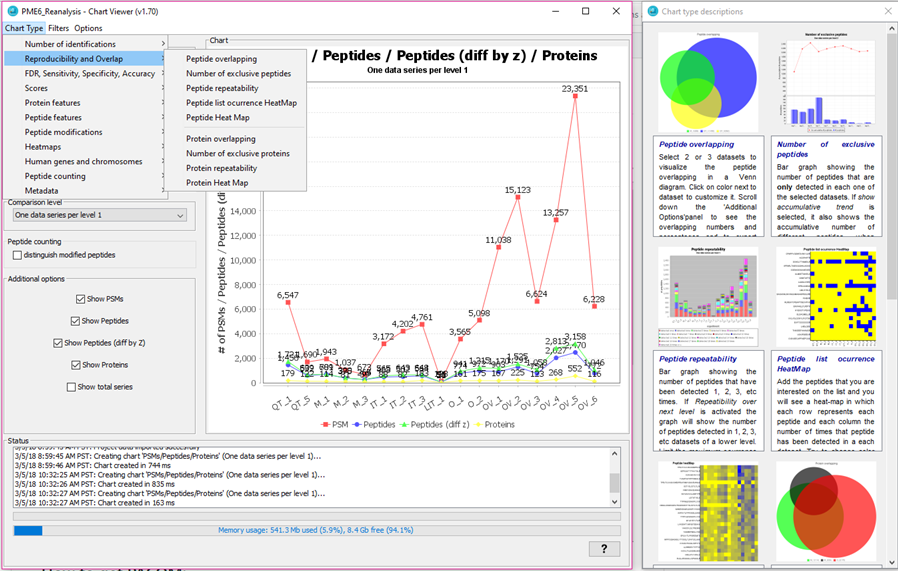 For a complete manual and more detailed information about how to use the tool, go to our wiki page.

Asking for help? Do you have any suggestion?

Write an email to salvador at scripps.edu. I will try to respond you as soon as possible!

Thanks in advance for your contribution!!

This tool has been enterely designed and implemented by Salvador Martinez-Bartolome firstly as a member of the ProteoRed Bioinformatics Working Group, under the supervision of Juan Pablo Albar, at the Proteomics Laboratory of the National Center for Biotechnology (CNB-CSIC) in Madrid, Spain. Later, the project was continued under the supervision of John R. Yates III at the John Yates laboratory at The Scripps Research Institute, La Jolla, California, USA.

Other people that contributed to this project:

This tool has been developed using the Java MIAPE API which source code can be fount at this git hub web page.