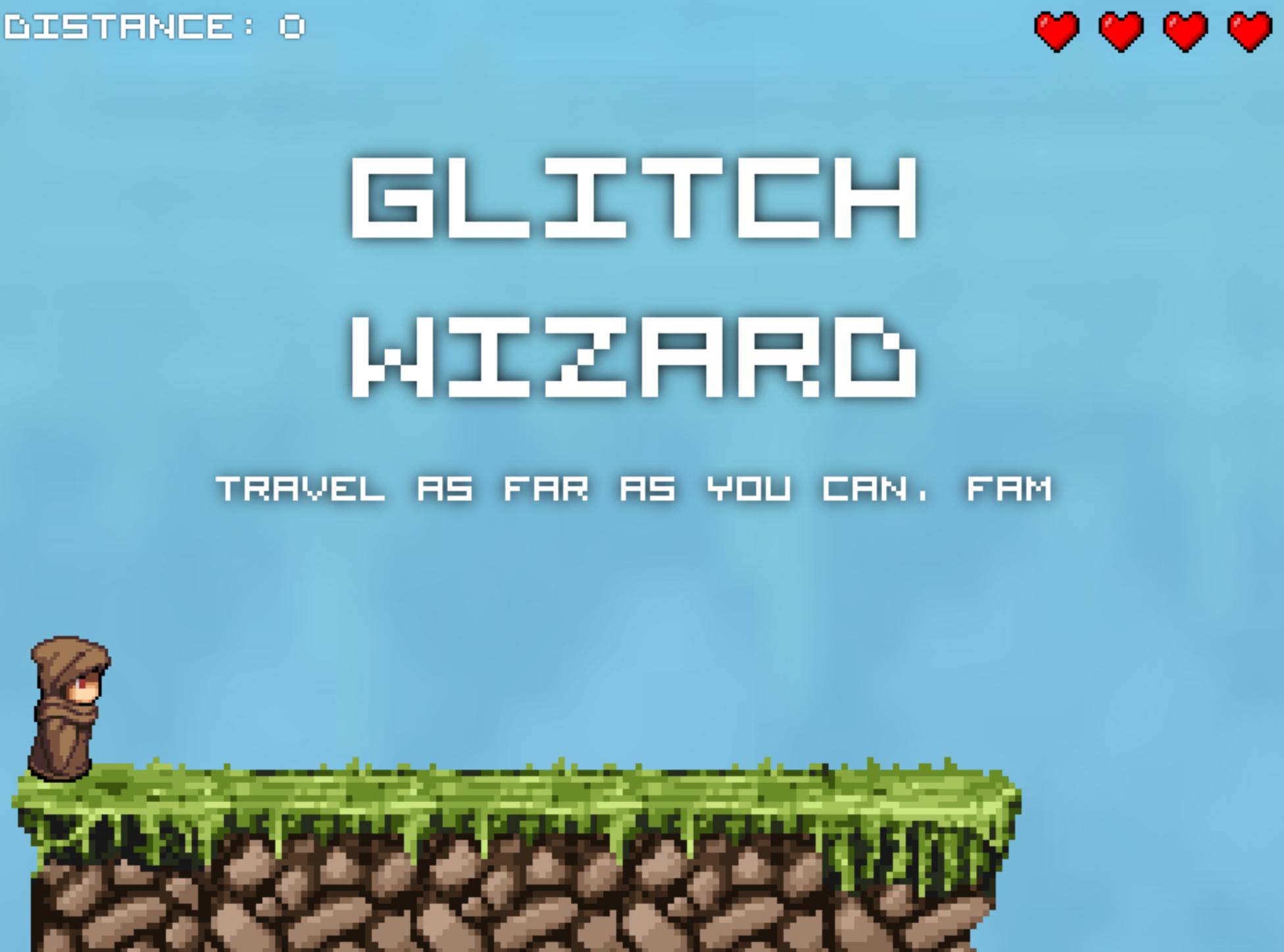 Description: Our hero is the Glitch Wizard. He's pretty confused, sometimes when he gets hurt he turns into a more powerful wizard who can jump higher, move faster, and float longer. But then he gets hit again and is back to being an initiate.

Objective: Try to travel as far as you can without dying. Avoid bombs, spikes, and arrows. Getting hurt isn't always that bad, sometimes it turns you into something great! But if you fall — it's over, homie.

All other game art created by Stephen Murray.