SimplyCpp is a very simple to use IDE for C++ Language, that is intended for students who are very new to the field of programming. This is programmed because they need to focus more on the syntax rather than understanding the complex build tools and IDEs. 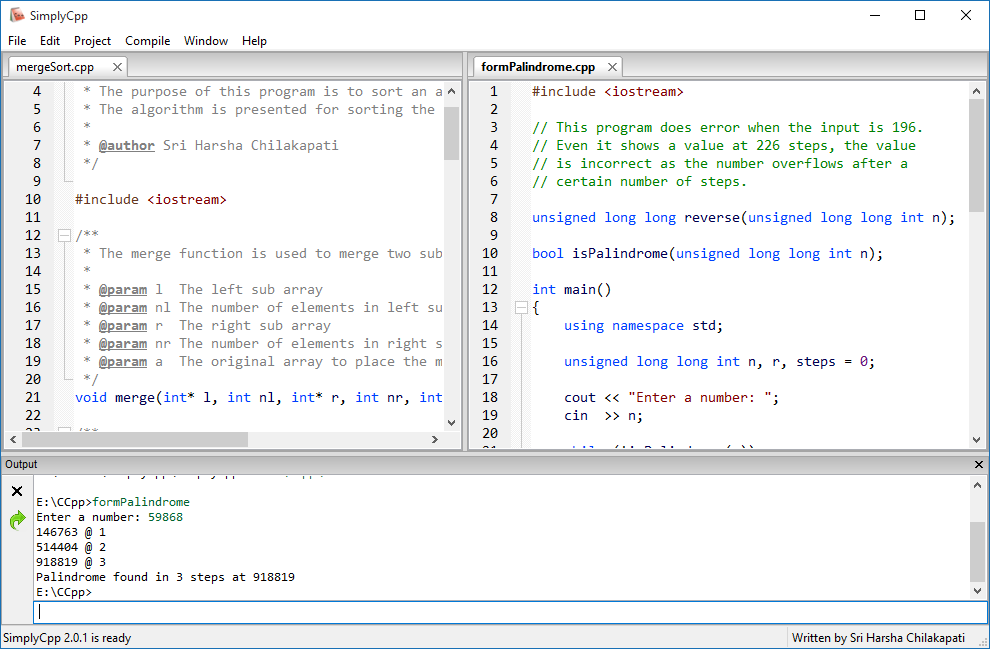 I'm remaking the editor in C++ wxWidgets because wxAUI gives more control than standard WinForms, and also allows for the application to be compiled and run on a Mac. 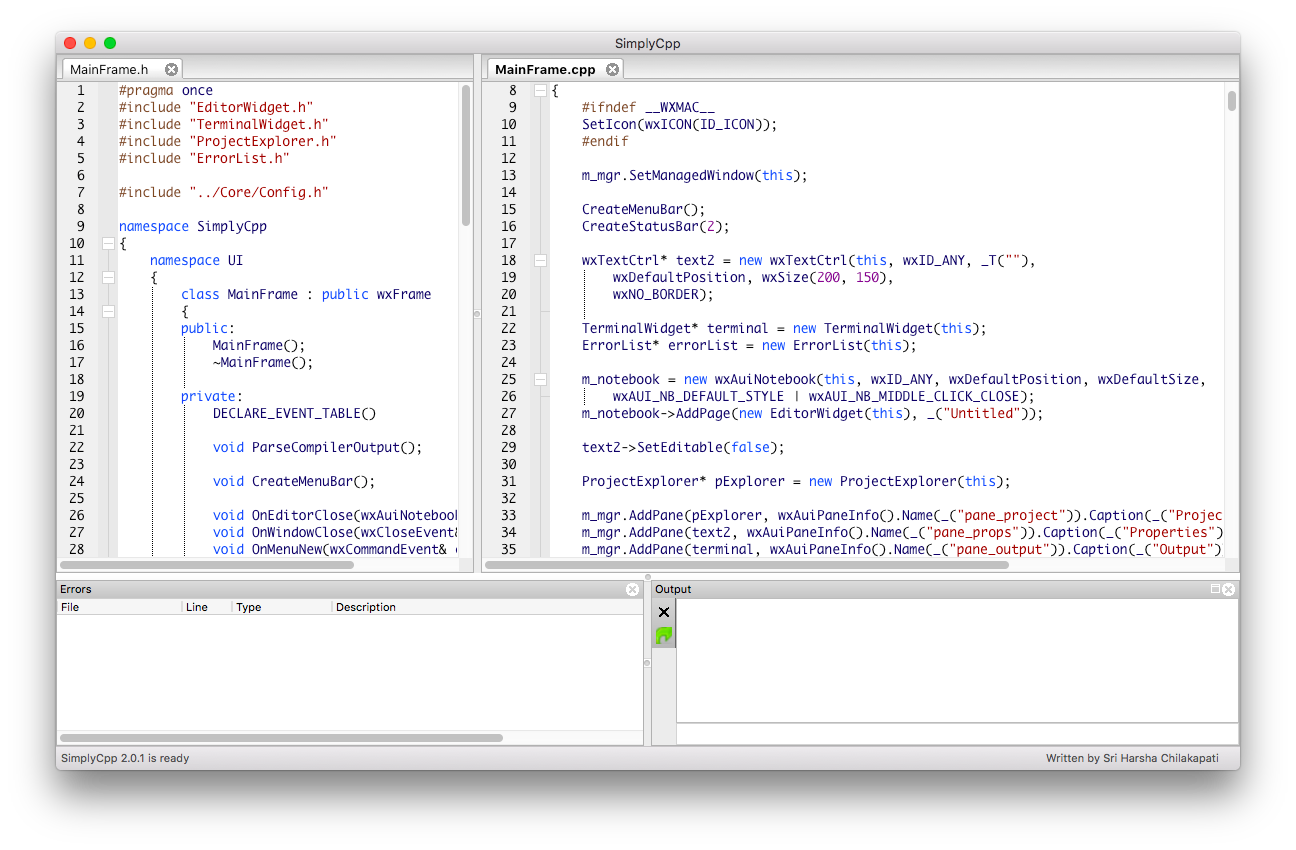 Development on macOS is experimental, and currently only editing the source files are supported. This is being worked upon and will be out soon.

This program uses TDM-GCC-32 as the compiler, which is a modified (patched) version of MinGW compiler for windows and is included in the installer.

This application relies on the wxWidgets library to create the user interface. So you first need to install wxWidgets.