ditaa is a small command-line utility that can convert diagrams drawn using ascii art ('drawings' that contain characters that resemble lines like | / - ), into proper bitmap graphics.

ditaa is a small command-line utility written in Java, that can convert diagrams drawn using ascii art ('drawings' that contain characters that resemble lines like | / - ), into proper bitmap graphics. This is best illustrated by the following example -- which also illustrates the benefits of using ditaa in comparison to other methods :)

After conversion using ditaa, the above file becomes:

ditaa interprets ASCII art as a series of open and closed shapes, but it also uses special markup syntax to increase the possibilities of shapes and symbols that can be rendered.

ditaa is open source and free software (free as in free speech), since it is released under the GPL license.

BUT WHY? Does this thing have any real use?

There are several reasons why I did this:

For Ubuntu, there is a package.

For MacOSX, you can install via brew.

You need the latest Java runtime (JRE) to use ditaa. The best anti-aliasing can be achieved using Java 1.5 or higher.

You will be presented with the command-line options help: 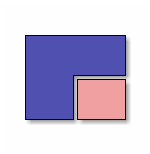 No separation (with the -E option) 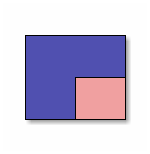 If you use / and \ to connect corners, they are rendered as round corners:

Color codes can be used to add color to the diagrams. The syntax of color codes is 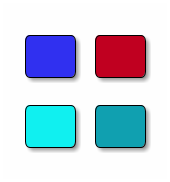 This can become a bit tedious after a while, so there are (only some for now) human readable color codes provided: 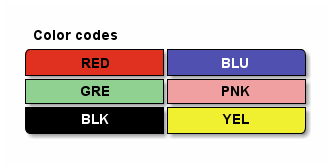 Note that color codes only apply if they are within closed shapes, and they have no effect anywhere outside.

ditaa recognises some tags that change the way a rectangular shape is rendered. All tags are between { and }. See the reference below:

Storage - Symbol representing a form of storage, like a database or a hard disk.

Any lines that contain either at least one = (for horizontal lines) or at least one : (for vertical lines) are rendered as dashed lines. Only one of those characters can make a whole line dashed, so this feature "spreads". The rationale behind that is that you only have to change one character to switch from normal to dashed (and vice versa), rather than redrawing the whole line/shape. Special symbols (like document or storage symbols) can also be dashed. See below:

If * is encountered on a line (but not at the end of the line), it is rendered as a special marker, called the point marker (this feature is still experimental). See below:

If the pattern ' o XXXXX' is encountered, where XXXXX is any text, the 'o' is interpreted and rendered as a bullet point. Note that there must be a space before the 'o' as well as after it. See below: 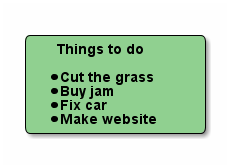 When ditaa is run using the --html option, the input is an HTML file. The contents of the <pre class="textdiagram"> tags are rendered as diagrams and saved in the images directory and a new HTML file is produced with the appropriate <img> tags.

In this mode, files that exist are not generated again, they are just skipped. You can force overwrite of the files using the --overwrite option.

Ditaa is going to be gradually rewritten in Clojure (starting with the tests), so it now uses Leiningen for building. In order to get a new stand-alone jar file, just switch into ditaa's top-level dir and type:

This produces a stand-alone jar in the target folder with a filename of ditaa-x.xx.x-standalone.jar.

Here is a list of projects that are related to ditaa and add to its functionality:

Here's a list of projects that are somehow related to ditaa, and could prove useful/relevant while using it:

Thanks to Steve Purcell for writing JArgs.

Thanks to Mr. Jericho for writing Jericho HTML Parser.

ditaa is a small command-line utility that can convert diagrams drawn using ascii art ('drawings' that contain characters that resemble lines like | / - ), into proper bitmap graphics.