emofani was created as part of my Bachelor's Thesis Parameterized Facial Animation for Human Robot Interaction and is a simple program to render a lively animated face to enhance human-robot-interaction. emofani was formerly called ParamFace.

Here's a demonstration video of emofani: 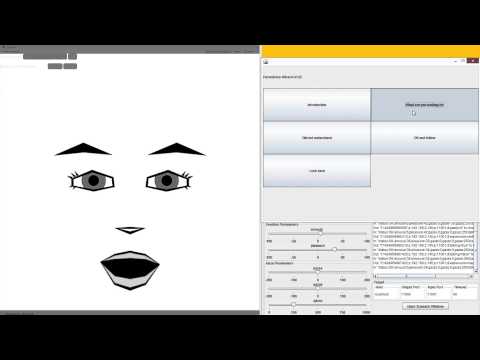 The displayed expression and other parameters can be controlled through interprocess communication, using the UDP protocol. The virtual face and its expressions are designed to raise the willingness of potential users to engage in interaction with a robotic system. The face displays signs of "being alive" (blinking, breathing, micro-movements) to show that it is active. 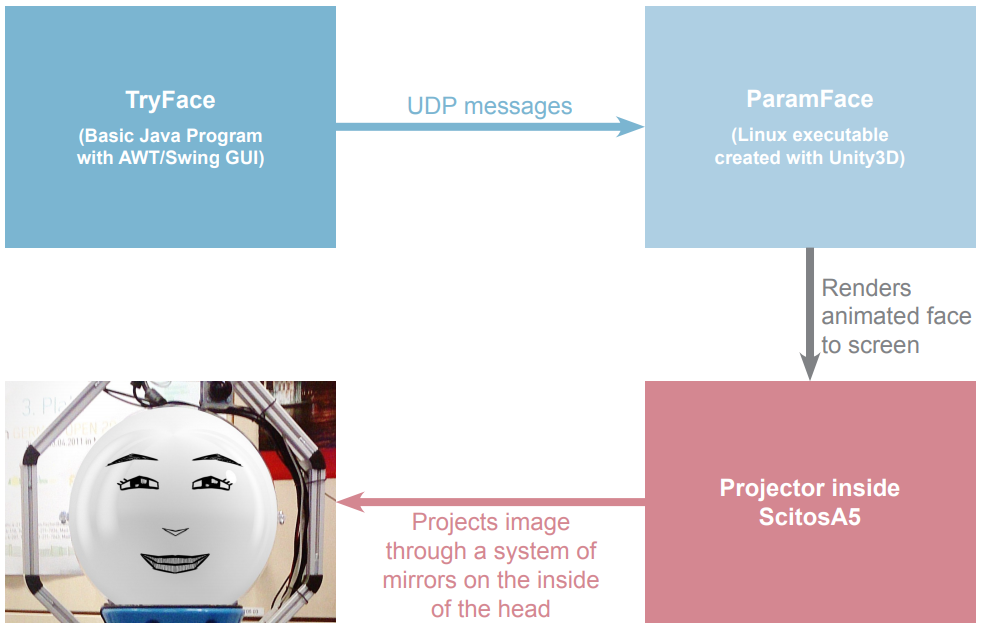 emofani's expression parameters are based on James A. Russell's circumplex model of emotion, a two-dimensional emotion model. The widely used FACS system would be richer but less intuitive to use. However, using FACS values internally would help to create more precise expressions, instead of the current expressions, that are designed by heart. This is on the TODO list. 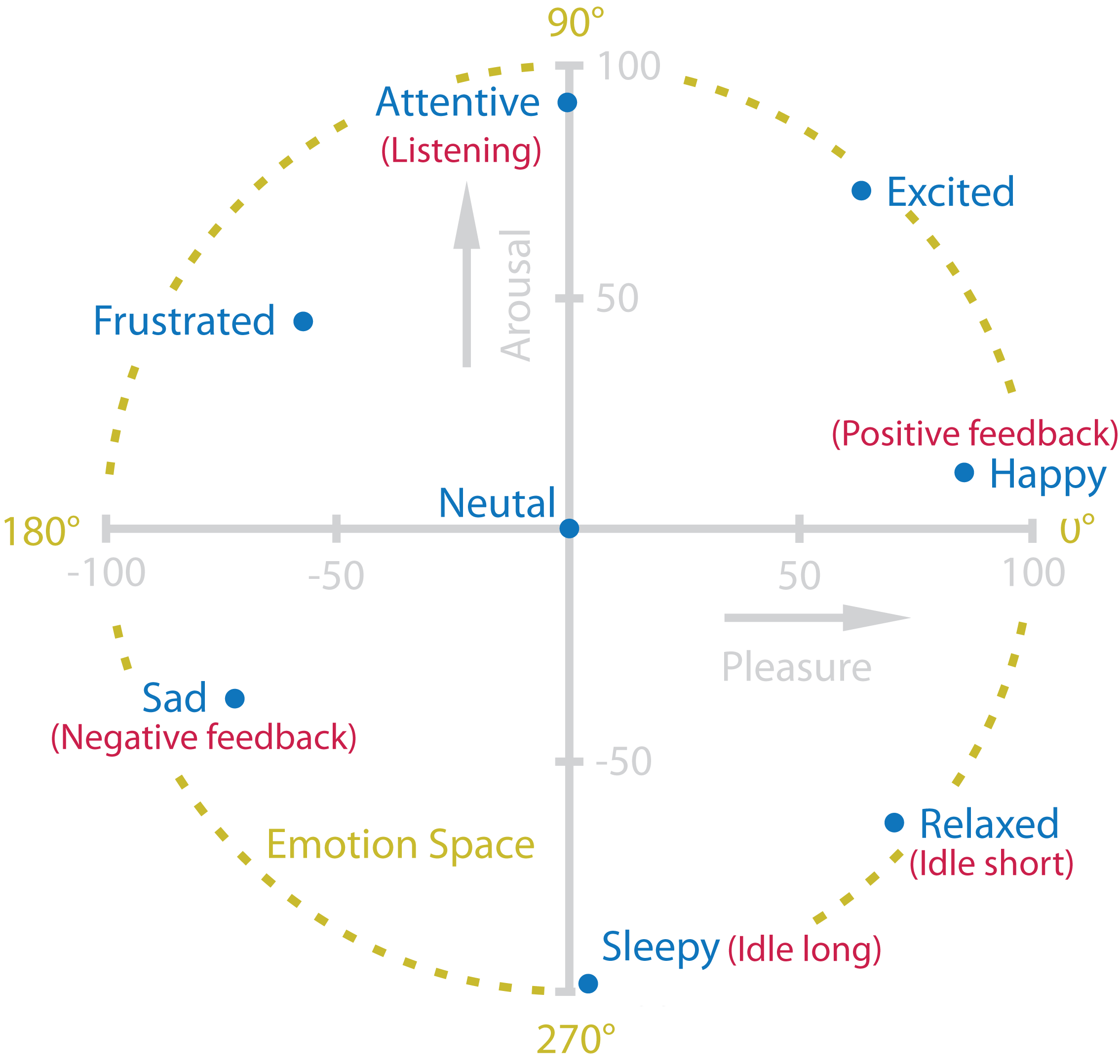 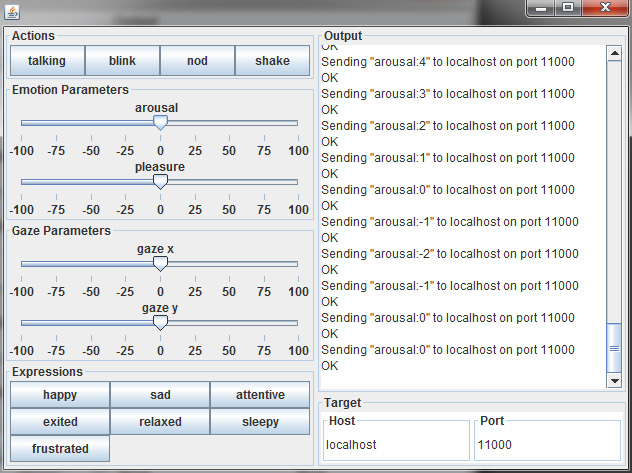 I have created this repository to share emofani, to find collaborators to extend its features (feel free to contact me), and hopefully turn it into a useful and professional software for human-robot-interaction.

The Unity engine was used to implement emofani. All project files reside in the "emofaniUnity" folder. A simple GUI to test emofani's UDP interface was implemented in Java 1.7 and can be found in the "InterfaceGUI" folder.

emofani listens for UDP messages (default port: 11000, can be changed in the options menu) and answers with status messages on the port specified in the message.

Note: The gaze coordinates are referring to a point in space, that is relative to the center of the character's eyes, measured in centimeters. The character's head height is 25cm high and 20cm wide. Here's a diagram:

emofani currently features a very simple, low-poly female face design. There are some minor issues with the eyebrows and eyes, but it gets the job done. Reworking it is on my TODO list. The character's name is Stefanie, by the way.

To let you know about my plans and what is bugging me about emofani, here's my TODO list: