Open-source backend and API stack empowering dev teams to build, run and scale enduring platforms and marketplaces faster than ever.

For a full-stack experience, you can get started here with open-source Vue.js front-end templates.

The easiest way to deploy and leverage Stelace is with our official managed infrastructure. You can have a fresh platform backend up and running in minutes with high-availability deployment, automatic scaling, built-in test and live environments and admin dashboard. SLA and premium support are also available for Enterprise customers.

All APIs listed in docs and API Reference.

Two features are not open-source and certainly won’t be unless community and staff collaborate to make this happen:

This means you can freely switch between any of our SaaS plans and self-hosting at any time if you don’t need Stelace support or SLA and you’re ready to build your own admin UI, or you don’t need one . 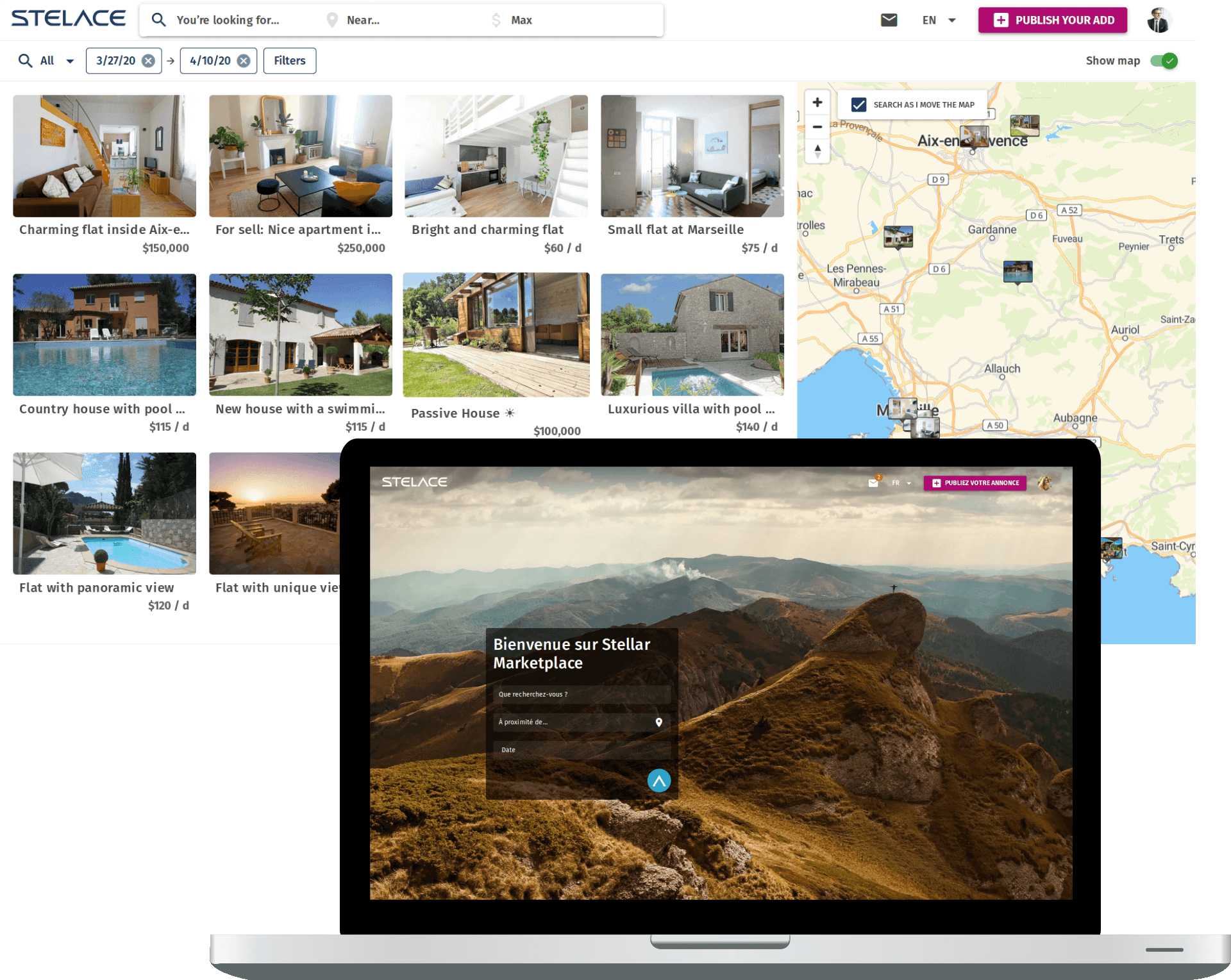 Please note that you should use proper databases in production though.

And start the databases:

Run the database migration to automatically create or update tables:

You can also seed the database with hard-coded development API keys, so you can always use the same keys for development with local server.

Tip: use one of our Stelace Instant open-source templates for blazing fast full-stack development.

Now you can start the server with:

Stelace server is built on and deployed to Linux machines (Ubuntu), and you may have some trouble running server with another OS.

Docker can solve this with ease.

You just have to change host from 127.0.0.1 to elasticsearch, postgresql and redis in your .env file when using containerized API and databases.

Here is how you can install dependencies and init database:

Note: project root directory is used as a Docker volume during development, including node_modules that are shared. You need to re-install dependencies when switching between plain server and server container setups.

Tip: Use yarn docker:db:reset to reset containers and volumes during development. This can be useful if you have any issue with corrupted database or redis store data, or if you want to upgrade databases (warning: containers data & volumes will be lost).

Tests are mostly integration tests with databases up and running to cover full API functionality.

Tests are quite CPU-intensive and you probably want to have 4 CPU cores to run them in good conditions.

Getting server logs in real-time can be very useful during development or tests.

You just have to set an environment variable:

To see the output of console.log calls during AVA tests, add --verbose flag:

You can use an API server container to run tests locally too.

Stelace API public versions introducing breaking changes are publicly dated like 2019-05-20 but the repository itself follows semver rules. Dated version are the equivalent of major updates, as in semver major.minor.patch.

Old dated versions are supported thanks to transformers, inspired by great examples.

When introducing breaking changes (denoted by a new major version in this repository according to semver):

Stelace is open source and contributions from the community are most welcome, including yours!

Stelace API server for Web platforms is licensed under the terms of the GNU General Public License Version 3.

Please contact us to discuss other licensing options or have look at our SaaS plans for hosted backend and premium support.

A copy of the GNU General Public License is included in this program, and is also available at https://www.gnu.org/licenses/gpl-3.0.txt.

We care about open-source

Made with in Paris, France.