Interact with RabbitMQ to transmit and receive messages in an easy low-configuration way.
Find file 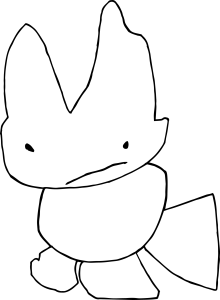 Provides the means to both send and handle messages on an exchange of a RabbitMQ server. In a sense, this provides the RabbitMQ equivalent of Resque.enqueue and SomeResqueJob.perform.

or gem install pwwka if you aren't using a Gemfile.

To run applications locally, you will need Rabbit installed. The installation guide is a great place to start. This repo includes a docker-compose.yml file which will run Rabbit inside a Docker container. It's used by the tests, but you can use that, too.

Somewhere in your app, run the following code (in Rails, this would be config/initializers/pwwka.rb):

Note that the absence of RABBITMQ_URL in your environment will cause the underlying RabbitMQ library to use the defaults. If you aren't using the defaults, set that environment variable to something like this:

Adding it to your app

Add to your Gemfile:

You can send any kind of message using Pwwka::Transmitter.send_message!:

The payload should be a simple hash containing primitives. Don't send objects because the payload will be converted to JSON for sending.

By default, pwwka will set the following AMQP Attributes:

You may optionally set the following when sending a message to set these additional attributes:

You might want to delay sending a message (for example, if you have just created a database record and a race condition keeps catching you out). In that case you can use delayed message options:

delay_by is an integer of milliseconds to delay the message. The default (if no value is set) is 5000 (5 seconds).

These extra arguments work for all message sending methods - the safe ones, the handling, and the message_queuer methods (see below).

To enqueue a message in a background job, use Pwwka::Transmitter.send_message_async:

The job will be enqueued using the configured background job processor. This will default to Resque, but can be configured to use Sidekiq:

Regardless of which processor you use, the name of the queue created is pwwka_send_message_async.

You can also configure Pwwka to use your own custom job using the async_job_klass configuration option. An example might be:

If you are using Resque and Resque::Plugins::ExponentialBackoff is available, the job will use it. (Important: Your load/require order is important if you want exponential backoff with the built-in job due to its error handling). Customize the backoff intervals using the configuration send_message_resque_backoff_strategy. The default backoff will retry quickly in case of an intermittent glitch, and then every ten minutes for half an hour

You can queue up messages and send them in a batch. This is most useful when multiple messages need to sent from within a transaction block.

The message-handler comes with a rake task you can use (e.g. in your Procfile) to start up your message handler worker:

It requires some environment variables to work:

You'll also need to bring the Rake task into your app. For Rails, you'll need to edit the top-level Rakefile:

Queues - what messages will your queue receive

The available wildcards are as follows (and are not intuitive):

A note on re-queuing: At the moment messages that raise an error on receipt are marked 'not acknowledged, don't resend', and the failure message is logged. You can configure a single retry by setting the configuration option requeue_on_error. Note that all unacknowledged messages will be resent when the worker is restarted.

Handlers are simple classes that must respond to self.handle!. The receiver will send the handler three arguments:

Here is an example:

By default, payloads are assumed to be JSON and are parsed before being sent to your handle! method (meaning: that method is given a HashWithIndifferentAccess of your payload).

If you don't want this, for example if you are using XML or some other format, you can turn this feature off in your initializers:

In this case, your handler gets whatever Bunny returns, so you are on your own.

Errors From Your Handler

By default, handlers will log and ignore garbled payloads (basically payloads that fail to be parsed as JSON). All other errors will crash the handler, under the assumption that it will restart. This is good, because it allows you to recover from most intermittent things. Just be aware of this when configuring your handler so that it gets restarted after a crash.

What happens to the message you received during the error depends:

The reason we don't always requeue on error is that a hard failure would result in an infinite loop. The reason we don't use the dead letter exchange is that there is no way in the Rabbit console to deal with these messages. Some day Pwwka might have code to allow that. Today is not that day.

You should configure requeue_on_error. It's not the default for backwards compatibility.

The underlying implementation of how errors are handled is via a chain of responsibility-ish implementation. When an unhandled exception occurs, pwwka's Receiver defers to the configurations error_handling_chain, which is a list of classes that can handle errors. requeue_on_error and keep_alive_on_handler_klass_exceptions control which classes are in the chain.

If you want to handle errors differently, for example crashing on some exceptions, but not others, or requeing messages on failures always (instead of just once), you can do that by subclassing Pwwka::ErrorHandlers::BaseHandler. It defines a method handle_error that is given the Receiver instance, queue name, payload, delivery info, and the uncaught exception. If the method returns true, Pwwka calls the remaining handlers. If false, it stops processing.

Your subclass can be inserted into the chain in two ways. Way #1 is to override the entire chain by setting Pwwka.configuration.error_handling_chain to an array of handlers, including yours. Way #2 is to have your specific message handler implement self.error_handler to return the class to be used for just that message handler.

When you do this, be careful to ensure you ack or nack. If you fail to do either, your messages will build up and bad things will happen.

For example, suppose you want to catch an ActiveRecord error, unwrap it to see if it's a problem with the connection, and reconnect before trying again.

You might not want to crash the handler in the case of PG::ConnectionBad. And, you might want to always retry the job, even if it's been retried before so you don't lose it.

In that case, your handler could work like this:

Now, if we get a PG::ConnectionBad, we reconnect, nack with requeue and stop processing the error (abort_chain is an alias for false, and keep_going is an alias for true, but they keep you from having to remember what to return).

When making your own handlers it's important to make sure that the message is nacked or acked.**

If you use Resque, and you wish to handle messages in a resque job, you can use Pwwka::QueueResqueJobHandler, which is an adapter between the standard handle! method provided by pwwka and your Resque job.

This gem has test coverage of interacting with RabbitMQ, so for unit tests, your best strategy is to simply mock calls to Pwwka::Transmitter.

For integration tests, however, you can examine the actual message bus by setting up the provided Pwwka::TestHandler like so:

See CONTRIBUTING.md for details on testing this gem

If you aren't familiar with Rabbit or Message Busses, the idea is that messages can be sent “into the ether” with no particular destination. Subscribers can listen for those messages and choose to respond.

For example, suppose a customer purchases an order. The app serving our public website sends a message that this has happened. Another app that sends emails will hear that message, and use it to trigger a receipt email to the customer. A yet other app that does financial reporting might hear this same message and record the sale to the company's ledger. The app serving our public website doesn't know about any of these things.

All transmitters and receivers share the same exchange. This means that all receivers can read all messages that any transmitter sends. To ensure that all messages are received by eveyone who wants them the Pwwka configures everything as follows:

RabbitMQ has a good API that should make it easy to set up some simple monitoring. In the meantime there is logging and manual monitoring.

The receiver logs details of any exception raised in message handling:

The transmitter will likewise log an error if you use the _safely methods:

If your payloads are large, you may not want to log them 2-3 times per message. In that case, you can adjust payload_logging in the configuration:

RabbitMQ has a web interface for checking out the health of connections, channels, exchanges and queues. Your RabbitMQ provider should provide a link. If you are running Rabbit locally, the management interface is on port 15672 by default (or port 10002 if using the included docker-compose.yml). The user is "guest" and the password is "guest".

We're actively using Pwwka in production here at Stitch Fix and look forward to seeing Pwwka grow and improve with your help. Contributions are warmly welcomed.

Pwwka is released under the MIT License.