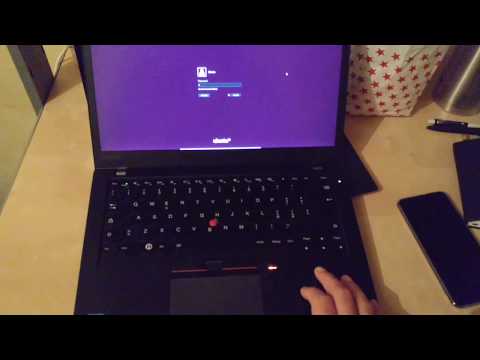 Thanks to the amazing work that nmikhailov did in his prototype, I spent some time in getting a libfprint driver for the 138a:0090 device up...

You can test it using fprint-demo available in various distro's repositories, or just using fprintd-* tools (GNOME supports it natively from control center).

If you're using ubuntu just use this PPA to get the libfprint packages with vfs0090 sensor support.

Once you've added the ppa you can test it with the fprint_demo application (fprint-demo package) or use it for your desktop by installing the libpam-fprintdpackage.

So, in steps (for ubuntu) it would be:

It would be nice if you could help in tuning the value of the bz3_threshold, as that's the value that defines how different should be the prints, and so it's important for having better security. I've set it to 12 currently, but of course increasing the number of prints we enroll or the image quality that could be increased.

Using fprint_demo or monitor fprintd from journalctl you should be able to see the values such as fpi_img_detect_minutiae and fpi_img_compare_print_data in the log, like

The score is the value the print got for you, compared to each sample that fprint saves... And to match it needs to reach the said threshold (so 12 for now). For my fingers this value seems secure enough, but.... Let's see if we can increase it.