SPMeta2 Extensions for Visual Studio adds a bunch of useful snippets, project and item templates to Visual Studio. The purpose is to make your daily M2/SharePoint related work in Visual Studio much easier, productive and also bring consistency across your projects, people and teams.

The story and experience

Whenever you build a proof-of-concept, corporate intranet or six-figures project on top of SharePoint platform, SPMeta2/M2 is all you need to deploy SharePoint artefacts in most enjoyable, smooth, testable and repeatable way. SPMeta2 is a .NET library that offers a hassle-free fluent API supporting not only SharePoint 2010, 2013 and O365, but also CSOM and SSOM. It is the first building block to well-structured and consistent projects.

We learnt a lot while providing SPMeta2 support to independent consultants, small start-ups, ISVs, SharePoint consultancy companies as well as large enterprises with six-figures projects across the globe. Consequently, a well-structured approach to create, develop, maintain and support SPMeta2 project was born. Later on, it was encapsulated into Visual Studio snippets and project templates, so that other people can have the same positive and enjoyable experience not only starting projects from scratch, but also supporting and enhancing already existing ones. This is our second building block to well-structured and consistent projects.

In nutshell, there are a few project template to get your SharePoint project started in a few clicks from the avialable templates: 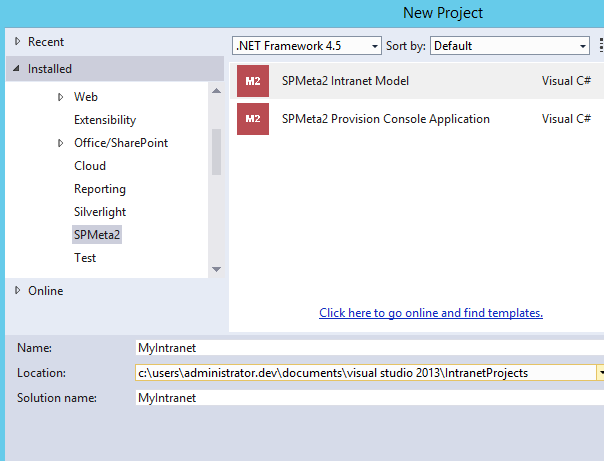 Then we ask if you want to onclude provision and desired SharePoint runtime, or go plain POCO deciding on provision later: 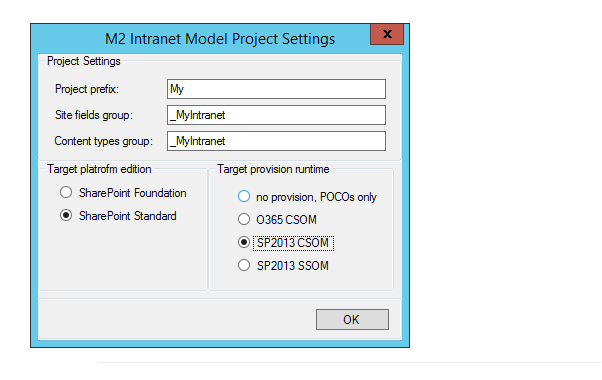 And then done. Up and running: 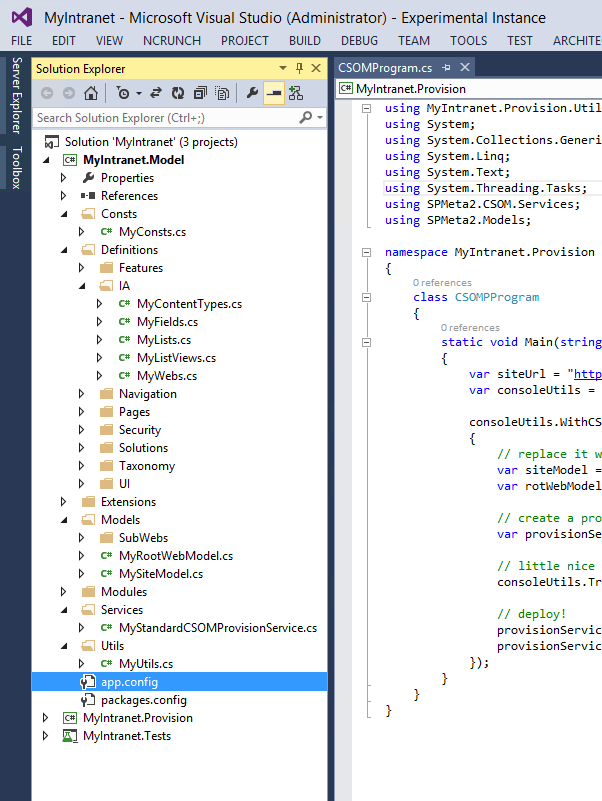 Curious? Get started with the documentation and let us know what you think.

There are a bunch of snippets, a few project templates and debugger visualizer that significantly enhance development routines. We bet you would rethink and love again your 'new' SharePoint life with SPMeta2 and its 'way' of doing things.

Please consider the following links to get familiar with the general concepts, project templates, snippets and creating new projects.

We keen to hear back from the community improving both SPMeta2 and SPMeta2 Extensions for Visual Studio. Whenever you like or dislike something, give us a shot so that we can fix that: