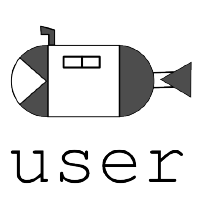 But sharing code isn't safe. Every time we try out some stranger's script, we put ourselves at risk. Despite the occasional claim that Linux is a secure operating system, haphazardly sharing programs is NOT secure.

Furthermore, the fragmentation of the Linux desktop means that packaging work is needlessly repeated. Programs that build and run on Fedora must be repackaged for Ubuntu.

Subuser with Docker attacks both problems simultaneously. Docker provides an isolated and consistent environment for your programs to run in. Subuser gives your desktop programs access to the resources they need in order to function normally.

Right now I'm editing this file in vim. vim is not installed on my computer though. It is installed in a docker container. However, in order to edit this file, all I had to do was type:

Subuser turns a docker container into a normal program. But this program is not fully privileged. It can only access the directory from which it was called, not my entire home dir. Each subuser is assigned a specific set of permissions, just like in Android. You can see an example permissions.json file bellow.

For a list of all permissions supported by subuser, please see the subuser standard.

Find sudo and add your username to the end of the line.

You will need to change the path to subuser/logic to refer to the location to which you downloaded subuser.