Hierarchical Timing Wheels for Clojure and ClojureScript. This is a general purpose timer implementation that scales. Its performance can be tuned via parameters.

Timing wheels is designed for scenario of large scale task scheduling. According to current benchmark it provides way better accuracy for large amount of tasks emitted in short range. 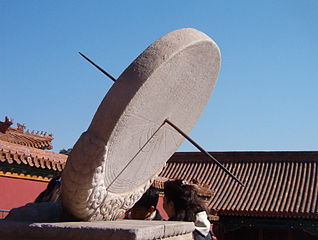 Schedule some task/value for later:

Note that values to scheduled within a tick will be delivered to handler function at once, and executed on current thread.

The handler function will be called with task value as arguments when the task expires. The run a custom task, you can start the timer as:

The schedule function returns a promise-like object, which maintains the execution result of handler function and task value. deref, blocking deref and realized? are supported.

Once a timer is stopped, it no longer accepts new task.

This library also provides an experimental core.async channel that pop the value after some delay.

In the bench/ source directory, I made a bench script to compare performance of Rigui and ScheduleThreadPoolExecutor. With the (thoughput 50000), I try to schedule 50000 tasks that will be emitted within 5 seconds. This function will prints its result to stdout:

Generally speaking, the timing wheels implementation trades accuracy for throughout. It aggregates timer tasks into a few buckets and runs these buckets with a small number of actual timers. So timing wheels is specifically optimized for scenarios with a large number of timer tasks, also to be triggered in a narrow window. For instance, tracking request timeout in asynchronous environment, or ping/pong timeout for a large number of connections.

For a single task, the hierarchical timing wheels might create multiple timers (depends on task delay, tick size and bucket count). So there is minor overhead when dealing with small number of tasks.

The accuracy is controlled via tick parameter. Tasks to be triggered within [ tick * n, tick * (n+1) ) will be put into the same bucket and be triggered at the same time theoretically. If you want better accuracy, you may set tick to a small value such as 1ms. But note that finer tick may lead to more actual timers and reduce the throughout.

The second parameter bucket-count decides how many buckets will be on a single wheel. For this hierarchical wheels, it also decides the tick side on the nth wheel (where n > 1, n counts from 1), that is tick * (bucket-count**(n-1)). The larger bucket-count you set, the more internal timers you will have. But in most case it's still less than your task count significantly.

Let tick = 1, bucket-count = 8, the wheels could be visualized like:

If you know good free software to draw this please kindly let me know.