These are flexible LED filaments, of which I learned from this video by mikeselectricstuf They require around 75V to light up, so a for these LEDs is essentially the same as Nixie tube driver, which is awesome.

Using any serious microcontroller for this experiment would be wasteful. Fortunately, I had an ATtiny12L salvaged from an ink cartridge. Unfortunately, avr-gcc would not even generate code for it. Fortunately, its task is so simple that it wasn't a trouble at all to code it in assembly.

This is a boost converter. R2 is a bleed resistor that does not let the MOSFET to stay open when the micro is being programmed. The inductor value is anything around 100uH. The feedback loop to keep the voltage at set value is implemented using resistor divider RV1-R3 and the builtin comparator of ATtiny12L.

It was also an experiment with homemade UV soldermask. I did not get it at first attempt, but it worked out nicely after a few attempts. As usual with UV curable things, the trick is to have opaque zones in the transparency really opaque. 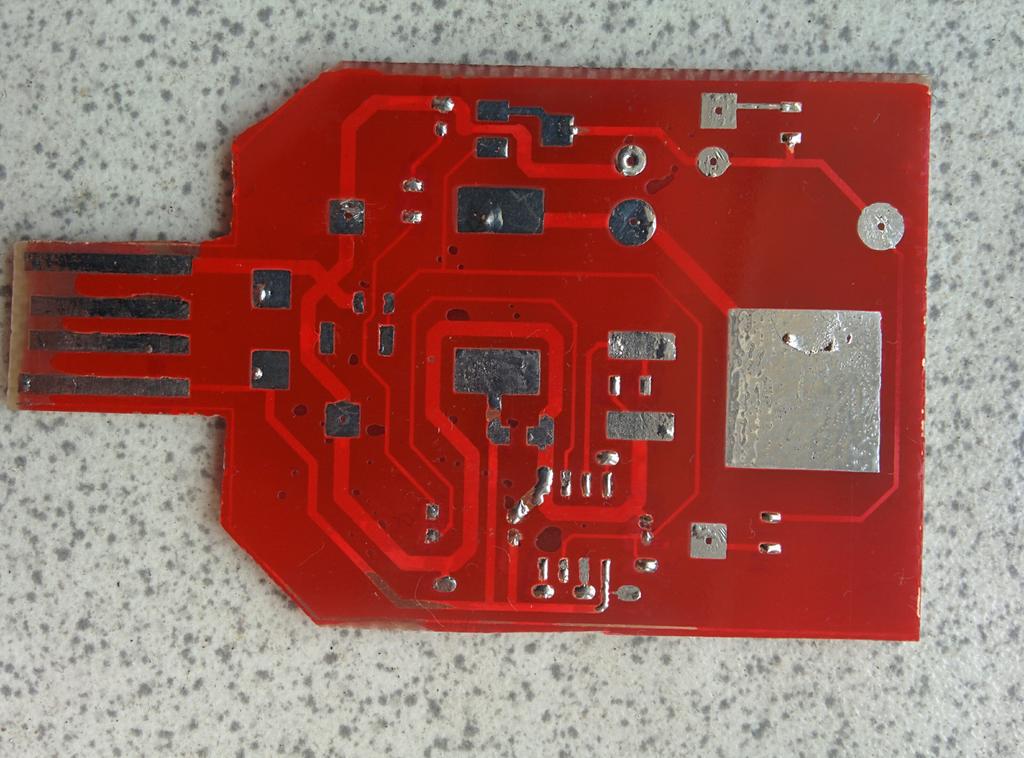