A sample project to check XcodeArchiveCache in action.

XcodeArchiveCache has a simple DSL to describe what to put in the cache. That configuration is stored in a file named Cachefile. cat Cachefile will show you the configuration that our sample project uses:

First, we need to tell the tool which workspace or project it should operate upon - that's done in either workspace "<workspace name>" or project "<project name>" part. Inside that main block we describe what we need to cache and the way to build cached products.

configuration parts are about the way we invoke xcodebuild to build cached products. You can have as many of those as you want, and specify the one to use with --configuration flag during XcodeArchiveCache invocation.

derived_data_path is obviously the path where xcodebuild should store it's derived data during dependency builds. target part defines which dependencies should be cached - Test is our main app's target, and it links Pods_Test.framework and libStaticDependency.a. They, and their direct and transitive dependencies are going to be cached.

Since it's the first time we run XcodeArchiveCache, our cache directory is empty, so XcodeArchiveCache is going to build every dependency and put products into cache. Run git diff - some targets vanished from project files, and those are the targets that were parts of build graphs for Pods_Test.framework and libStaticDependency.a. We replaced these targets with cached build products.

Run the same two commands once again. This time, cache directory contains some zipped build products, and XcodeArchiveCache is going to rely on them.

Does it really work?

We've built our sample app using the cache, but does it really work? Since the app was archived, it's not going to run in a simulator - archive builds only produce ARM binaries. Still, we can install the app on a real device and check if it actually runs as intended. 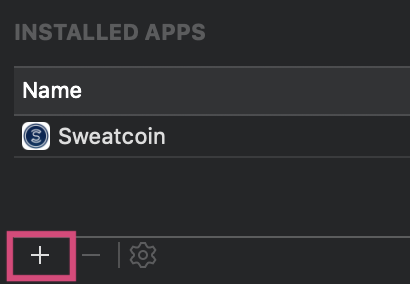 Finally, we can launch the app. Contents of the UILabel on top of the screen come from StaticDependency, which in turn takes these strings from its own dependencies - you can see it viewDidLoad method of ViewController. Tap the "Tap me" button - what does it say?