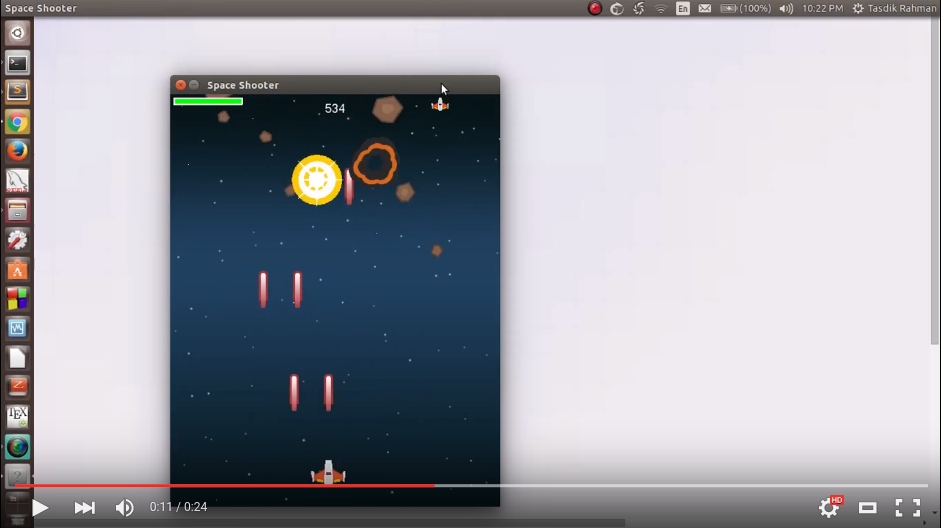 If your download was saved on the ~/Downloads folder

This will unzip the file on your Desktop, you can replace it with the directory of your choice

NOTE : If it gives you an error, you probably don't have unzip installed in your system.

That should fix the error.

A Similar process would be followed for OS X

You need to have pygame installed for this option.

You have to build from source to get it up and running on OS X. Reason? I don't have an OS X system to build the executable! So I would love for a Pull request on that one.

Building from source will do the trick though

This game was written in one day, so the coding standards might not be up the mark. Don't be shy to make a Pull request :)

You can report the bugs at the issue tracker

You can tweet me if you can't get it to work. In fact, you should tweet me anyway.

The game is a fork of the video instructions given by KidsCanCode. I have made several additional enhancements to it. Do check out their Channel!

Built with by Tasdik Rahman(@tasdikrahman) under MIT License

You can find a copy of the License at http://tasdikrahman.mit-license.org/

License for them is in Public Domain

If you have found my little bits of software being of any use to you, do consider helping me pay my internet bills :)