The Swipp core includes the QT wallet and the console daemon for the currency. 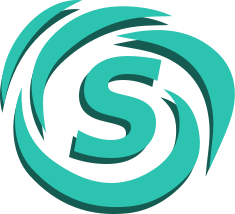 SWIPP is a modern cryptocurrency based on a secure hashing algorithm - offering blazingly fast anonymous transactions. The code base is actively developed by a skilled software engineering team with decades of experience.

The currency is a long-term project with a long-term development plan. The currency features sane returns and specifications intended to create a healthy cryptocurrency with longevity.

The first step is to clone the Swipp repository into a local directory on you computer. In order to be able to do this, we also need to install git:

Make sure you answer "Yes", to all the questions asked by apt-get.

When this is done, we need to install a few build tools in order for the build to succeed, such as GNU make and GCC:

After we have prepared the needed build environment, we also need to install a number of library dependencies used by the Swipp wallet:

If the build environment is properly prepared, we should be able to build the wallet by executing the following command:

With a little luck, the build succeeds, leaving you with an executable file "swippd" in the current directory.

The QT wallet needs a number of additional dependencies. Execute the following command to complement the build environment with the default libraries and build tools from QT:

Once completed, we should be able to generate the make file from the Swipp project file by running the following command:

If successful, this should generate an executable file "swipp-qt" in the current directory.

You can generate a distribution-independent AppImage executable by following the instructions in the section above.

Next, you simply execute the following script:

Once completed, you should end up with an executable "swipp-qt-x86_64.AppImage" file in the current directory. This executable is completely distribution-independent and should run on any recent linux variant and version.

The master branch is our main development branch. When you run or update to a new Swipp version, we recommend that you only use commits where a new version has been tagged. We tag new versions at regular intervals - even when we do not make an official release. Any tagged release can be considered stable and safe to run. Running any other version at any other commit in-between is not supported and done at your own risk.

The Swipp core includes the QT wallet and the console daemon for the currency.