Whelp. Guess I need to write my own RSS Reader now...

RSS readers are not as clumsy or random as a Twitter client. An elegant weapon for a more civilized age. -- @marksiegal

Antisocial is a reader for the true feed junky. The focus is on efficiently and swiftly gathering information from hundreds of feeds and feeding it to you in a streamlined manner. No share buttons, no seeing what feeds your friends are reading. Those things just slow you down. Antisocial is for information directly to your brain via your eyeballs (best we can do until we get a direct neural interface working).

I've had a few requests for screenshots. Antisocial is purposely quite minimal and design-wise it's pretty much just a standard Bootstrap application, so I haven't seen much point in it. Still people keep asking, so here's what it looks like: 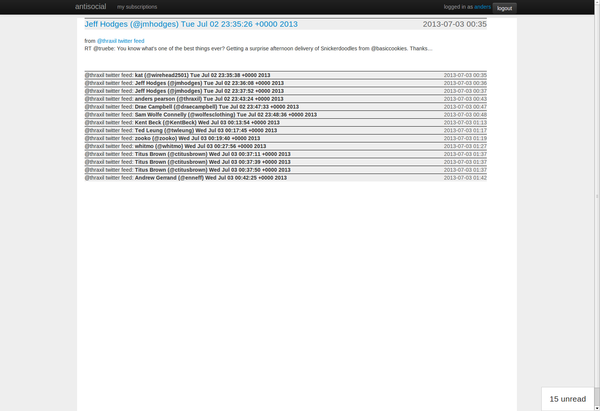 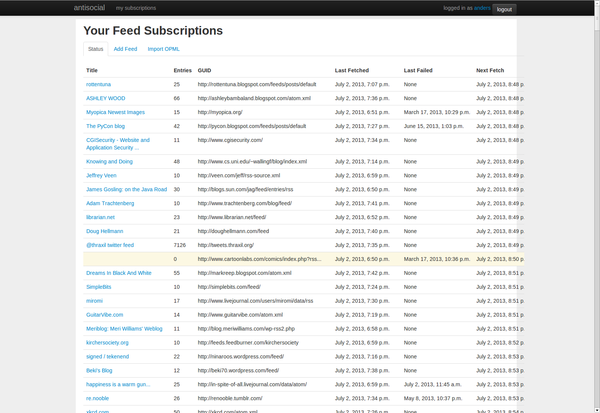 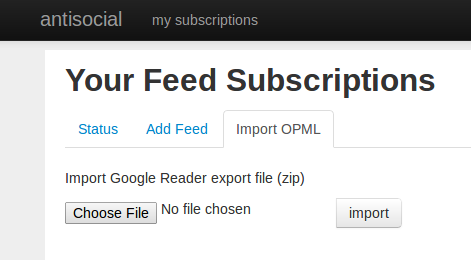 Whelp. Guess I need to write my own RSS Reader now...