This functionality has been integrated into CIDER itself. Don't use this project if using a version of CIDER with built-in profiling, as it would cause problems.

nREPL and CIDER support for thunknyc/profile. 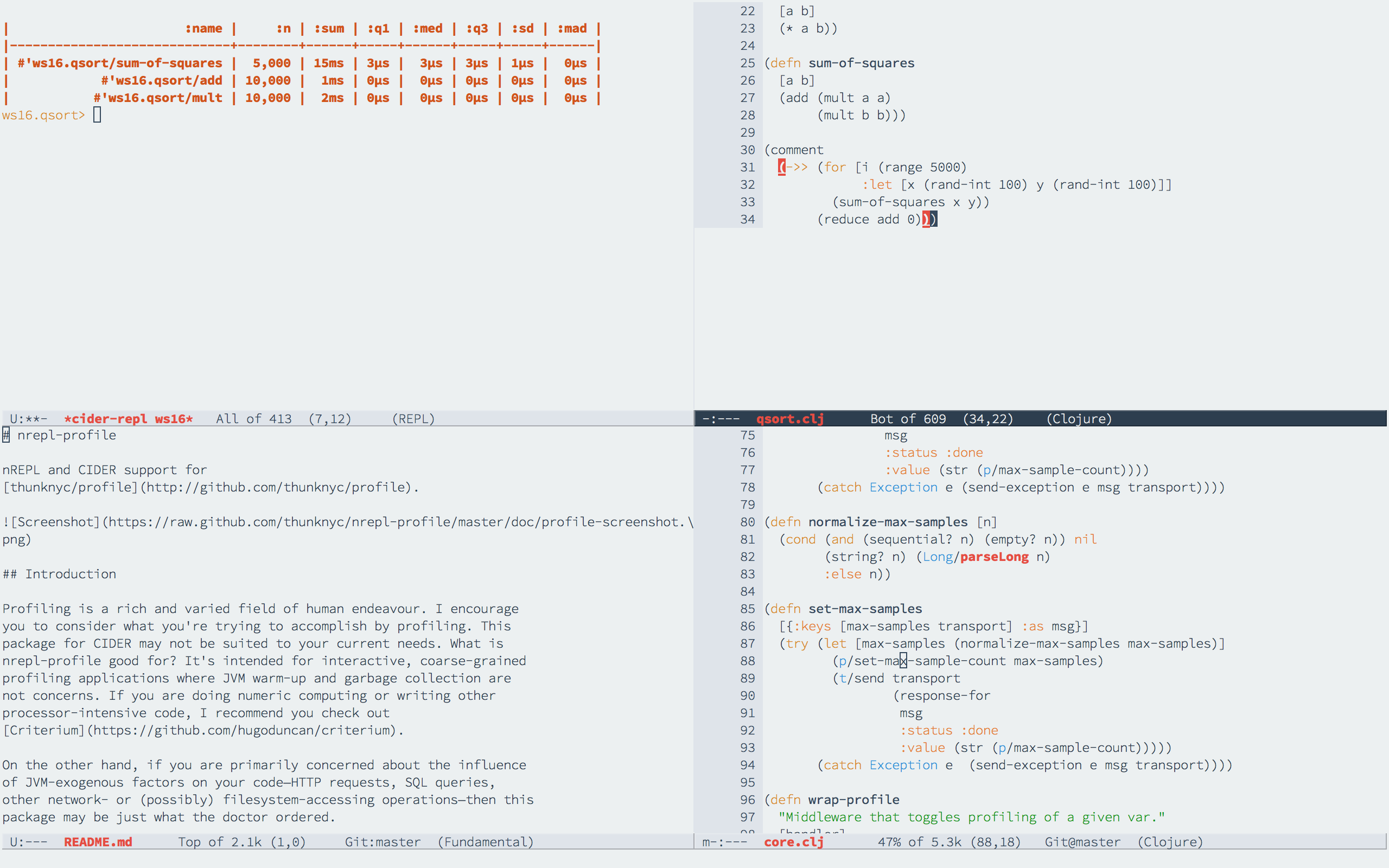 Profiling is a rich and varied field of human endeavour. I encourage you to consider what you're trying to accomplish by profiling. This package for CIDER may not be suited to your current needs. What is nrepl-profile good for? It's intended for interactive profiling applications where you do not expect a profiling tool to automatically compensate for JVM warm-up and garbage collection issues. If you are doing numeric computing or writing other purely functional code that can be executed repeatedly without unpleasant side effects, I recommend you at the very least check out Criterium.

If you are primarily concerned about the influence of JVM-exogenous factors on your code—HTTP requests, SQL queries, other network- or (possibly) filesystem-accessing operations—then this package may be just what the doctor ordered.

Add [thunknyc/nrepl-profile "0.1.0-SNAPSHOT"] to the vector associated with the :plugins key of your :user profile inside ${HOME}/.lein/profiles.clj. Schematically, like this:

Obviously the plug-in for CIDER needs to be in there too.

Add the following to your init.el, .emacs, whatever:

If you would like to display profiling statistics in the current repl window instead of in a pop-up window, do the following:

Cider-profile includes the following keybindings out of the box: