Simple, hierarchical, prioritized to do lists in plain text

Sublime Text package for to do lists

This package is a simple tool for creating to do lists with the following features: 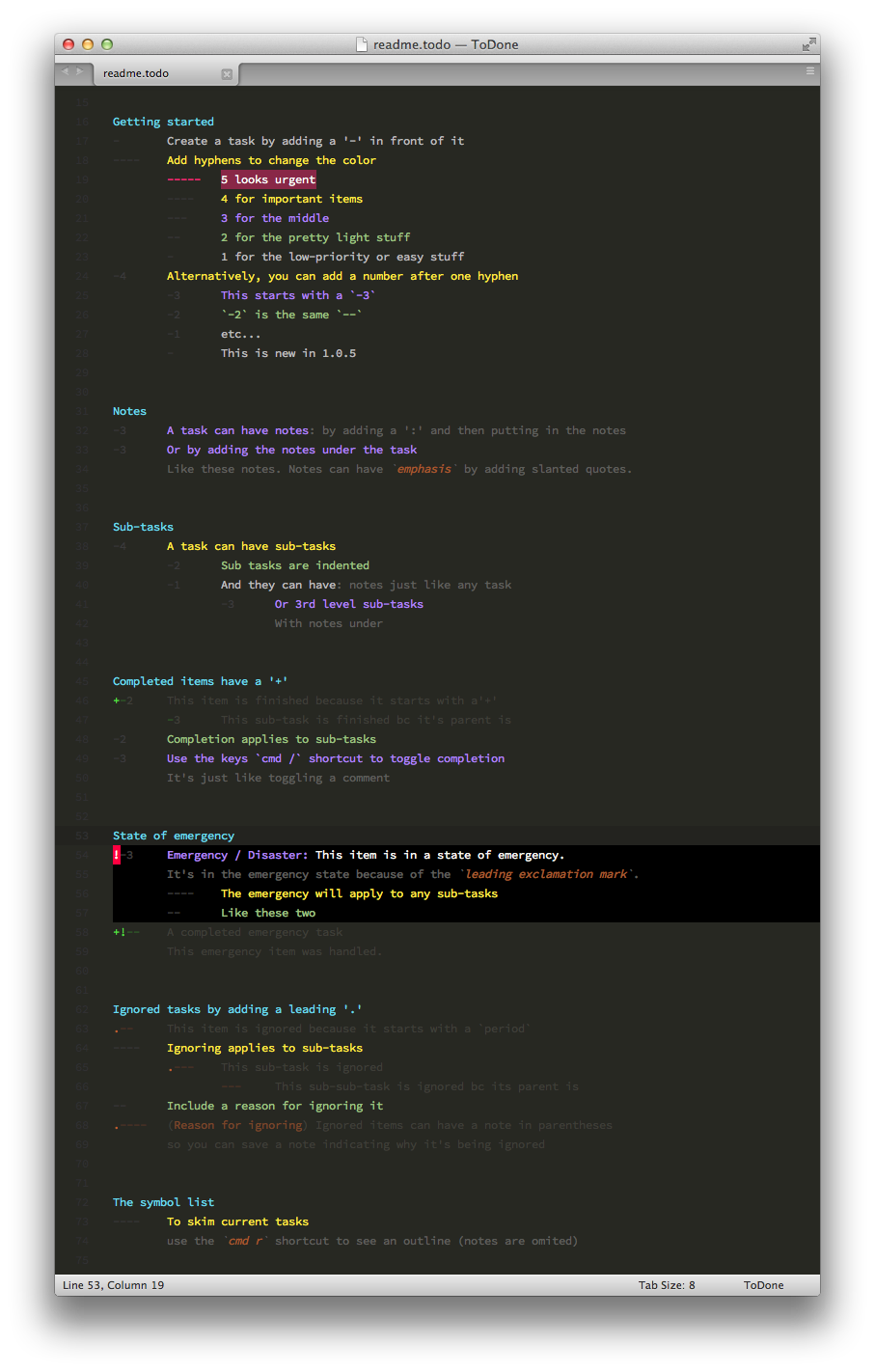 To do lists are just plain text files with syntax highlighting applied. The intent is for this to make them easy to manage.

The format for a task item is generally a hyphen then a hard-tab then the task title:

The number of hyphens indicates the importance of the task: 5 hyphens for the most important, 1 hyphen for the least important.

Sub tasks are the same as any other task, they are just indented.

A task can have notes associated with it. There are three formats for notes:

Same line - All text after a colon :

Text within a note can be emphasized by wrapping it with back quotes: `

Completed tasks have a plus sign + in front of the first hyphen. The completed state can be toggled using the "Toggle Comment" shortcut (super+/ for Mac or ctrl+/ for Linux and Windows). Any sub-tasks are automatically considered completed, as well.

Tasks can be emphasized by putting an exclamation mark ! in front of the tasks first hyphen. This state is applied to any sub tasks.

Tasks can be dimmed to make them easier to ignore by putting a period . in front of the tasks first hyphen. A note about the cancellation can be defined by enclosing text in parentheses at the beginning of the title of the task. This state is applied to any sub tasks.

The goto menu (super+r on Mac) is set up to show only current tasks. Completed tasks and cancelled tasks are filtered out. 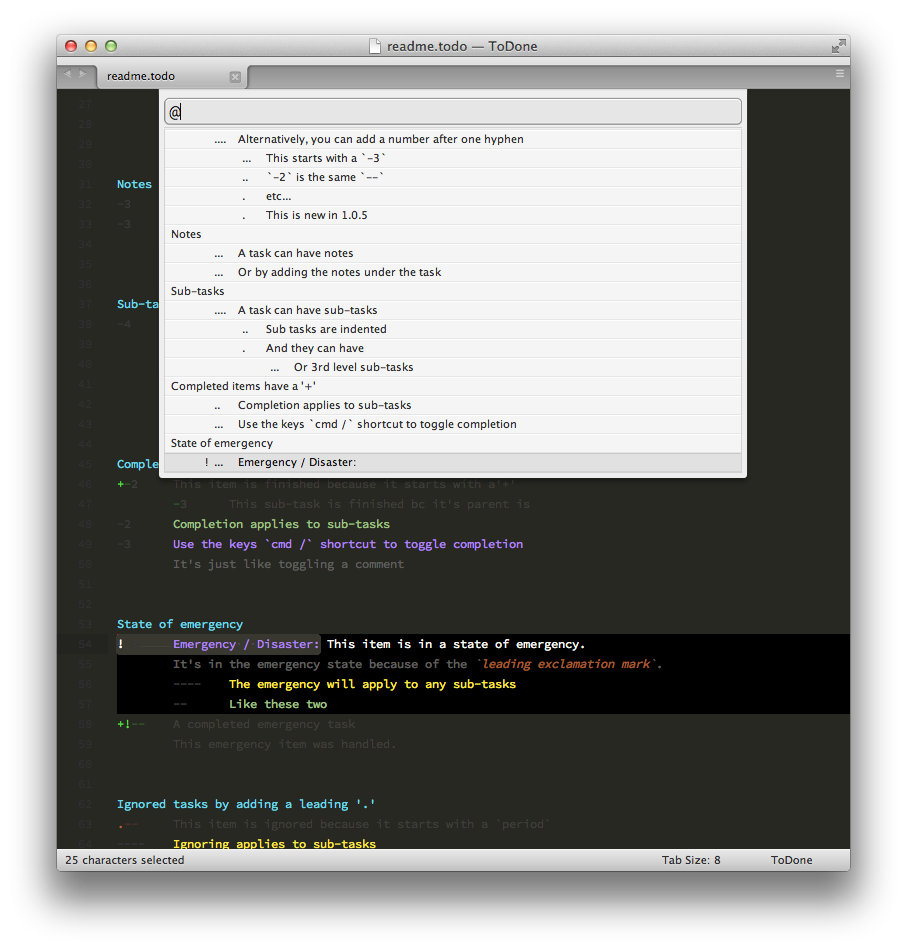 Simple, hierarchical, prioritized to do lists in plain text