The LiteX Build Environment is a tool for easily developing LiteX based systems. It was originally designed to make the TimVideos' HDMI2USB easy to develop, but has now expanded to support multiple projects. 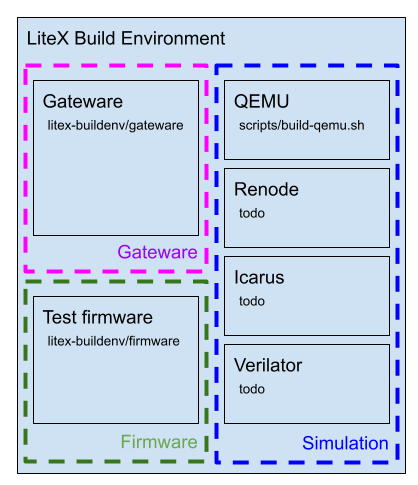 The LiteX Build Environment supports a large number of FPGA boards, but not all boards can be used for all projects.

The Gateware is the configuration which generates our FPGA bitstream. It is generally defined by a platform and a target. You can find details for these under the platform and target directories in this project.

The environment is the shell setup and software packages provided by litex-buildenv which allow for litex based FPGA development. It provides development, build and troubleshooting capabilities.

To bootstrap or update your environment one generally does: 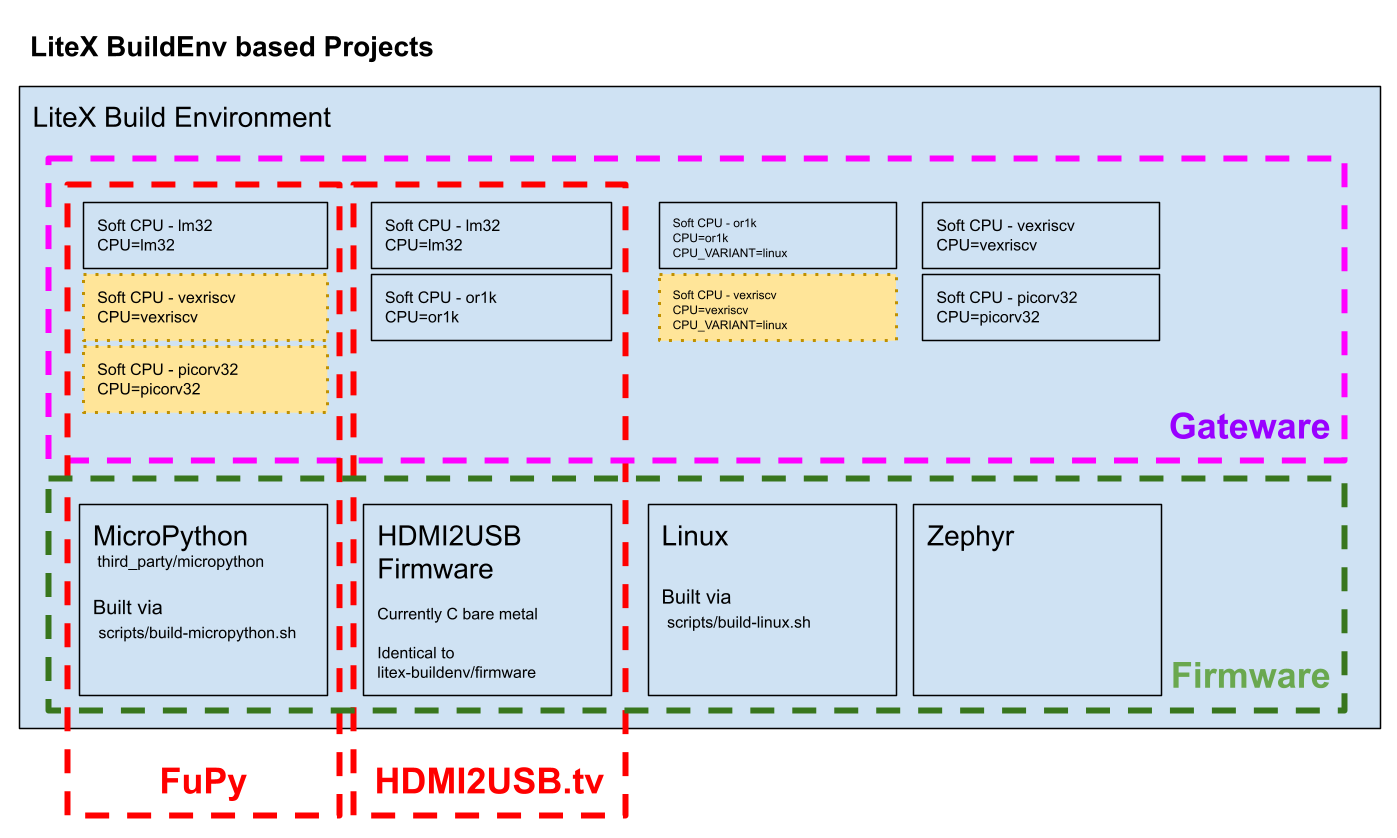 This code was developed by the people found in the AUTHORS file (including major contributions from EnjoyDigital) and released under a BSD/MIT license.

Code under the third_party directory comes from external sources and is available in their own licenses.