Guide for installing React on Rails 6 for the CVWO 2019/2020 winter assignment.

If you face any issues during installation, please feel free to browse or post on the forums as other applicants might have the same problems.

React is a JavaScript library created by Facebook. It is a User Interface (UI) library, which more simply put is a tool for building UI components (also known as frontend).

What is Ruby on Rails?

Ruby on Rails, also known as Rails, is a server-side (also known as backend) web application framework written in the Ruby language.

What is React on Rails?

Since the release of Rails 6 in August 2019, Webpacker (a javascript compiler) is built in to Rails by default. This has made it easier for React and Rails to be integrated together, giving rise to a full-stack framework known unofficially as React on Rails. Given the widespread popularity of React, we have decided to include it in this winter assignment.

1. Install and Setup Ruby on Rails

Install and setup the latest version of Ruby on Rails with a database.

We recommend following this Installation Guide by GoRails.

At this point, you should be able to start building a simple Rails application (without React). You might want to checkout this introductory tutorial to Ruby on Rails before moving on, especially if you have no prior Rails experience.

Move to the application directory

At this point, if everything went well, you have successfully created a React on Rails application! Before moving on however, You might want to familiarize yourself with React, especially if you have no prior React experience. Do checkout this introductory tutorial to React.

3. A simple React on Rails application

To start the Rails application, use the following command:

Now go to your browser and go to localhost:3000. You should see a page that looks like this: This command does a few things:

Now if you were to go to your browser and go to localhost:3000/welcome/index, you should see a page that looks like this: 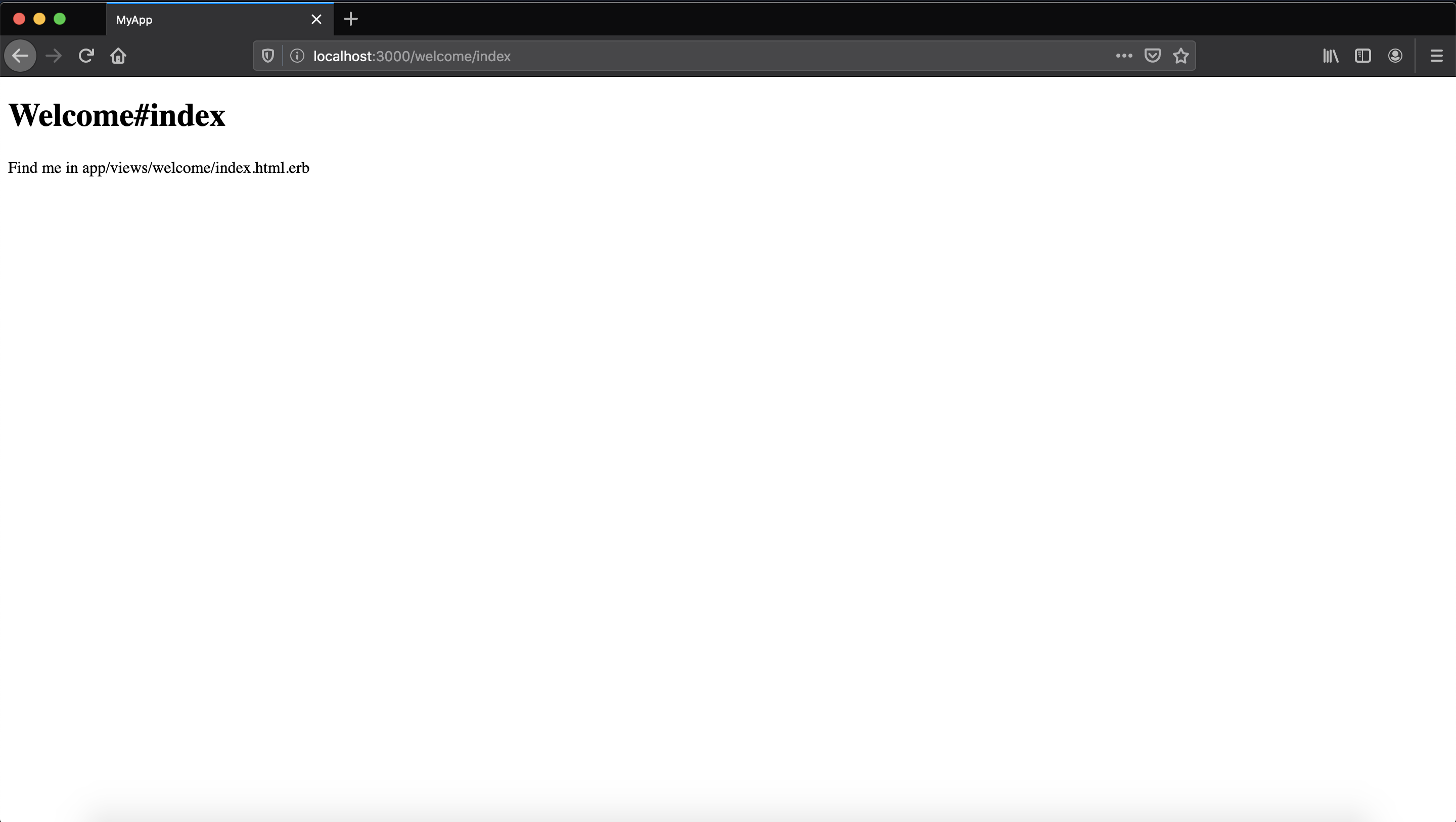 This creates a React Component file called "HelloWorld" at app/javascript/components/HelloWorld.js

Note: Your component is added to app/javascript/components/ by default.

Now go to the app/views/welcome/index.html.erb you created in the previous step and add the following line to the bottom of the file:

Now if you were to go to your browser and go to localhost:3000/welcome/index, you should see a page that looks like this: 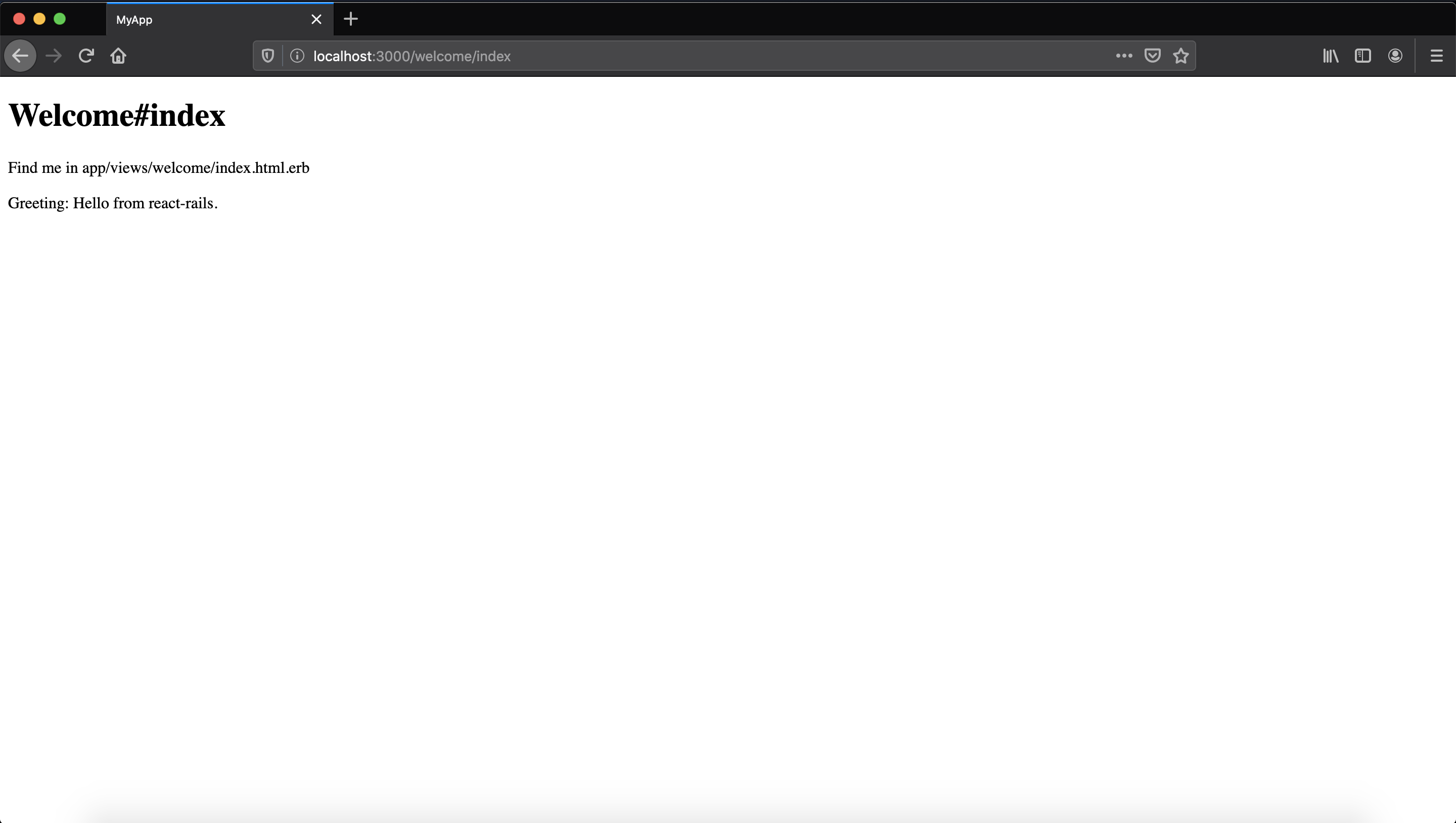 You have successfully integrated a React component into the file!

If you have made it this far, you are already halfway there!

Do note that the method above (embedding the React component directly into the View) is only one of many ways to integrate React with rails, though it is the simplest and most beginner friendly.

The more common and cleaner way to do it (and also how we do it in CVWO) is to use Rails as a data JSON API endpoint, with React reading the data from the endpoint. This guide provides a tutorial on a basic setup with such a design.

Now that you have a basic Rails setup, the rest is up to your imagination and a bit of wishful thinking. All the best for the rest of your assignment :)