Finds security holes in your Python projects from PyCharm and GitHub

Use this GitHub Action with your project

Add this Action to an existing workflow or create a new one.

A plugin to run security checks for common flaws in Python code and suggest quick fixes.

Check out the webinar for a full demo of the functionality in this plugin: 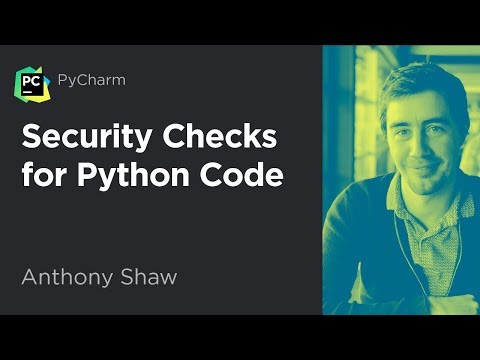 Documentation is available on pycharm-security.readthedocs.io, including examples and explanations for all the checks.

Plugin has support for snyk.io as the vulnerability database. Snyk offers an up to date and in-depth database of Python package issues. Your installed packages will be checked against a live database of PyPi issues (subscription required.) This plugin will check the installed packages in your Python projects against the SafetyDB and raise a warning for any vulnerabilities.

If you would like to alter or add new checks and fixes, see the Development page.

Credit to the PyUp.io team for the SafetyDB. This project uses SafetyDB to scan packages, SafetyDB is licensed under "Attribution-NonCommercial 4.0 International" license.

Finds security holes in your Python projects from PyCharm and GitHub