All of those being integrated inside the webpack workflow (both at dev & build time). Check the WIKI for more infos about how I managed this part of the app.

The motivation of this project is to try out RxJS, without relying on any framework (CycleJS, ReactJS or AngularJS 2), not to experience the library in a specific context.

So far, I implemented the following features:

Works on both desktop/mobile, but you'll enjoy it more on your tablet/phone (with touch and accelerometer). 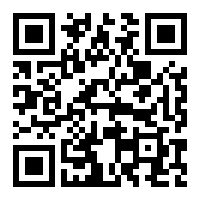 Run the Demo / Check out the sources of the Observables

For the purpose fo this project, I developed the following:

Based on the boilerplate topheman/webpack-babel-starter (the v2 using webpack 2).

If you need to access from a remote device (such as a smartphone on the same network), just LOCALHOST=false npm start and your site will be accessible via your IP (which will be output on the terminal at launch).

I'm using sensors-checker to check for accelerometer (since you can't only rely on feature detection). To disable this detection (and be able to use the accelerometer emulator of the devtools), just:

The ./build directory is ignored by git, it will contain a dist directory which holds the distribution version of your website (the one that you will ship once built).

All the build tasks will create a built version of the project in the ./build/dist folder, cleaning it before making the build.

npm run serve-dist will serve your ./build/dist folder at http://localhost:3000 so that you could test the built version you just made.

You can customize the behavior of the scripts by specifying environments vars:

Permission is hereby granted, free of charge, to any person obtaining a copy of this software and associated documentation files (the "Software"), to deal in the Software without restriction, including without limitation the rights to use, copy, modify, merge, publish, distribute, sublicense, and/or sell copies of the Software, and to permit persons to whom the Software is furnished to do so, subject to the following conditions: The above copyright notice and this permission notice shall be included in all copies or substantial portions of the Software. The Software is provided "as is", without warranty of any kind, express or implied, including but not limited to the warranties of merchantability, fitness for a particular purpose and noninfringement. In no event shall the authors or copyright holders be liable for any claim, damages or other liability, whether in an action of contract, tort or otherwise, arising from, out of or in connection with the software or the use or other dealings in the Software.