There are parts for one wheel: 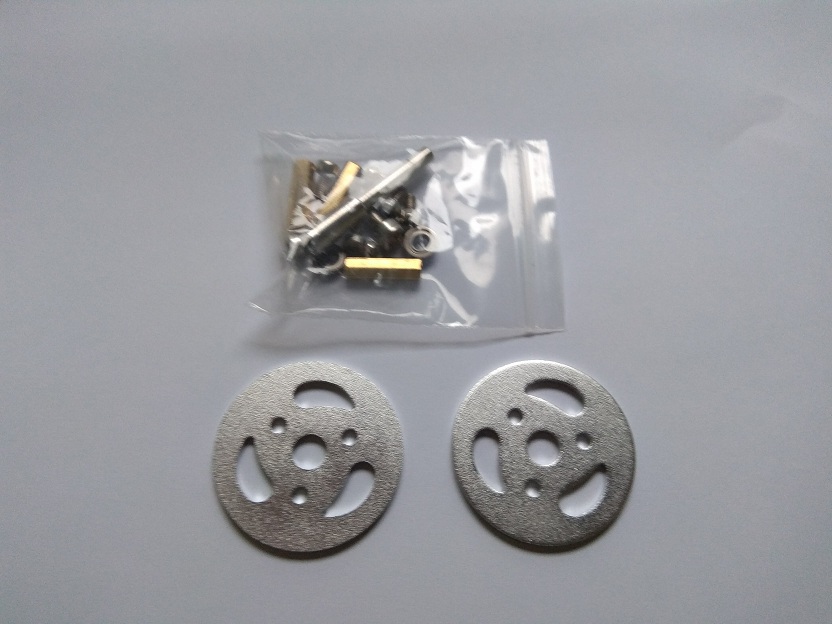 There are parts for a driving wheel: 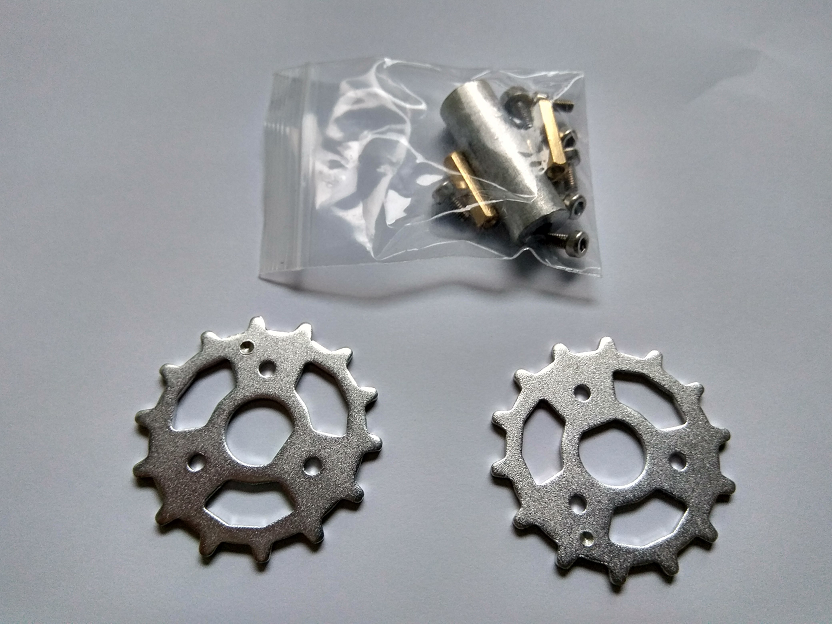 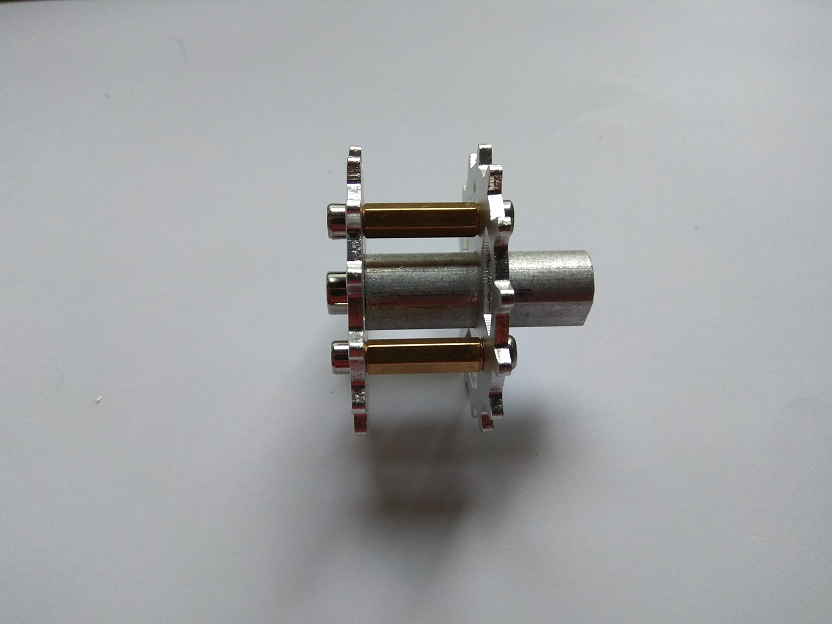 Assemble sides of the chassis

Attach shock absorbers and springs to the side. 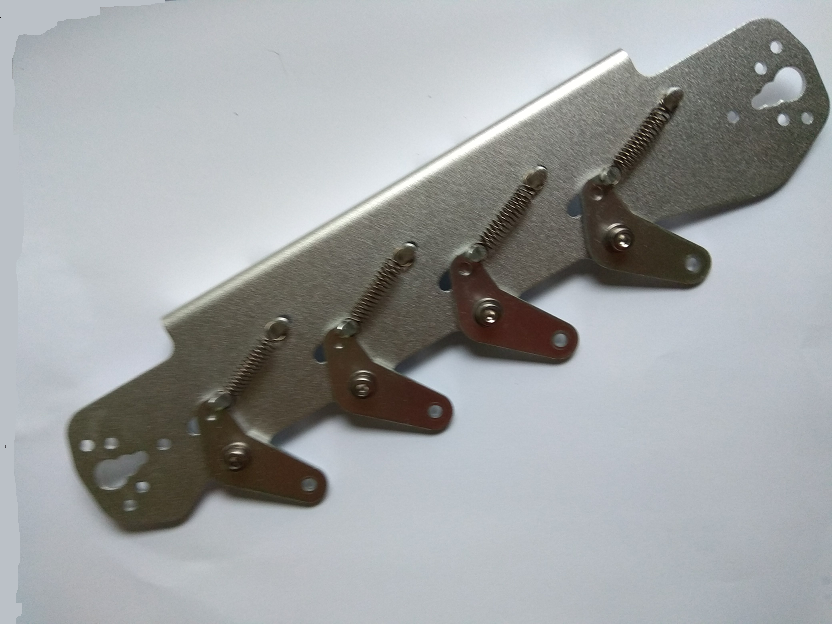 Attach the motor to the side with M3 screws

Attach the driving wheel to the motor shaft: 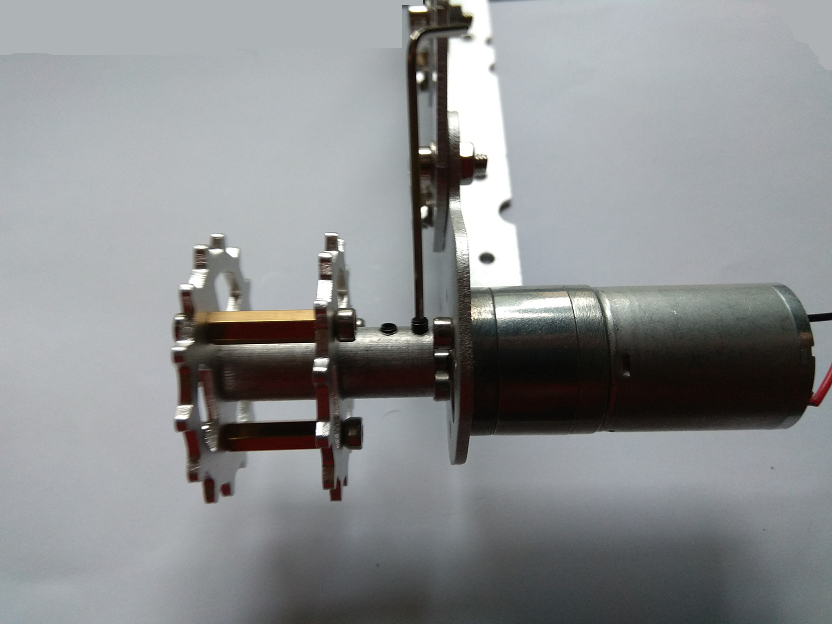 Attach a wheel to another end of the side with two washers and M4 screw: 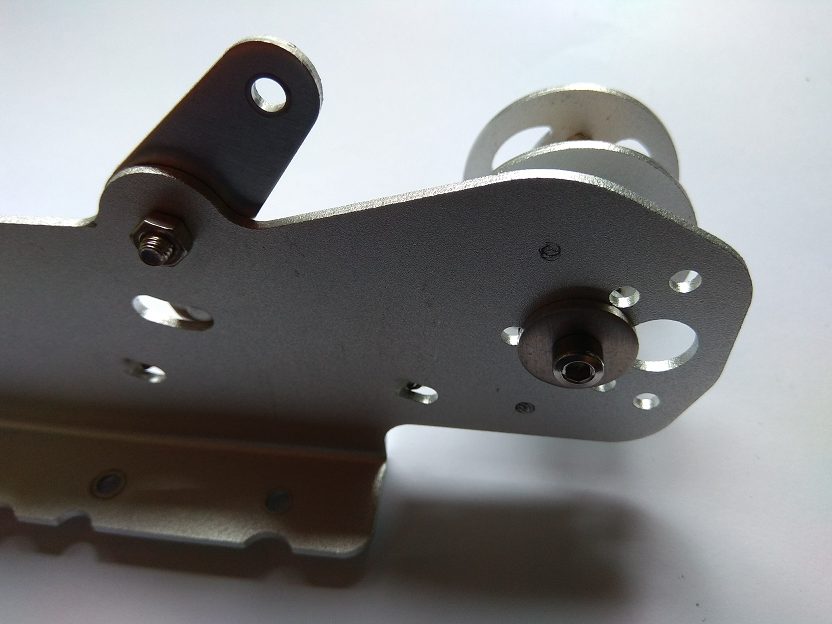 Then attach the other wheels the same way. 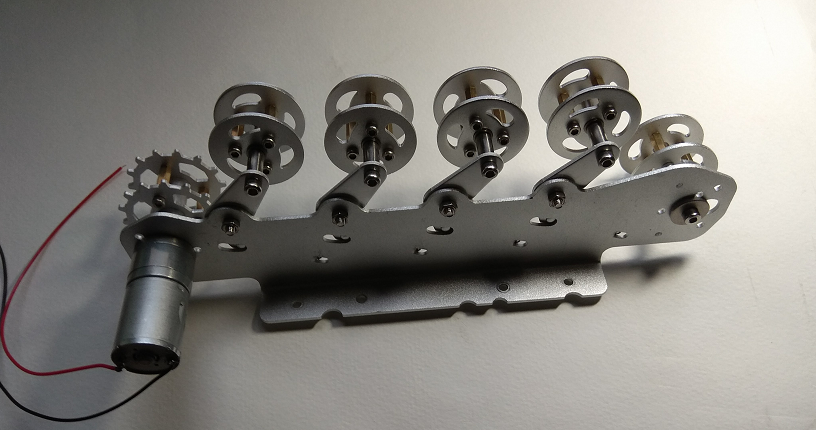 Put tracks on the wheels with wheels rims between the track teeth. Adjust the tracks length and connect both sides with a black needle.

Using M4 screws attach side to the plate. 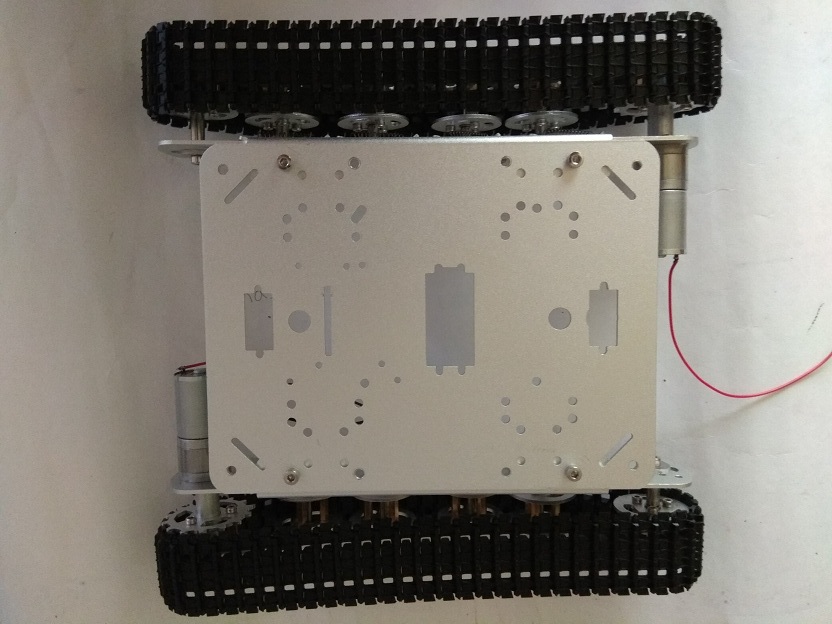 Using black M3 screws attach the brass standoffs at top of the plate. 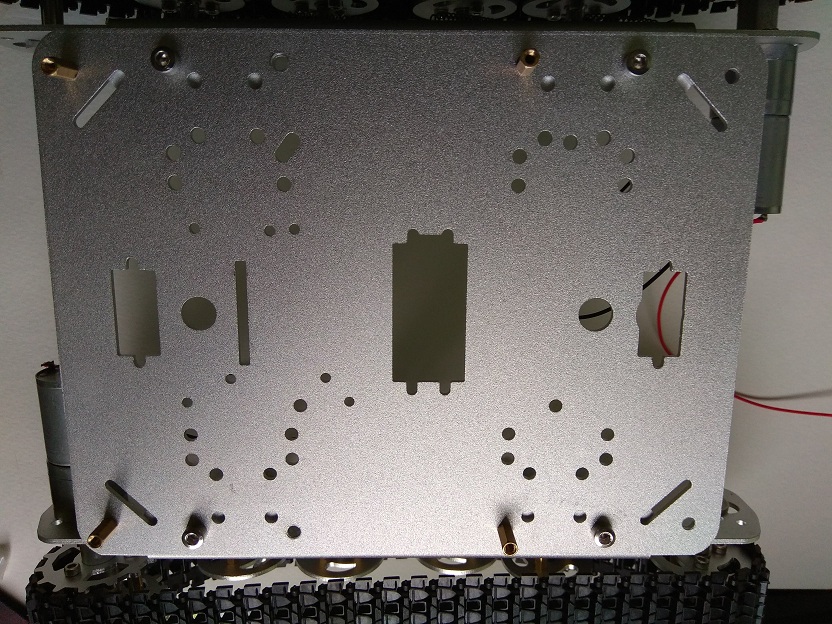 Attach battery holder to the plate 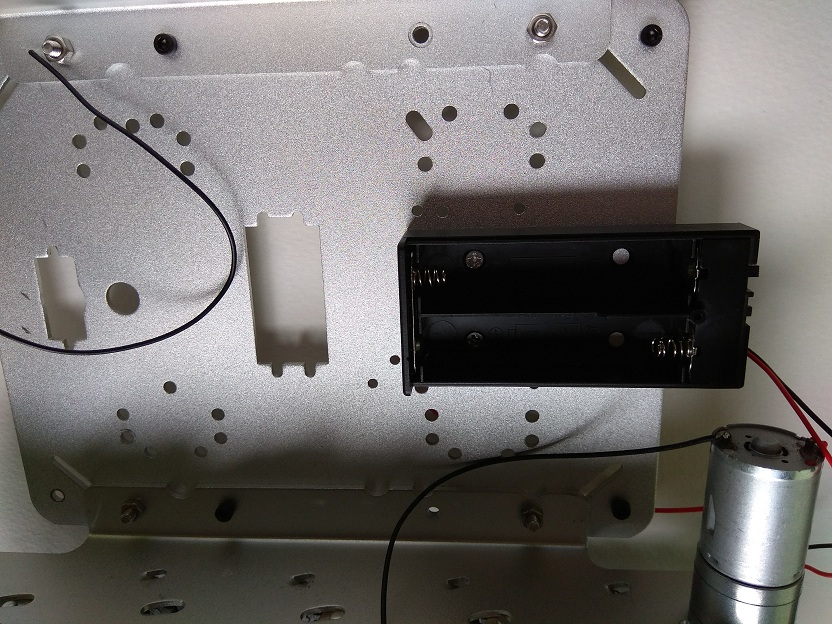 Use this exellent guide from Adafruit to assemble the stand.

Using 2 M2 screws and nuts attach the camera stand with rear holes. Make sure the stand mount allows to tilt to the right angle to the right and left. 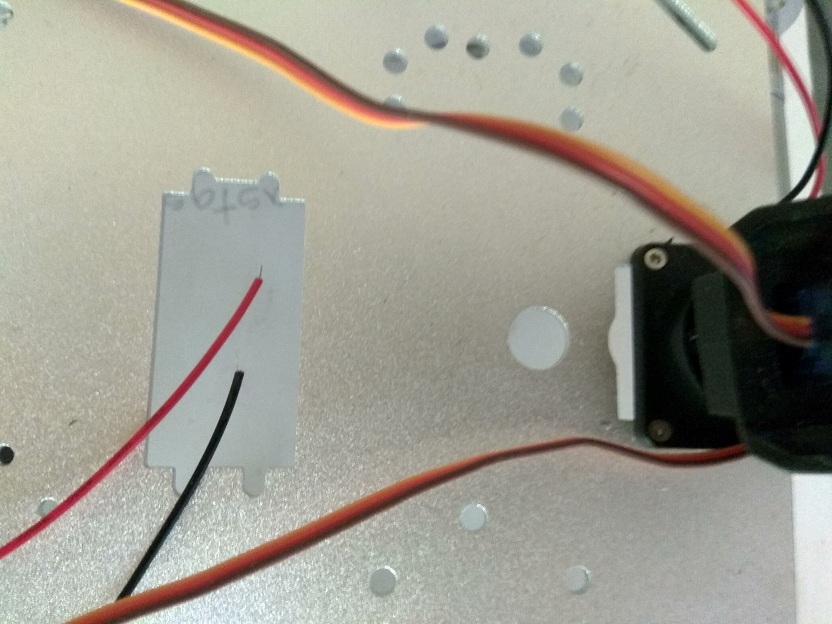 Attach Camera and the ultrasonic sensor to the camera board 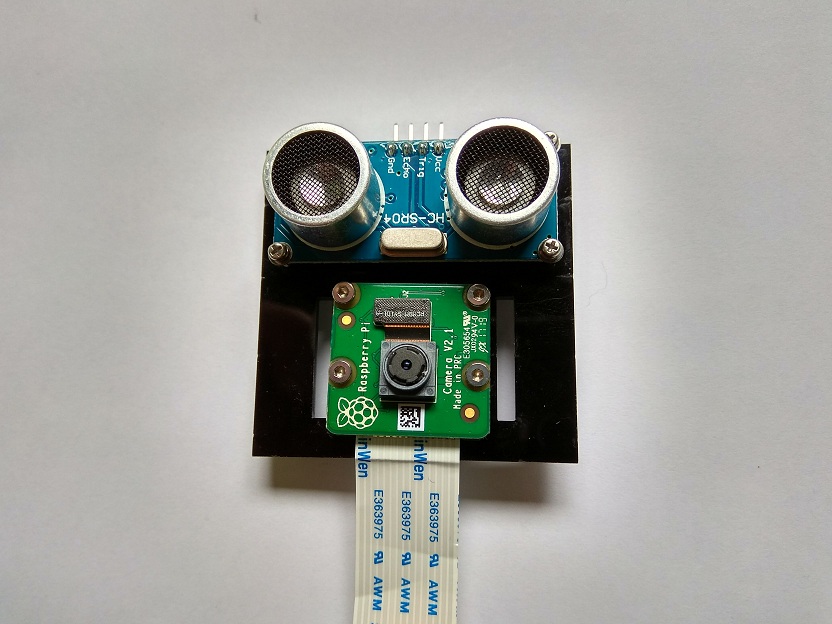 Attach camera board to stand

Using the vertical slots set the board on the stand fins. Pull the camera cable underneath into the gap between servo-motor and lower part of the stand 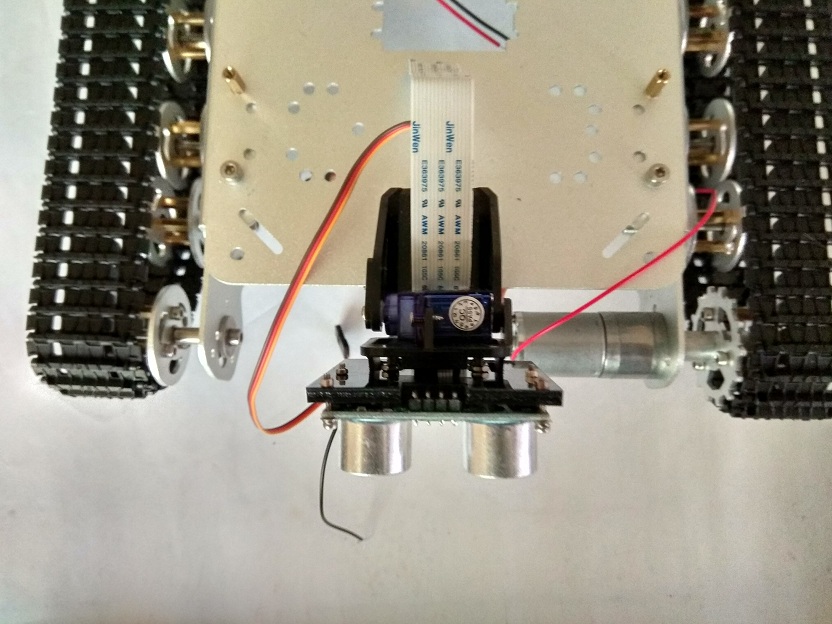 We recommend to set up SD card and insert it into Raspberry Pi before putting it on the acrylic plate. 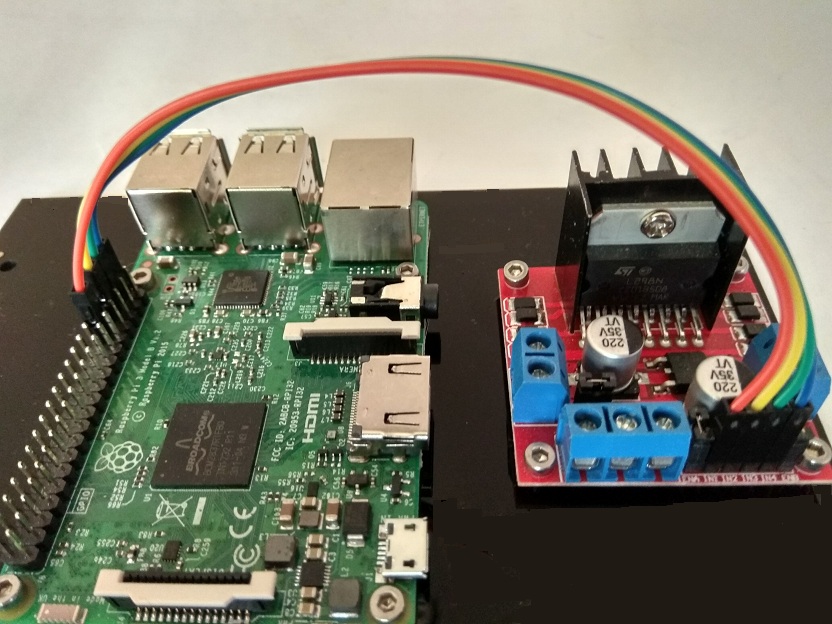 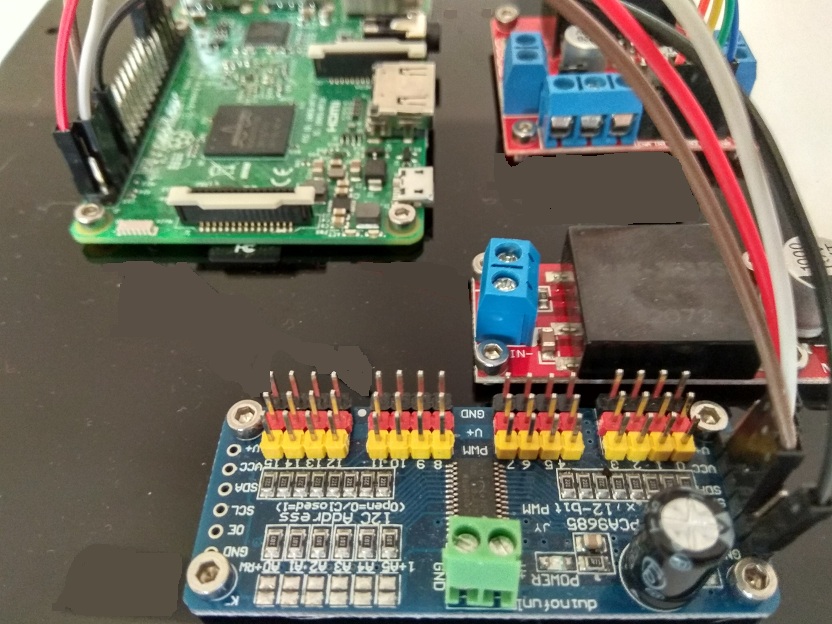 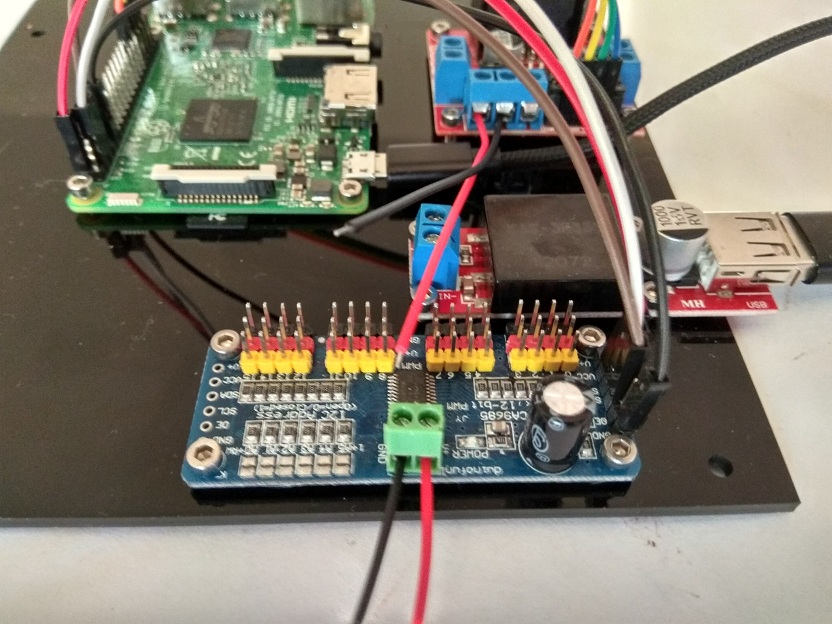 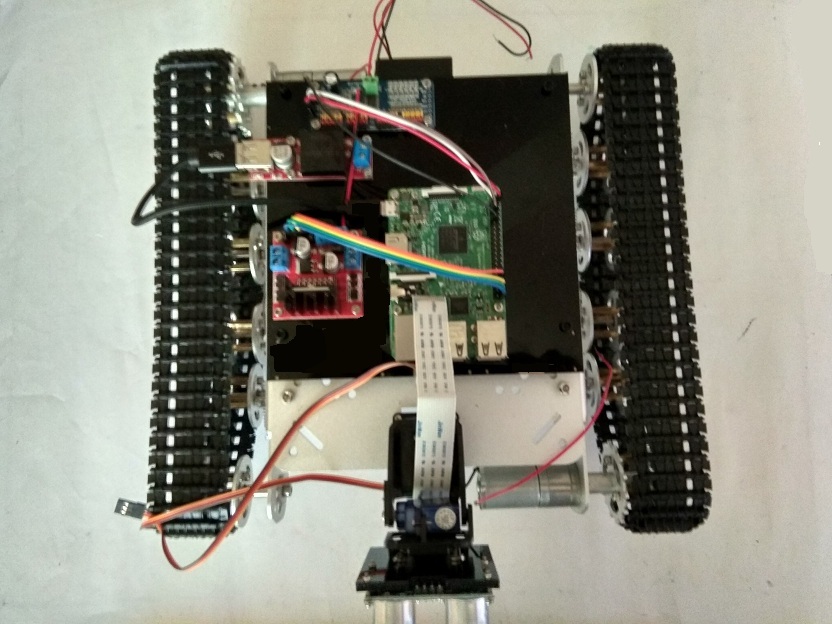 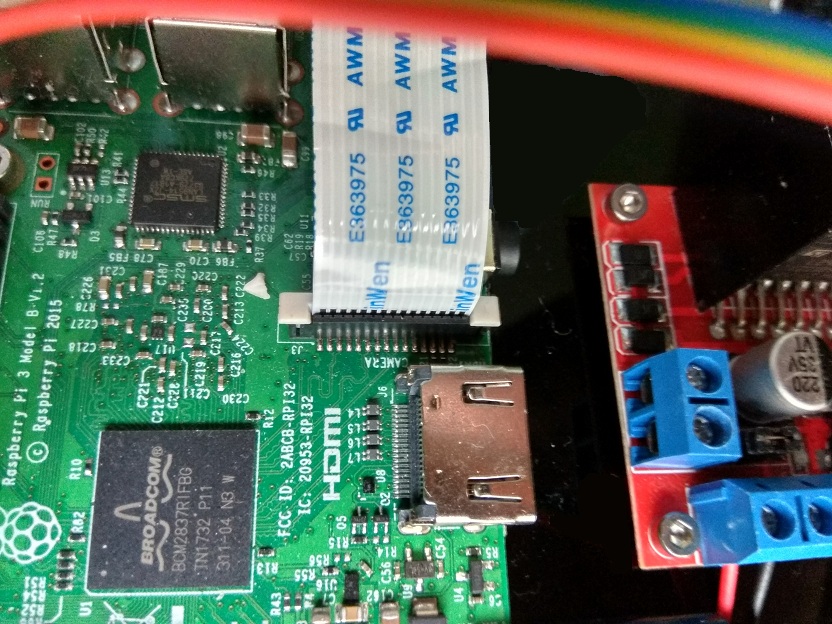 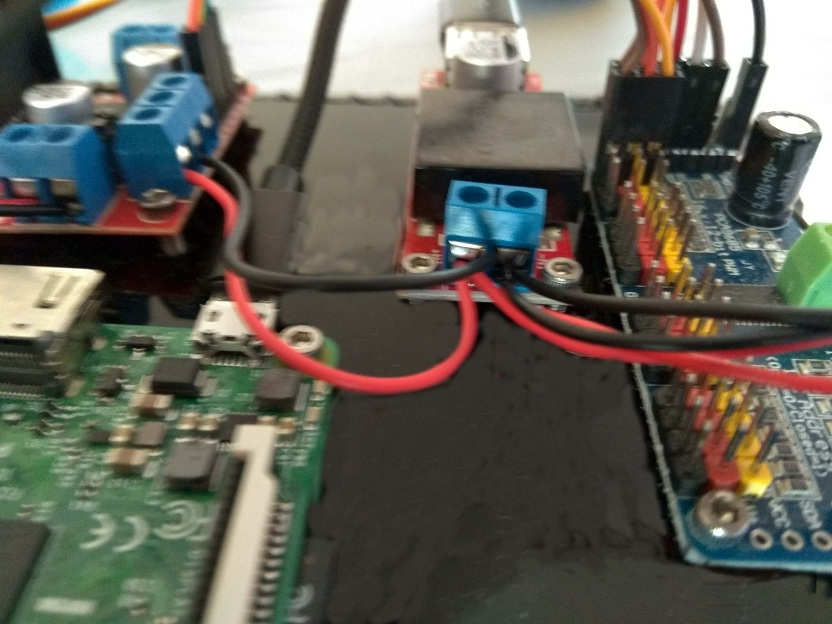 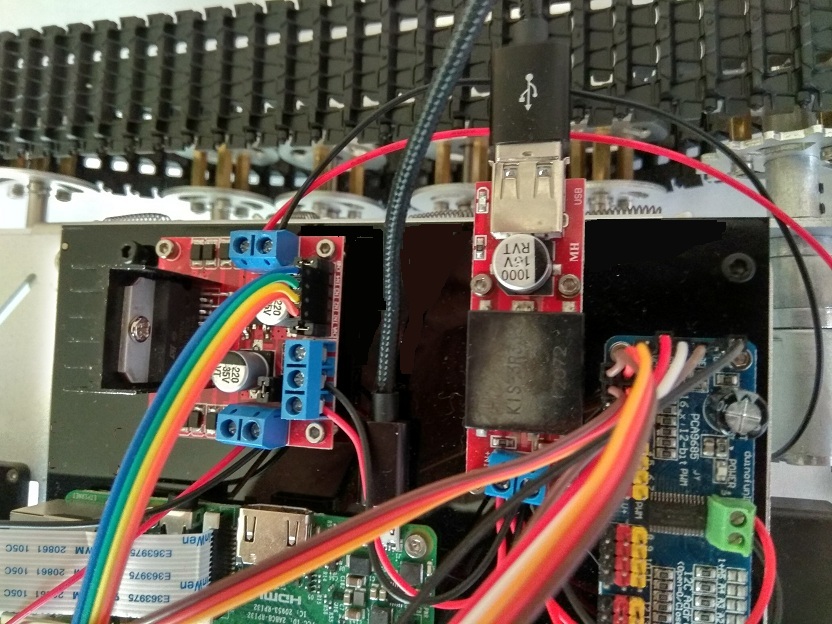 Then attach 3 more wires of the ultrasonic sensor: 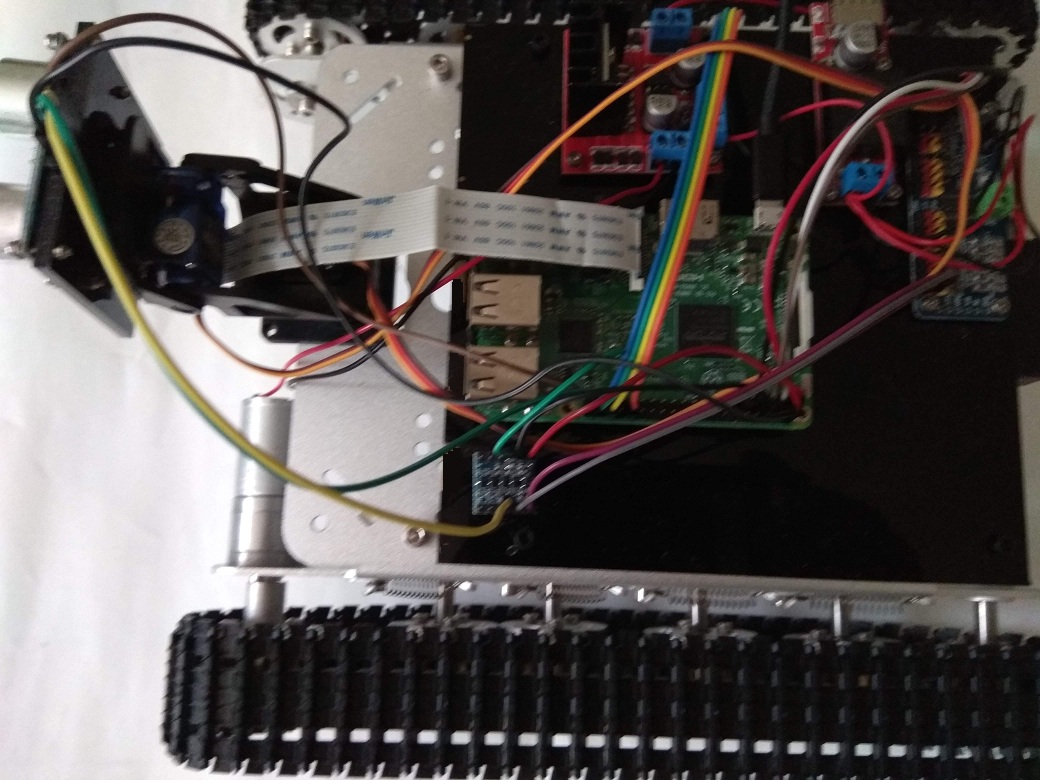 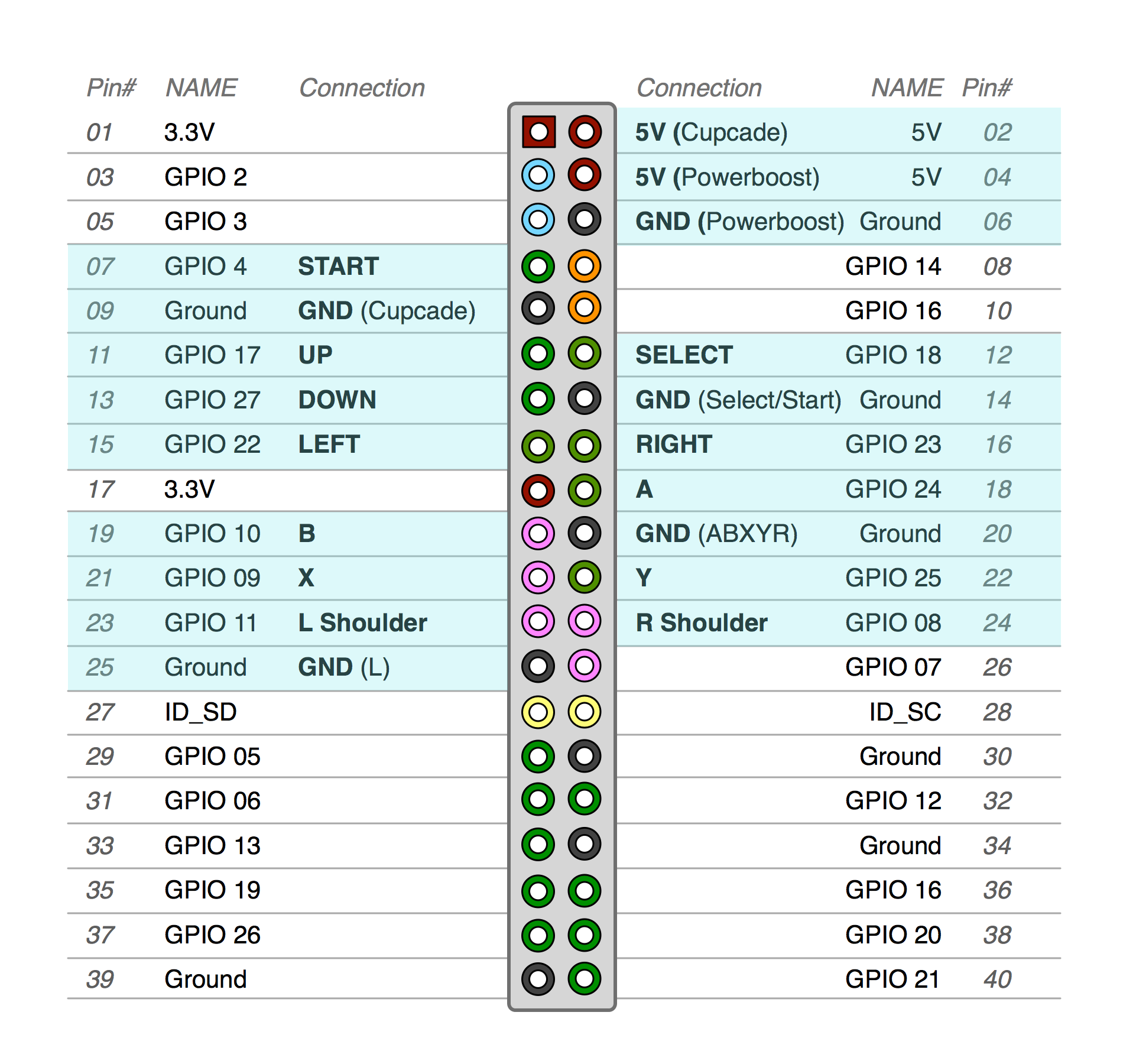 Turn the tank on

On this screen you can:

You can get more info or buy the tank on the product site.