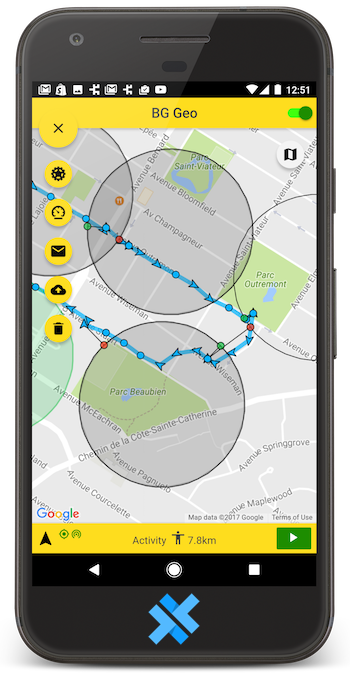 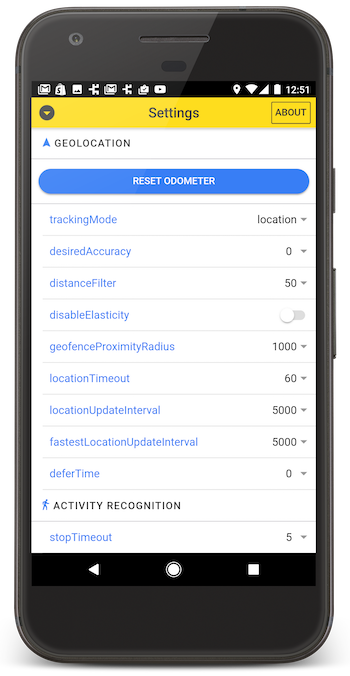 If you get an iOS build error, this usually fixes it:

The quickest way to see the plugin in-action is to boot the iOS simulator and simulate location with Freeway Drive.

The demo is composed of three separate and independent sub-applications: 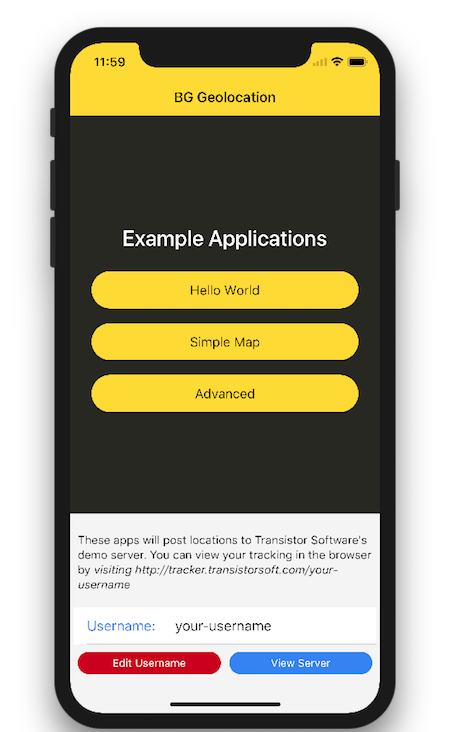 The demo app is configured to post locations to Transistor Software's demo server, which hosts a web-application for visualizing and filtering your tracking on a map.

Make your username unique and known only to you — if every one uses "test", you'll never find your device!) 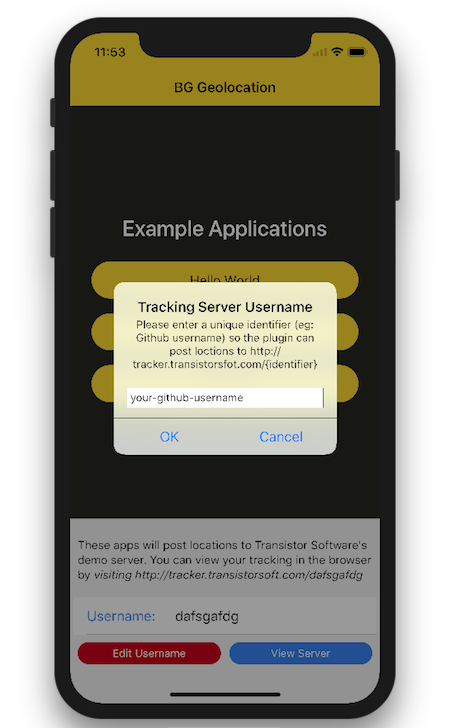 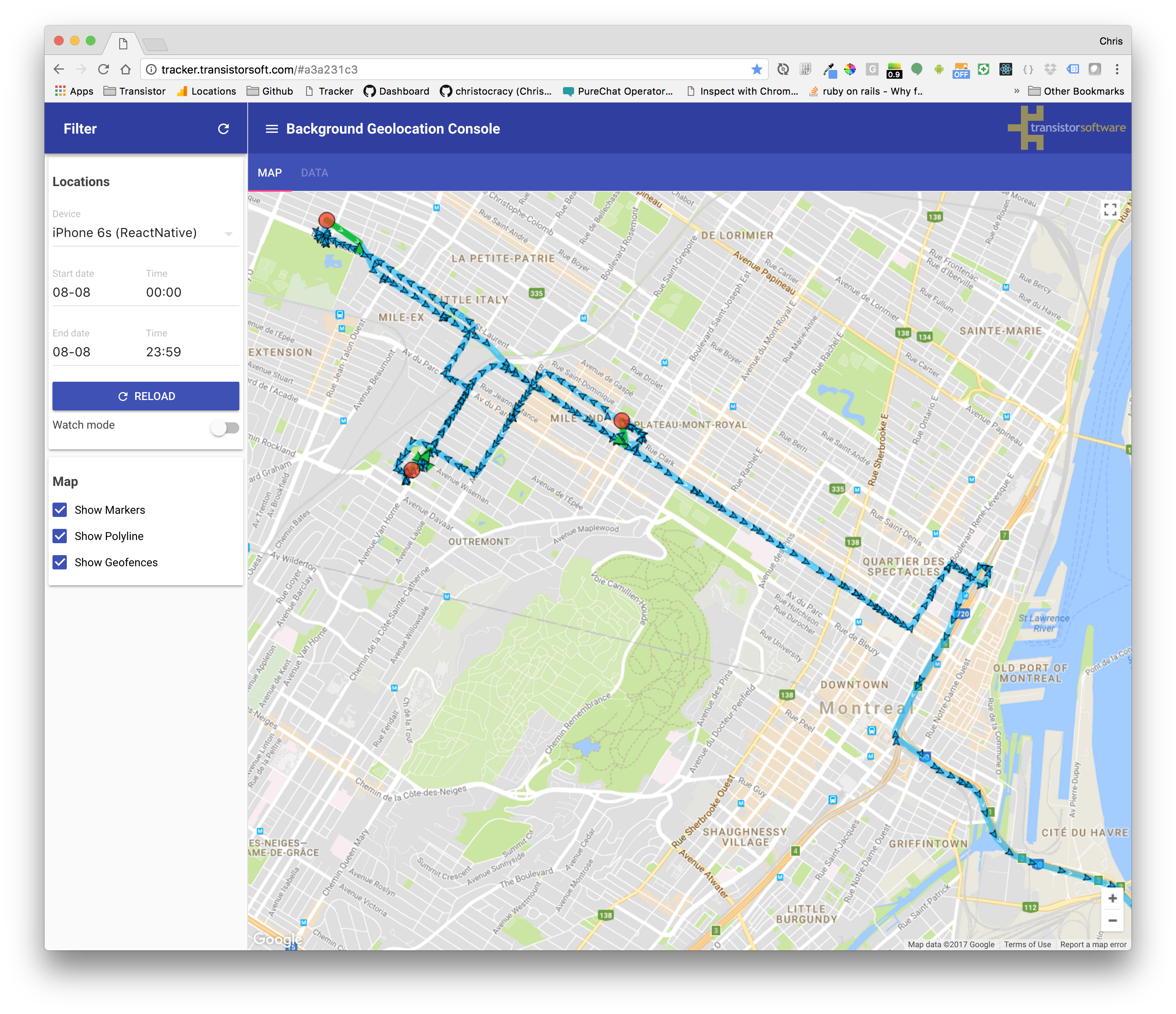 The app implements a longtap event on the map. Simply tap & hold the map to initiate adding a geofence. 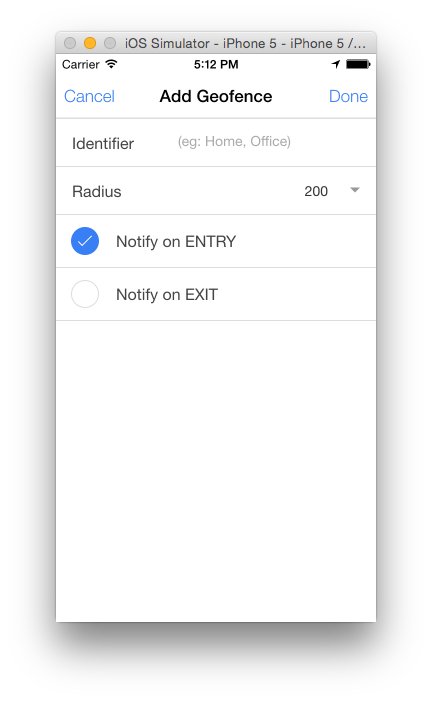