The intersection of science, politics, personal opinion, and social policy can be rather complex. This junction of ideas and disciplines is often rife with controversies, strongly held viewpoints, and agendas that are often more based on belief than on empirical evidence. Data science is particularly important in this area since it provides a methodology for examining the world in a pragmatic fact-first manner, and is capable of providing insight into some of the most important issues that we face today.

The recent high-profile police shootings of unarmed black men, such as Michael Brown (2014), Tamir Rice (2014), Anton Sterling (2016), and Philando Castile (2016), have triggered a divisive national dialog on the issue of racial bias in policing.

These shootings have spurred the growth of large social movements seeking to raise awareness of what is viewed as the systemic targeting of people-of-color by police forces across the country. On the other side of the political spectrum, many hold a view that the unbalanced targeting of non-white citizens is a myth created by the media based on a handful of extreme cases, and that these highly-publicized stories are not representative of the national norm.

In June 2017, a team of researchers at Stanford University collected and released an open-source data set of 60 million state police patrol stops from 20 states across the US. In this tutorial, we will walk through how to analyze and visualize this data using Python. 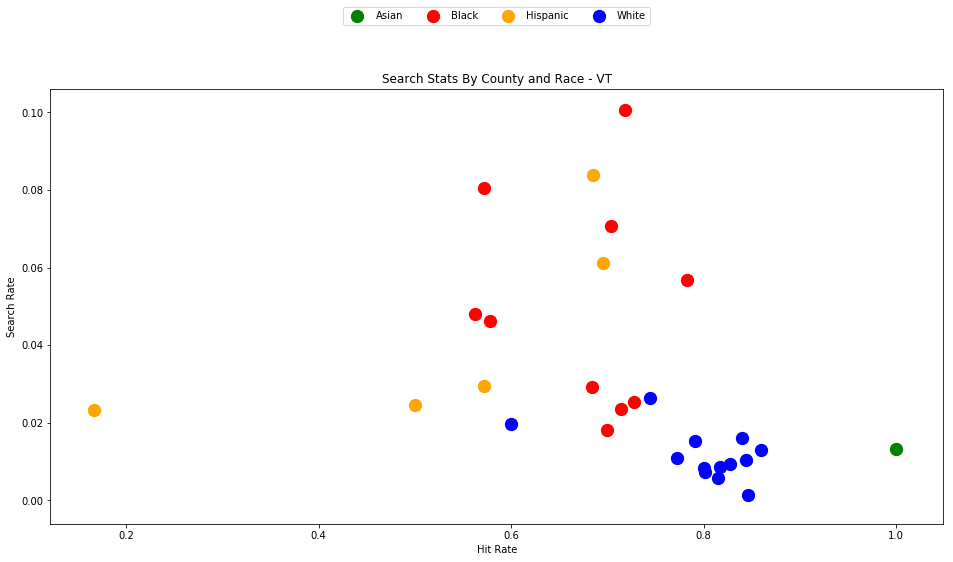 To preview the completed IPython notebook, visit the page here.

This tutorial and analysis would not be possible without the work performed by The Stanford Open Policing Project. Much of the analysis performed in this tutorial is based on the work that has already performed by this team. A short tutorial for working with the data using the R programming language is provided on the official project website.

This iPython notebook is 100% open-source, feel free to utilize the code however you would like.