Replace faces in any video with your own! Made for Terrible Hacks

This is a terrible hack I made in 6 hours for the TerribleHack hackathon (see other entries), a parody hackathon for making stupid things. See the DevPost submission for more screenshots and explanation.

It uses OpenCV and dlib to perform face pose detection on downloaded Youtube videos and webcam photos. It then uses a triangulation of the detected face points to texture map a picture of your face onto the faces in the video. The face detection is computed beforehand in a C++ program and outpus location data in a JSON file, which is read by a Three.JS web page that renders the video and synchronizes the mapped rendering of a face on top of the video. 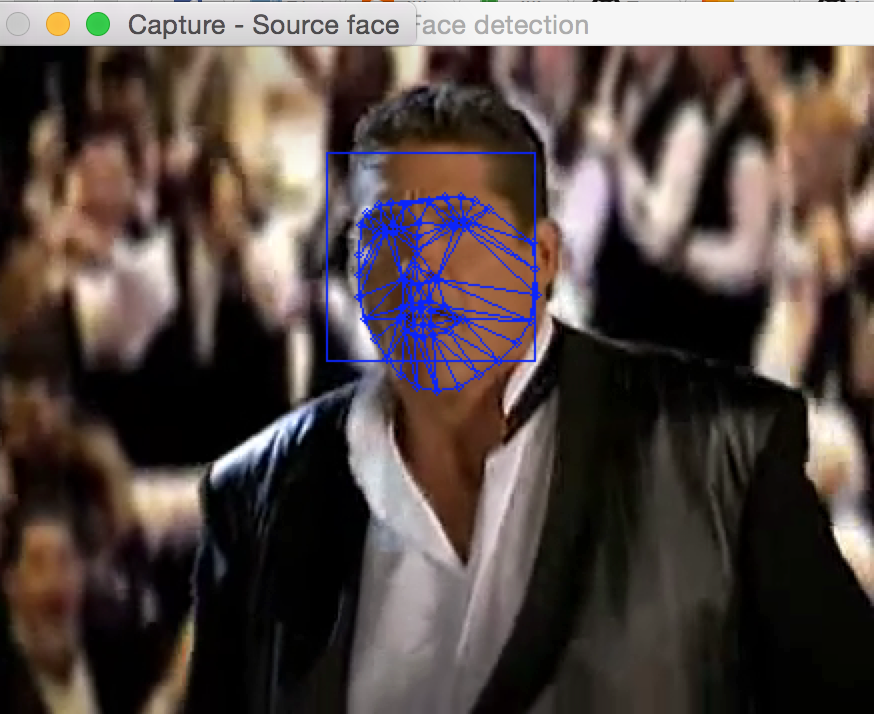 In the demo, my face is warped over Rick Astley in the "Never gonna give you up" video. The lips of the warped face and the rotation both follow Rick because of the flexible mapping.

There's a lot of things in the .gitignore file since there's some large data and copy-pasted videos and libraries. Because I was frantically trying to finish it in 6 hours a lot of the paths are hard-coded and there isn't a good linking and resources loading story.

You'll need to do at least the following things:

Replace faces in any video with your own! Made for Terrible Hacks