framework for block based programming languages

Flashblocks is a ActionScript library to support the creation of visual, block-based programming applications. Originally developed as my senior project while I was at MIT, it is heavily influenced by the work of several other projects also developed at MIT, including StarLogo TNG and Scratch. 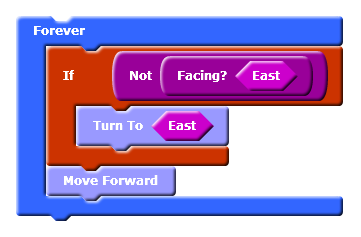 Be sure to set your FLEX_HOME environment variable and then run...

Included in the source are some sample projects built using the Flashblocks library.

A very simple simulator based on the Logo programming language. Users use commands like Turn Right and Forward to control a virtual turtle that draws lines with its tail. You can also utilize loops and colors to make interesting patterns. 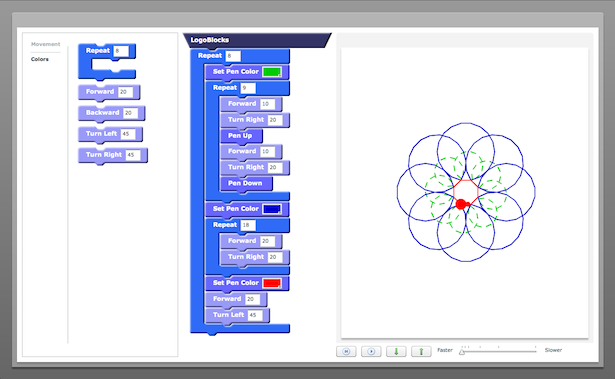 StarLogo TNG is a 3D simulator that uses a block-based programming interface. Flashblocks was designed working closely with the several members of the StarLogo TNG team.

Scratch is an application that allows you to create interactive stories, games, music and art using a block-based progamming interface.

ScriptBlocks is a Javascript library that was developed by the same teams that built Scratch and StarLogo TNG. I haven't really played around with it yet, but with mobile and HTML5 ready platforms becoming more mainstream, Javascript is quickly overtaking Flash as the lingua franca for rich interactive applications on the web.

framework for block based programming languages