I guess everyone has that one artist or band in mind with whom there is a deeper connection. So, mine is Ed Sheeran. His clean timbre, talent for guitar melodies, and own lyrics (sometimes rap) are so organically mixed that is nowadays rare even in the highest show business levels. I believe even with God's given talent, he practiced so many hours to reach mastery. Of course, this would not be possible without the love to music, in general. Therefore, fans who once have been to his live concert can notice how he is putting soul while performing every single chord and note. Daaamn!

Luckily, during my stay in Korea I have had a chance to observe in person that phenomenon. He gave a live concert on behalf of "Divide World Tour 2019". It was on April 21, Incheon, Songdo Moonlight Festival Park. I also remember that date clearly since it was my very first experience of live concerts in general. Weather was nice, atmosphere warm and little crowded though. Before that, I often listened to his songs while working in the lab. After the concert, I got heavily addicted, haha. So, my advice to everyone is to attend a live concert, if you wanna catch temporary mania. No really, there is a HUGE difference, whether to watch a video or visiting in real, especially the one is one of your favourites in playlist. So, go get some tickets!

One more advice, please fully enjoy the concert. What I mean is, stop thinking of taking lots of videos, pictures. All the content are already available from his previous concert locations, or from yours will be in few days. Moreover, I believe you can always buy yourself a video copy of the concert. Of course, it is own business of anyone whether to take videos or not, but will you have exactly same opportunity and atmosphere next time? So, just relax and enjoy. Another thing, which is related to this as well, try to get tickets with good a sight. VIP places, doubtlessly would be perfect, if you can afford. However, there are plenty of seats or standing places with good location, if you buy in advance. For my case, I had to buy the ticket in October of previous year, while the concert was in April. So, sometimes half a year to go! 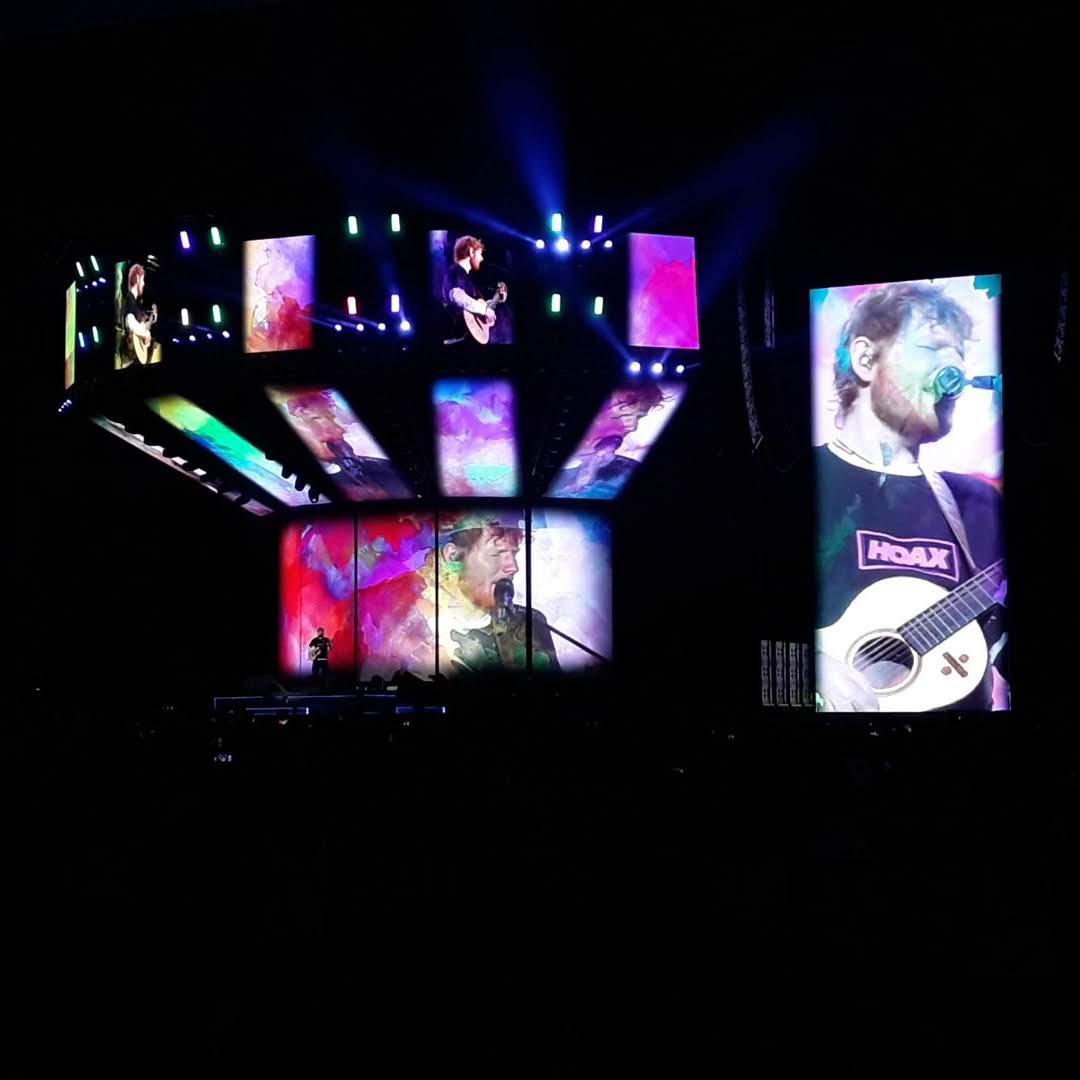 30 seconds of "Thinking Out Loud" 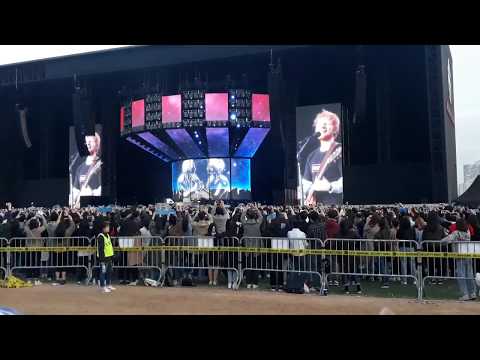 This guy is not only incredible artist, but also a nice human with pleasant and humble character. Despite winning great awards [1], and having millions of fans worldwide, he is in love with audience, which can be apparently noticed from warm communications. He sang for more than it was planned, and also he obviously put all his energy into performance. It was brilliant to absorb artistic energy and to meet in person. If there is any of his concerts in the coming years nearby, I would definitely give it one more try. Thank you, and be well, Ed!

[1] According to BBC, Ed Sheeran was named the UK's artist of the decade. During 2010-2019 period, his singles and albums were leading UK charts.