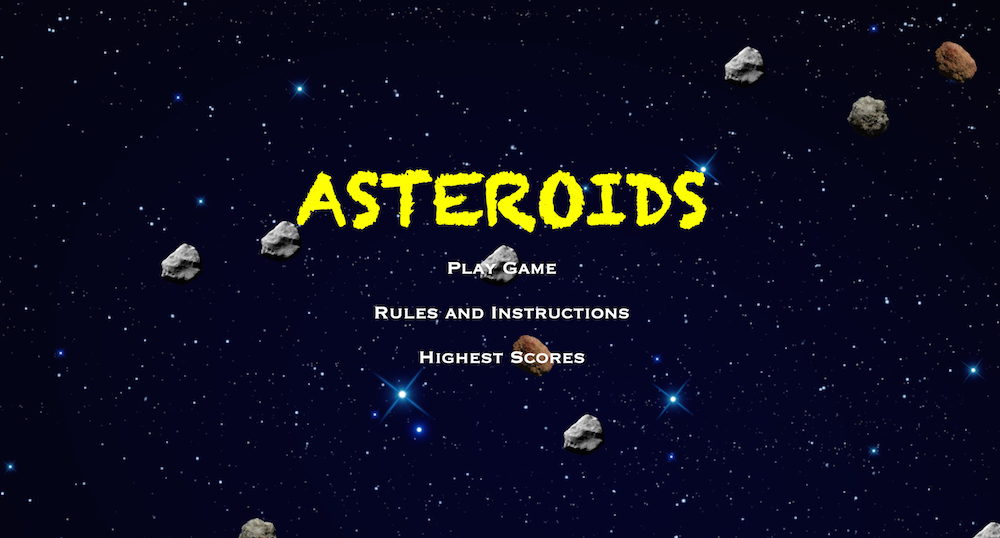 The player controls a spaceship in an asteroid field which is periodically traversed by flying asteroids. The objective of the game is to shoot and destroy asteroids while not colliding with them. The game becomes harder as the number of asteroids increases. Each level starts with a few large asteroids drifting in various directions on the screen. Objects wrap around screen edges – for instance, an asteroid that drifts off the top edge of the screen reappears at the bottom and continues moving in the same direction.