Sign up
Tweeter is a single-page Twitter-like web application built with jQuery and using a MongoDB database for persistence. It generates random usernames for your tweets of 140 characters or less, which appear at the top of the page as they are made.
Find file
Pull request Compare This branch is 86 commits ahead, 10 commits behind lighthouse-labs:master.

Tweeter is a simple, single-page Twitter clone. This project is class work from Lighthouse Labs.

This repository is a fork of the lighthouse-labs/tweetr base:

Students will fork and clone this repository, then build upon it to practice their HTML, CSS, JS, jQuery and AJAX front-end skills, and their Node, Express and MongoDB back-end skills.

* Note that /server/index.js is looking for MongoDB on localhost:27017:

Plus, the following JS and CSS is linked in index.html or included in public/vendor: 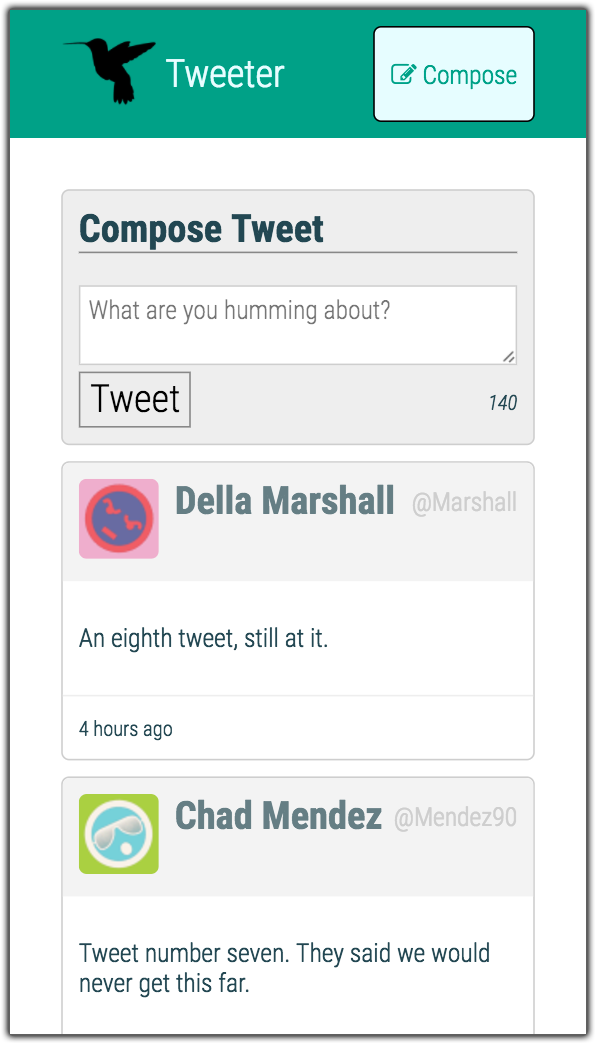 A flash message informs the user that their tweet is too long. 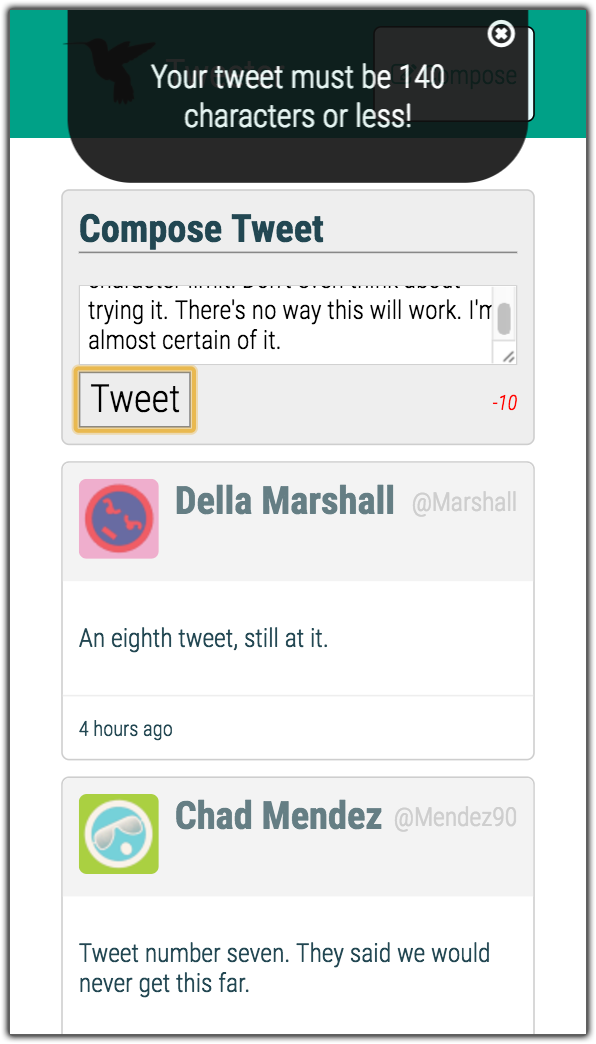 Tyler Krys made this to learn about web development.