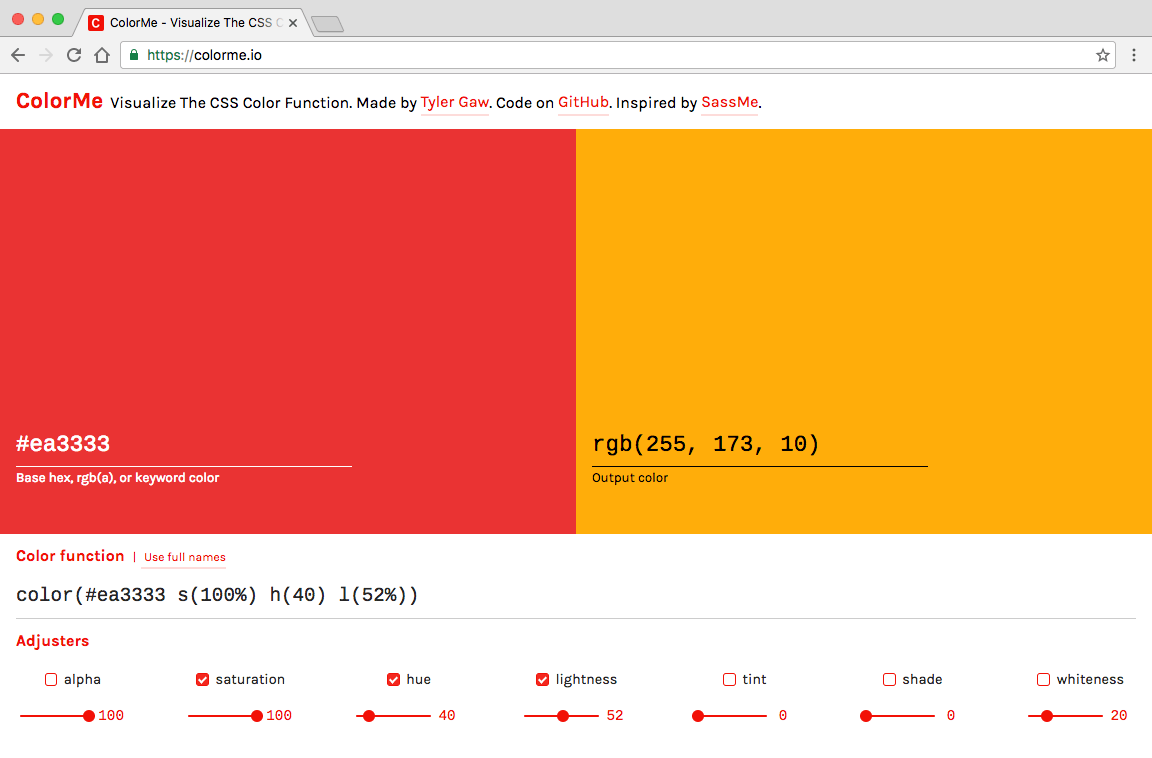 NOTE: the CSS color function here is deprecated. New functions are in the works. When a spec is available we’ll get this site updated. See this Github issue for background.

If you find a bug or have an idea, feel free to open a pull request. Tests for new code are encouraged. Existing tests must pass before pull requests will be accepted

Tests will also run in Travis.

Will run a modified version of CRA build process. First it builds the project for production like normal. Once that completes it runs npm run generate-sw which executes scripts/generate-sw.js. That script locates the static assets in build/asset-manifest.js and writes them to the STATIC_URLS in build/service-worker.js. This allows us to cache the static assets with fingerprinted filenames.

This section is for you, Tyler. When you go away from this project for a while and come back you will no doubt forget how to deploy to prod.

This site is hosted in AWS S3. It uses Route53 for DNS and a Cloudfront distribution. The SSL cert is managed using AWS Certificate Manager.

To push code to prod, run:

That will create a new git tag. Travis will see the new tag and run ./scripts/deploy.sh which in turn builds the project with npm run build and uploads the artifacts to S3 using the aws cli tool.

Note: The AWS key and secret in .travis.yml are for an IAM role that only has access to the the s3://colorme.io bucket.