This simulation is a toy to help explore and understand random trait and gene proliferation.

There are common misconceptions in the biology classroom about recessive traits. 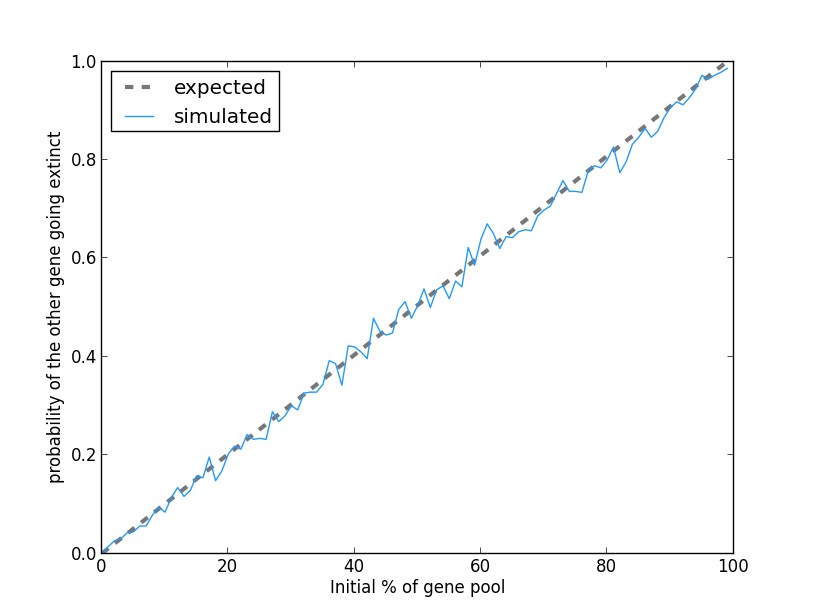 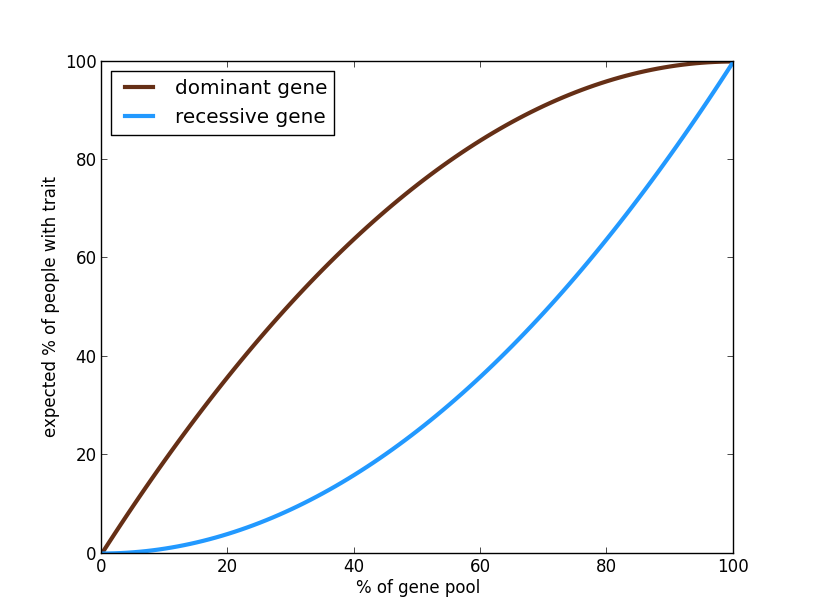 People are illustrated as a pair of dots. One colored dot per gene. If the brown eyed gene is present it will appear in front of the blue eyed gene.

Each "sex" generation causes the entire population to randomly pair up and make 2 children. The results are visible in the bar graphs at the bottom left. Note that when 2 parents mate, each gene from the parent is equally likely to be inherited.

After leaving the "sex party" on for enough time, most likely one of the gene types will become extinct. The gene type with the lower current gene count is more likely to decrease further. During a tie with 50% blue vs 50% brown genes, there are likely to be 25% with blue eyes and 75% with brown eyes.

Note that eye color isn't really determined by one or two genes.

Trivia: negative dominant traits are more likely to go extinct because they're always apparent. Negative recessive traits may go unnoticed and are harder to erase intentionally.

Animated and drawn with the Paper.js framework.