This program implements the modular translation of call-by-value PCF that is described in detail in this draft paper. The program takes as input a PCF program and performs the following steps:

This solution amounts to a type of lists. The appearance of box means that these lists are stored as linked lists, where the tail is always a pointer to the heap. This use of the heap is somewhat inefficient and one may want to replace it by stack-allocated data, as described in the paper. This was done experimentally in an earlier version of the translation, which shows that such a change is not hard to do and significantly improves performance. Here the simple solution is implemented first, as it works without having to assume a stack and may have applications, e.g. for hardware synthesis.

The translation is written in OCaml and uses LLVM for code generation. It depends on Jane Street's Core_kernel library and the OCaml LLVM bindings.

The installation of OCaml packages should work most easily using the OCaml Package Manager (OPAM), which can be obtained from (http://opam.ocamlpro.com). On Ubuntu, OPAM can be installed with apt-get install opam.

Second, LLVM needs to be installed. On Ubuntu, LLVM can be installed using apt-get install llvm. It may be necessary to pin the LLVM bindings for OCaml to the version of LLVM that is installed on the system (see llc -version). For example, pinning the LLVM binding to version 3.8 may be done as follows:

Once OPAM and LLVM are installed, the translation can be installed and tested as follows:

This should compile the source fib.cbv to a file main.bc.

The input language is currently a simple version of PCF. Input files are expected to have the form

Terms can be formed using the following concrete syntax:

The concrete syntax for types is

The term print(t) prints the value of the term t, which must have type Nat. The value of print(t) is that of t.

For example, the following program prints the 20-th Fibonacci number

The implementation produces an LLVM-bitcode file for each toplevel definition in the input file. If the file fib.cbv has the content of the Fibonacci example above, then the call

prints the types of fib and main (namely Nat -> Nat and Nat respectively) and produces LLVM bitcode files fib.bc and main.bc for them. While both have a well-specified interface, as explained in the paper, without further linking one can currently run only programs of base type. It is possible to link fib.bc to an assembly module implementing the function argument, but one needs to do the linking by hand, currently.

To generate an executable from main.bc using the LLVM compiler tools (and also clang for linking), one may invoke the script llvm_compile.sh as follows:

This should generate an executable main that prints the 20-th Fibonacci number.

By default, the implementation just shows simple types. Type annotations can be shown using the command-line argument --type-details. The concrete syntax for annotated types is as follows:

A few example programs can be found in the Tests directory. The programs mandelbrot.cbv, raytrace.cbv and raytrace_inline.cbv produce output that can be interpreted as images in PPM format. The produced images should look as follows. 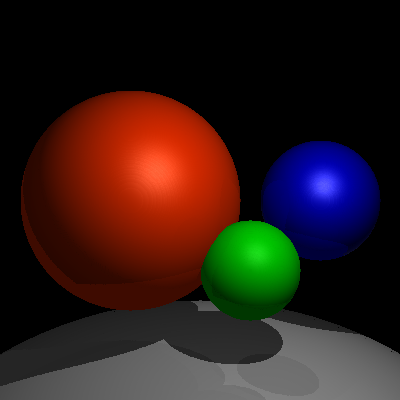 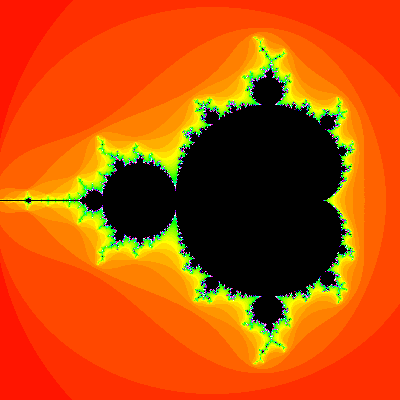