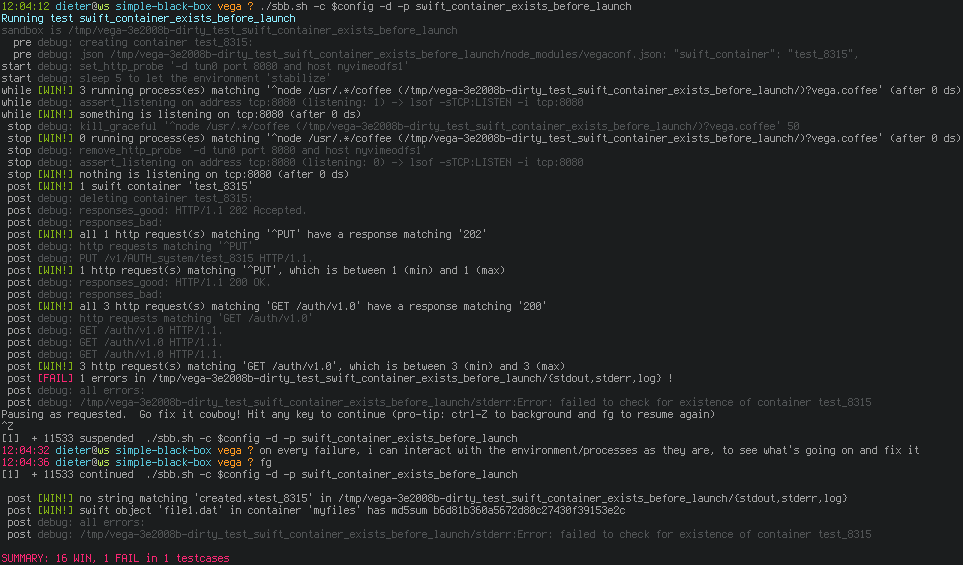 note: they get all variables as arguments to functions, no global vars, with the exception of $sandbox and $output some assert functions of probes allow a wait time expressed in deciseconds. they will give your environment time to get in the right state until the timeout expires, retrying every decisecond

all output files from/for probes should be named like: _

variables related to probe instances should be named like [] reference is optional if you only use 1 instance (like you only run 1 process that you want to monitor). variables not strictly meant for probes are probably also better off following this scheme if that makes sense. examples: $process_num_up_ssh to denote how much ssh processes should be up if all is normal, or $process_launch_foo would contain the command to launch your foo process or just $process_launch if you're not launching anything else