This repository is DEPRECATED

It will no longer receive updates, but it was working without any issues when it was abandoned. It may still work for you.

Use appear.in just like you do in your browser, but as a desktop app. This app will also notify you in its icon when messages are received. 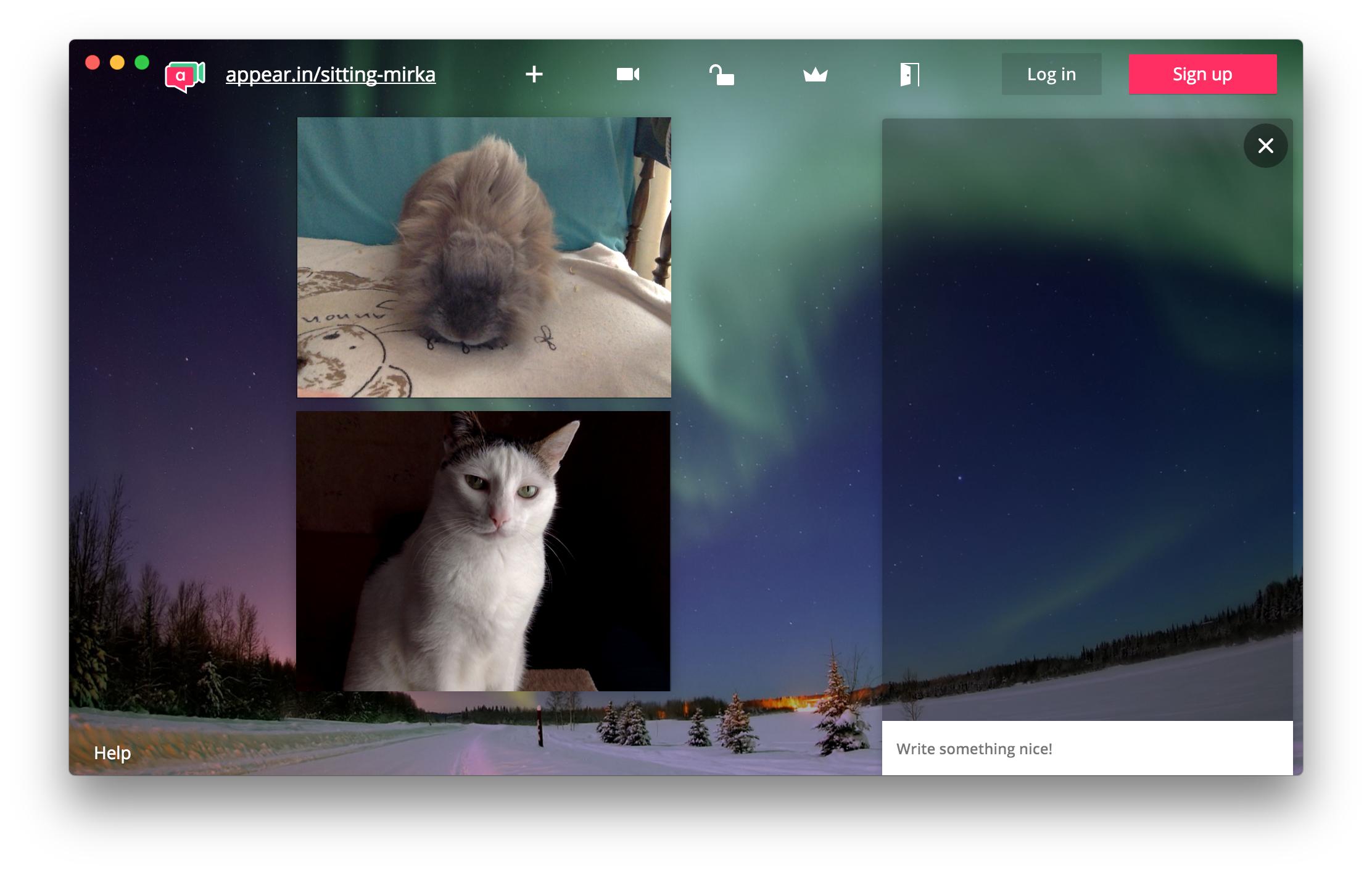 This is an unofficial app

The appear.in team has been gracious enough to allow me to use their name and logo on this app, but it is still unofficial. I will retire this app if an official one is ever released.

If you find any issues or have suggestions/requests for the app (as opposed to appear.in’s website), please do not bother the appear.in team directly but instead open an issue.

Currently, only macOS is supported. I do not intend to officially support other platforms in the near future since I cannot consistently and reliably test on them, but am willing to add support if someone wants to collaborate in doing the legwork.