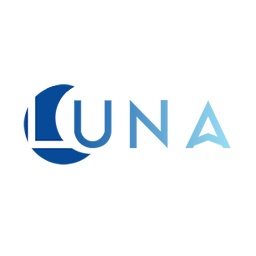 Luna aims to be a one-size-fits-all Moonlight launcher for Kodi. Even though it's tailored for OSMC right now, it can be easily extended to support pretty much any platform where both Kodi and Moonlight Embedded are available. If you feel like a specific feature is missing don't hesitate to tell me and I'll see what I can do ;)

Screenshots can be found on the Wiki

This is in place for mainly two reasons:

The following information is gathered:

From the above information I am not able to identify single users (i.e. don't know who they are and where they come from, meaning each single user is just a number in the system), but I am able to track them through the system (usage count, logs, exceptions).

Since Eos already helped out a lot in identifying bugs I feel it's the right thing to do and thus it is enabled by default. If you don't think so, however, you can disable it completely in the settings. If you don't want the very first start to be registered, you should do so before starting Luna after installing / re-installing the add-on. That being said, users with no additional information attached are hard-deleted every few weeks, since it's clear they opted out but did so after starting Luna for the first time.

In the future, Eos will also provide different other services (proxied API access, ...), but they will always be optional (if possible) and not dependent on each other, i.e. never require you to opt-in for telemetry just so you can use something else.