A quick port of "A first-person engine in 265 lines" from JavaScript to Java using the libGDX framework.

This is a quick port of "A first-person engine in 265 lines" from JavaScript to Java using the libGDX framework. 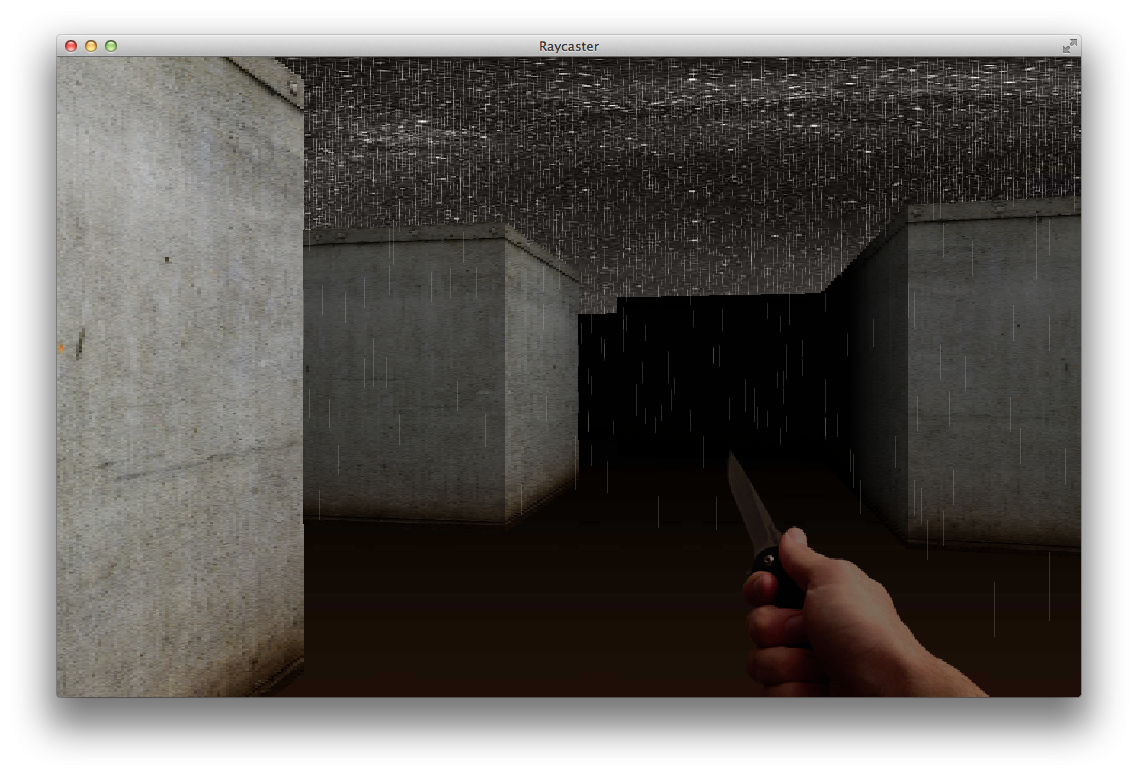 Besides the obvious changes in rendering and input code there is four new types introduced that in the original code are represented either as an Array or Object.

To test it out download the repository and build it using gradle.

The following instructions assumes you are in the root folder of the project, eg.

The first time you build the project is going to take a while since all dependencies are downloaded, will be faster after that.

The easiest way to test the project is on desktop, just run

Make sure you have the Android SDK and have created an AVD. http://developer.android.com/sdk/index.html#download Start the emulator with your AVD and have it running before building the project. Eg.

When you see the emulated home screen, run the gradle task

Then open your browser to http://localhost:8080/html/

The code is under MIT license, ported from JavaScript.

The images used are from the article http://www.playfuljs.com/a-first-person-engine-in-265-lines/.

A quick port of "A first-person engine in 265 lines" from JavaScript to Java using the libGDX framework.