A board for the Multi-Mode Digital Voice Modem

This project is a hardware for the Multi-Mode Digital Voice Modem (MMDVM). Instead of depending on MCU development boards (like Arduino, STM Discovery, etc.), this design contains a microcontroller itself, so no additional stuff is required. This project is based on SQ6POG's idea, and hence its name.

The board contains STM32F105RBT MCU, two active low-pass filters: for ADC and DAC. Additionally there is a place for an optional TCXO with a buffer circuitry and LED indicators.

The PCB is prepared to be populated in two configurations listed below.

The board is populated with FT230XS USB-to-UART converter and 3.3V LDO

As a Raspberry Pi HAT

This configuration is almost the same as previous, but with RPi connector and without USB-to-UART converter and LDO.

You can get the firmware from MMDVM github. The firmware can be built with the GNU ARM toolchain. An additional requirement is the STM32CubeF1 package, which can be found at STMicroelectronics website. Path to the CMSIS directory of the extrected package should be adjusted in the Makefile.CMSIS as CMSISDIR definition. Also uncomment these defines in the Config.h file:

to enable MMDVM_pog board support,

if you want to use external TCXO.

Be sure that defines regarding other boards are commented.

To program the device with SWD, run:

(you will need openocd software and ST-LINK programmer).

If you don't have ST-LINK and want to use bootloader, then short JP1 jumper and run:

(you will need stm32flash software; serial port can be selected in the Makefile)

This project was designed using gEDA software. In order to modify the schematic you will need my library of symbols/footprints, which is available here. The library is also attached to this repository as a submodule (geda-sym). To get it contents after cloning the repository run git submodule update --init. Update of the PCB is done in the root directory with this command:

Postscript and pdf export of PCB is done with: 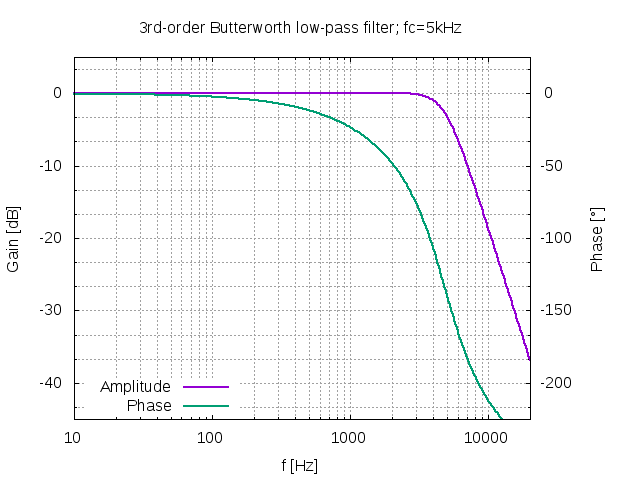 The simulation of the filter (sim directory) was performed in ngspice and the graphical plot output was generated using gnuplot. To run the simulation use the script provided:

This project is licensed under the CC-BY-NC-SA (Creative Commons - Attribution, Noncommercial, Share Alike) license and is intended for amateur and educational use only.

MMDVM software is licenced under the GPL v2 and is intended for amateur and educational use only. Use of this software for commercial purposes is strictly forbidden.

A board for the Multi-Mode Digital Voice Modem