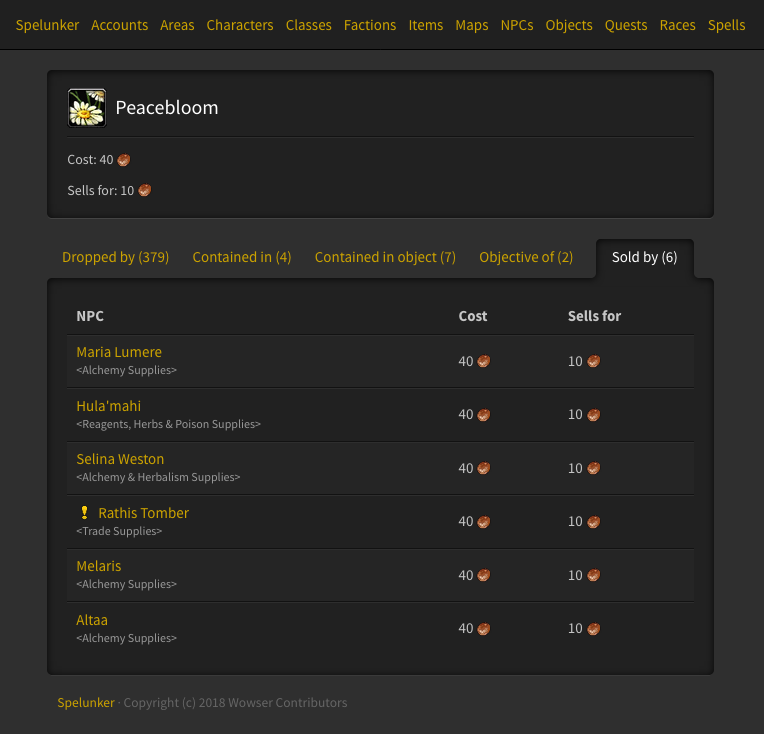 Spelunker exposes data from auth, characters and world databases as well as World of Warcraft's own game files through an API. Its web client can be used to conveniently browse the dataset, similar to Wowhead.

Both parts are developed in unison in this repository using Lerna, a tool for managing JavaScript projects with multiple packages.

Disclaimer: To deliver game resources – such as icons – to the web client, Spelunker ships with a pipeline serving up resources to the browser over HTTP. Depending on your network configuration these may be available to others. Respect laws and do not distribute game data you do not own.

Be mindful of any privacy sensitive data – such as account and character names – you may expose through Spelunker.

Other servers may be supported in the future. Pull requests welcome!

Not yet available via npm, but hopefully soon™!

For now, follow the development instructions below on how to get started.

Navigate into the API package:

To monitor source files and rebuild:

Navigate into the web client package:

The web client will be served on http://localhost:3000.