A comprehensive 10-page probability cheatsheet that covers a semester's worth of introduction to probability.

This cheatsheet is a 10-page reference in probability that covers a semester's worth of introductory probability.

The cheatsheet is based off of Harvard's introductory probability course, Stat 110. It is co-authored by former Stat 110 Teaching Fellow William Chen and Stat 110 Professor Joe Blitzstein. 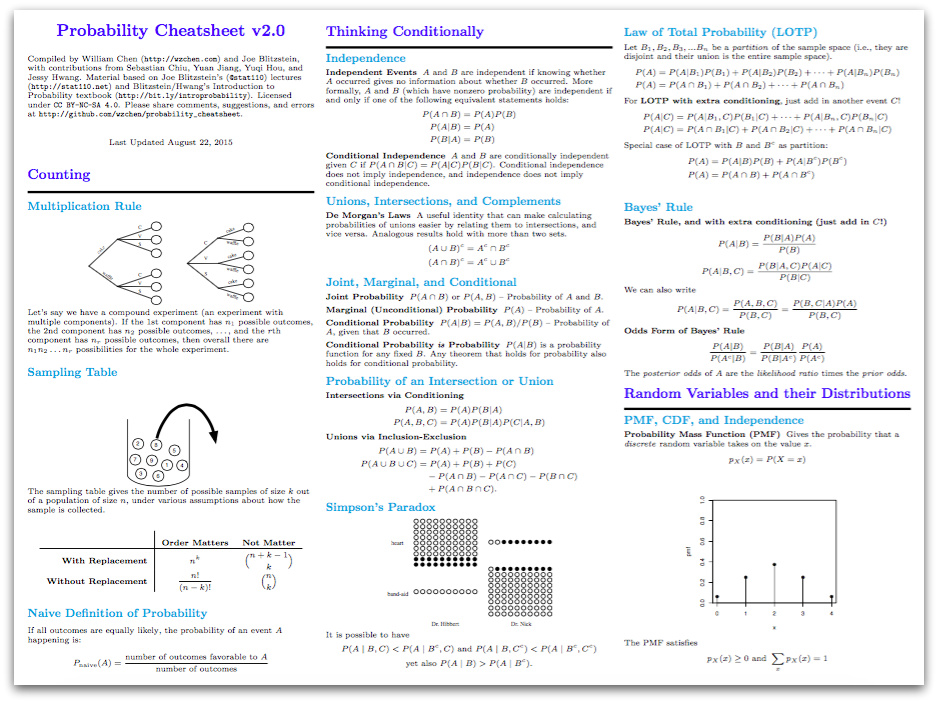 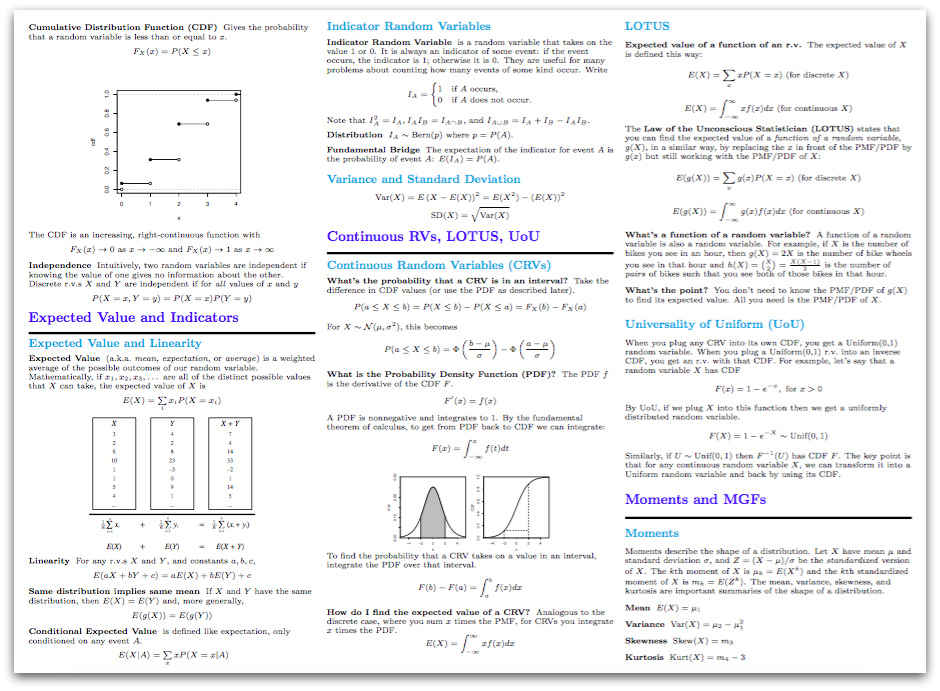 This work is licensed under a Creative Commons Attribution-NonCommercial-ShareAlike 4.0 International License..

Summary: A huge thanks goes to Professor Joe Blitzstein (@stat110) for his work in polishing up the cheatsheet, adding colors and figures, and officially using it in his Stat 110 class (which is the class that inspired this cheatsheet to begin with). The cheatsheet is now a joint work by William and Professor Blitzstein.

Summary: Cleaned up sections, moved things around to more logical locations, and fixed one error in formula. Also removed some left margins, which allowed room for a Settlers of Catan diagram and the hat-matching problem.

Summary: Added a new page of content, including vast improvements to problem solving solutions and a new biohazards section.

For comments, suggestions, and corrections: contact William, submit a pull request, or submit an issue on Github!

A comprehensive 10-page probability cheatsheet that covers a semester's worth of introduction to probability.