routebeat sends ICMP pings to a list of targets to record TCP/IP routing information.
It uses github.com/aeden/traceroute for sending/recieving ping packets and tracing routes. As well as elastic/libbeat to talk to Elasticsearch and other outputs. Essentially, those two libraries do all the heavy lifting, routebeat is just glue around them.

Routebeat has three events it can publish, including:

By default, only the first route event is published.

routebeat has the same requirements around the Go environment as libbeat, see here.

Currently only MacOS X and Linux are supported due to the use of syscall in github.com/aeden/traceroute

Install and update this go package with go get -u github.com/xeb/routebeat. The routebeat binary will then be available in $GOPATH/bin.

If intending on using the Elasticsearch output, you should add a new index template using the supplied one, for example with curl -XPUT /_template/routebeat -d @/path/to/routebeat-template.json.

See the example configuration file for configuring your targets and assigning an output (default output is Elasticsearch).

NOTE: you will likely need to run sudo routebeat in order to send ICMP pings. If you'd like to see everything routebeat is doing, run something like: sudo ./routebeat -e -v -d routebeat -c etc/pingbeat.yml which will output information from the Debug logger "routebeat".

There is a Kibana export you can use to create some basic visulizations and a simple dashboard to explore routebeat data. 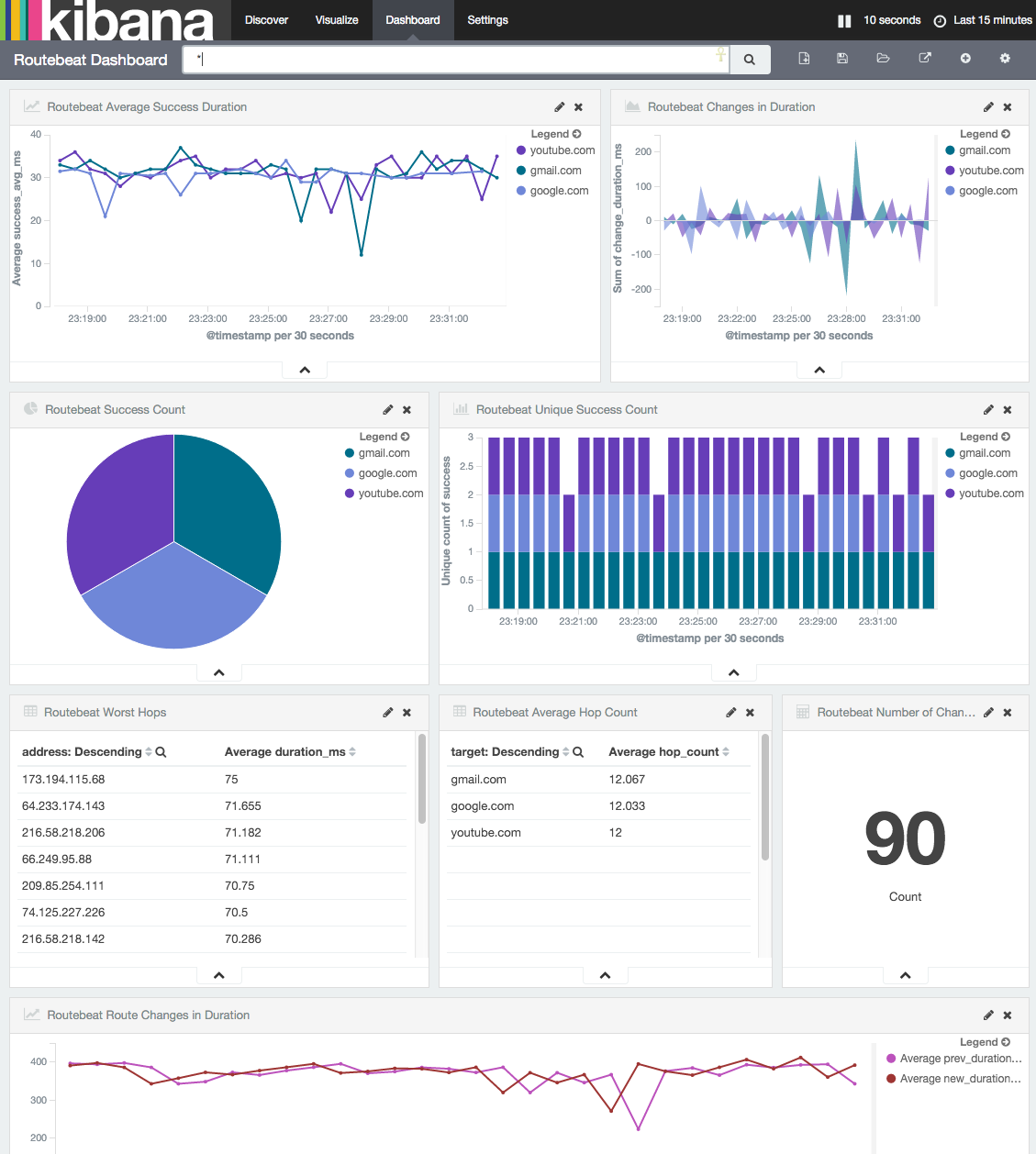 In order to send regular ICMP ping packets, routebeat needs to open raw sockets, which can only be done with superuser privileges. So you either need to run routebeat with sudo or as root to send regular pings. I haven't tried a non-priviledged UDP traceroute yet.

Feel free to submit a PR if that is useful:)