This contains some files to modify the osm-bright (a CartoCSS style for Open Street Maps) to display drinking water prominently. The original theme by MapBox is at https://github.com/mapbox/osm-bright

The osm-bright theme doesn't show amenity=drinking_water at all, since it is a more stripped-down style; the default OSM style shows it only at zoom level 16, which is quite close-in. This theme makes drinking water the most prominent feature of the map, to allow users to search for water sources easily and to allow for surveying large areas for completeness of coverage.

You will need to recompile the style sheet after copying the files in -- see "Compiling the stylesheet" in the Switch2OSM tutorial. 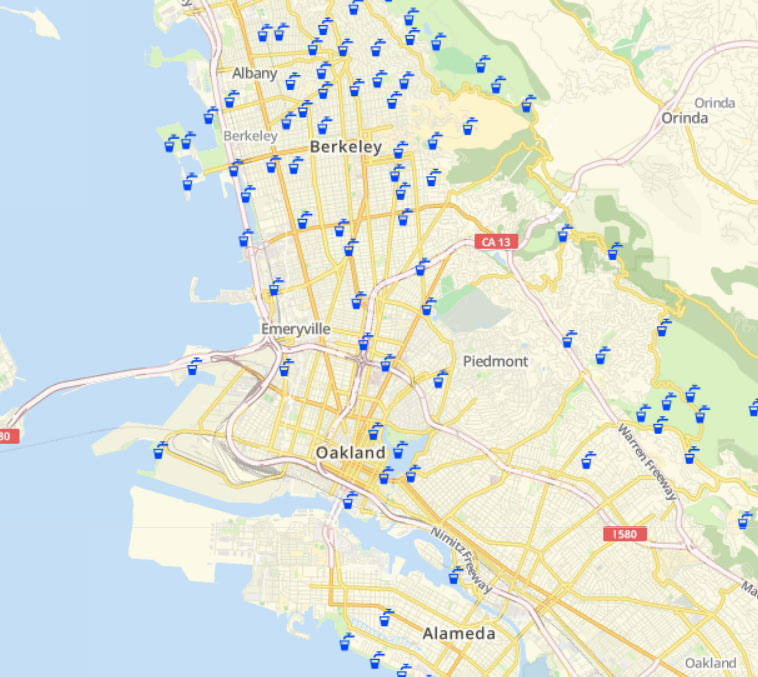