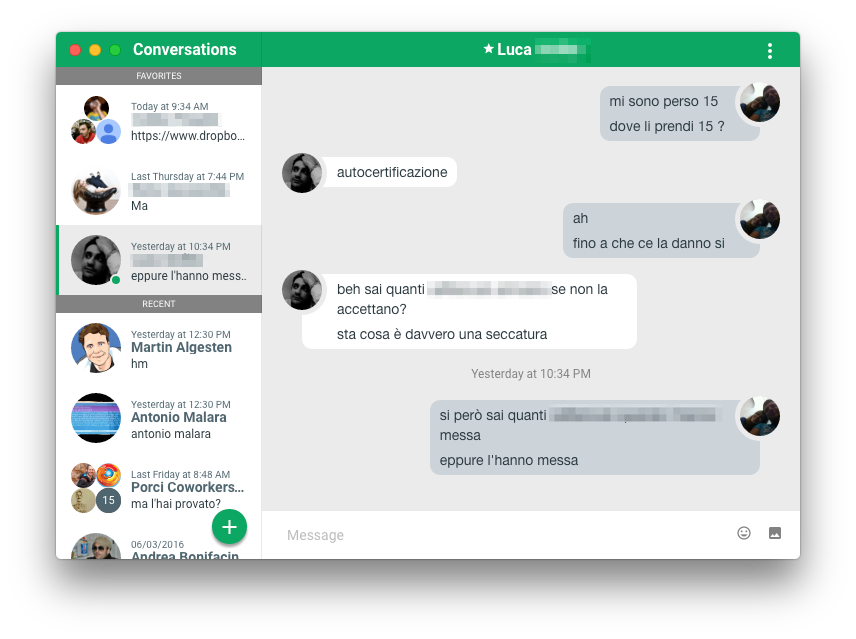 Check out our wiki for additional installation methods

What does it do: 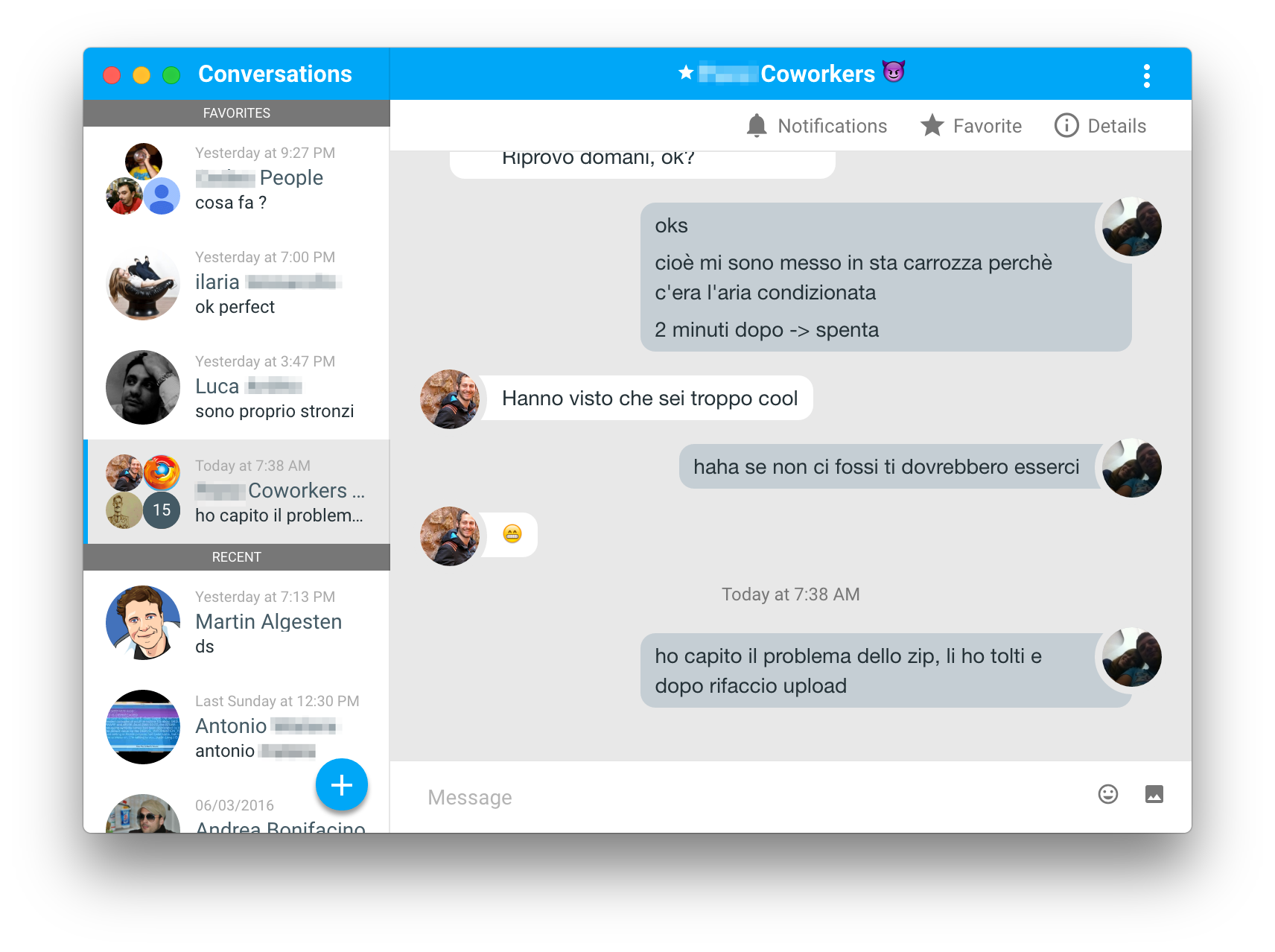 Yakyak may show up as iOS Device and Google may alert you that "some iOS Device is trying to use your account". This is normal as yakyak is an unofficial client and it mimics the behaviour of an iOS device in order to establish a communication with Google Hangout APIs.

This is an open source project. Please help us!

It is written in coffeescript (nodejs) based on hangupsjs using trifl on top of electron (atom shell).

How can you help?

You can improve YakYak in many ways:

Send a pull request, start a conversation with a new issue or participate on a ongoing conversation.

If you have fpm installed (gem install fpm), you can also build RPM, Deb, or Arch packages: