read-only steemit viewer in 8.7% of the bytes

steembin - read-only steemit viewer in 8.7% of the bytes

On my first or second day of finding out steem and steemit existed, I ran to try to create something that could get me acquainted with the basic developer API (Application Programming Interface) of the steem network. I ended-up pushing steemcli up, even though that wasn't really what I'd set to myself to build over those two afterwork programming sessions.

Initially I thought I'd build a custom themeable version of steemit, to fix what I didn't like in it, by scrapping all Ghost themes and making small modifications to them.

That actually is implemented but buggy; if you want to take it over there're 140+ open-source ghost themes I think are perfectly legal to make available with proper attribution. I'm not really eager to continue trying to do that, so I'm open-sourcing and announcing a less buggy version of that code-base, which simply is a lean read-only front-end for steemit.com running on heroku's free tier at steembin.herokuapp.com. 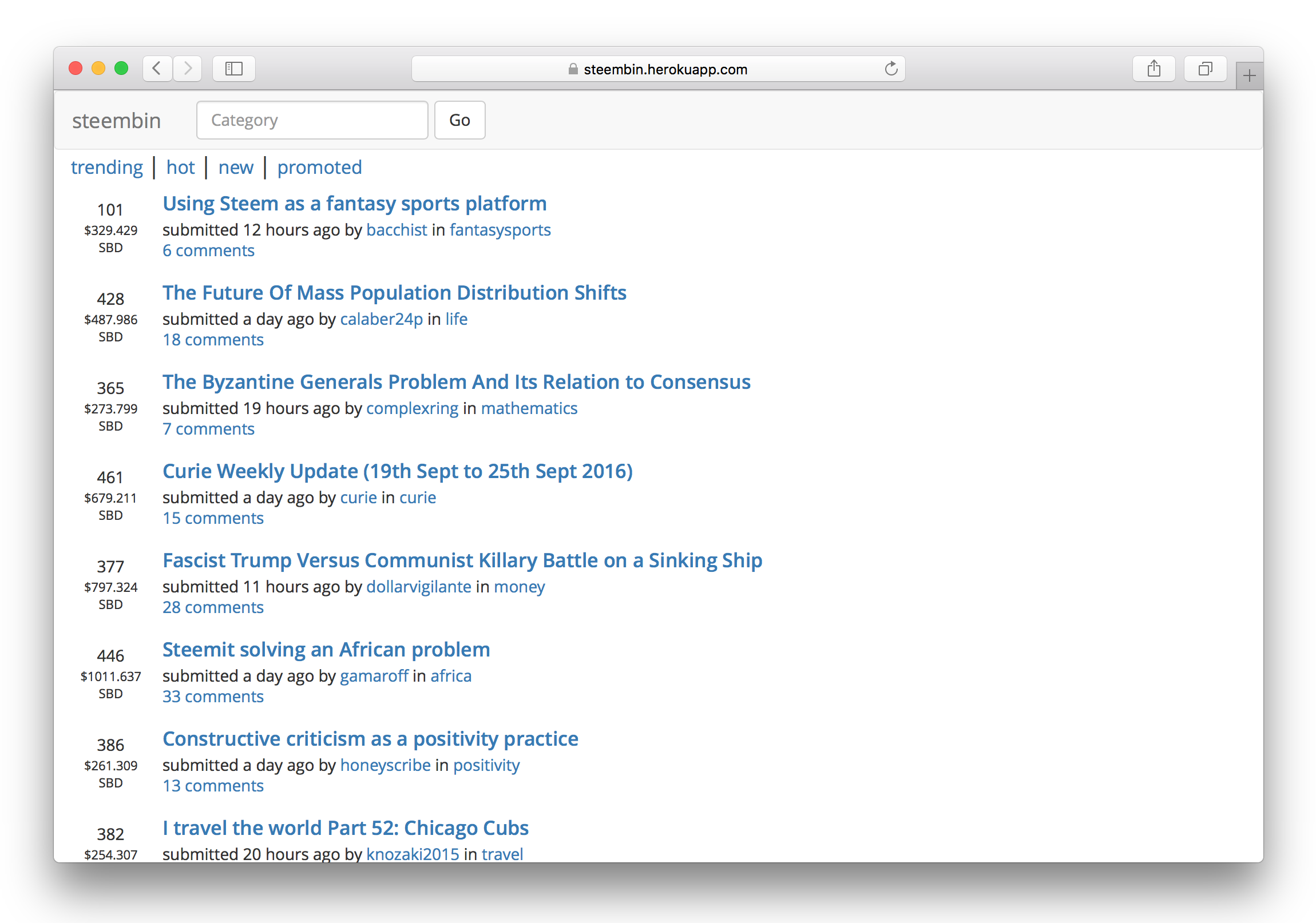 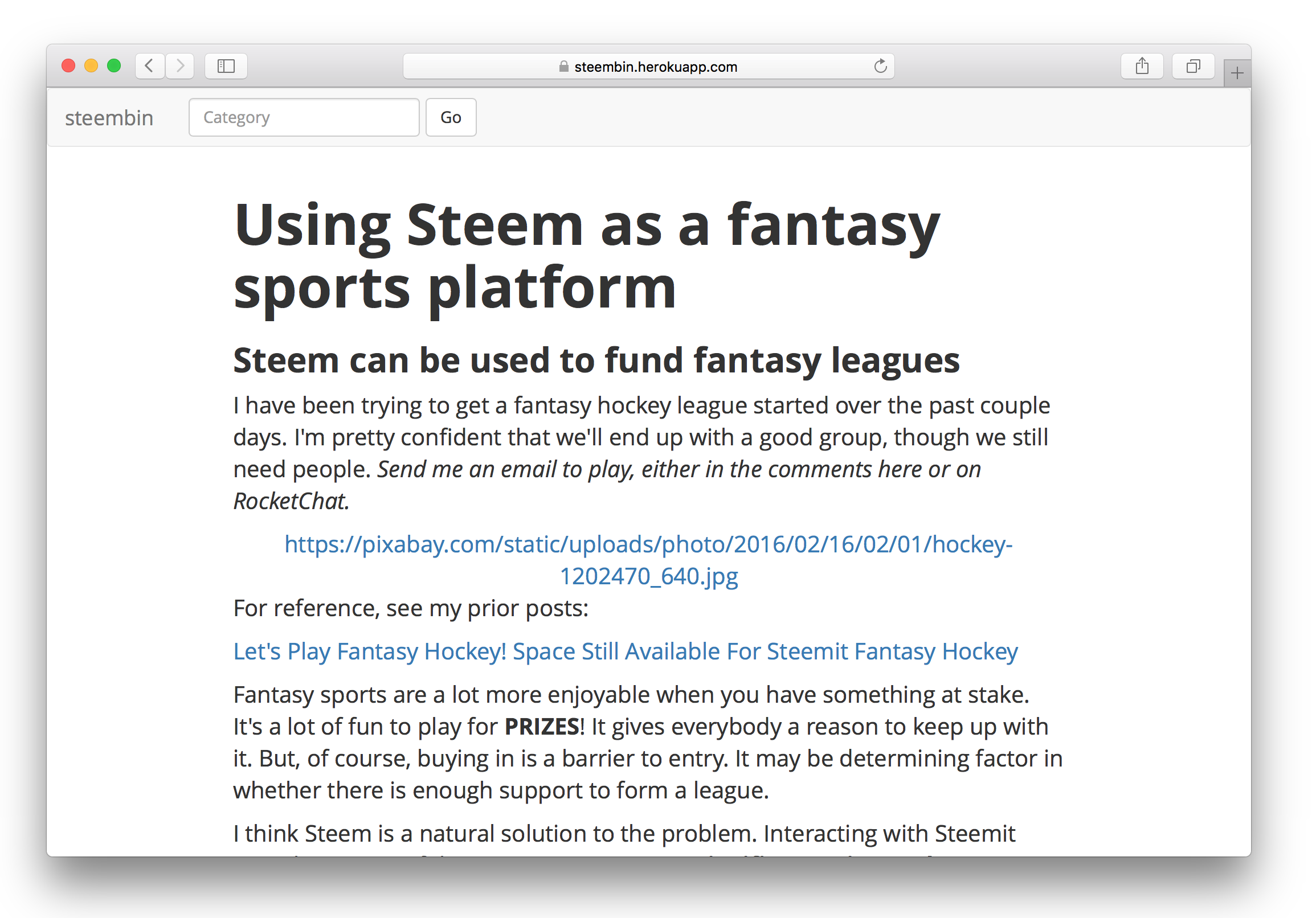 I just thought it was funny that in the end, the hacky, old-fashioned, unsophisticated way of trying to build a little front-end as a regular web-application without doing a SPA was actually pretty good for me to navigate, even though it's a crappy script.

End of the day, I think the doing less work, sending less data, is still the way to go for optimising applications. steemit your JavaScript bundle is soo big!

Enjoy or mock the code on GitLab, published under the GPLv3 license. I'll probably give you full rights if you ask.

read-only steemit viewer in 8.7% of the bytes