This is an open source framework integrating TestNG, Selenium 2 and maven, giving you a possibilty to automatically store screenshots, taken for every failed test in maven target folder, for their further investigation.

-- After running your TestNg selenium tests with Maven, you will find for each failed test the screenshot which was taken automatically when this particular test failed.

-- It could be very useful to get the screenshot of failed test directly with email alert notification sent by Jenkins, when build becomes unstable.

For our example case the jenkins config will be following: 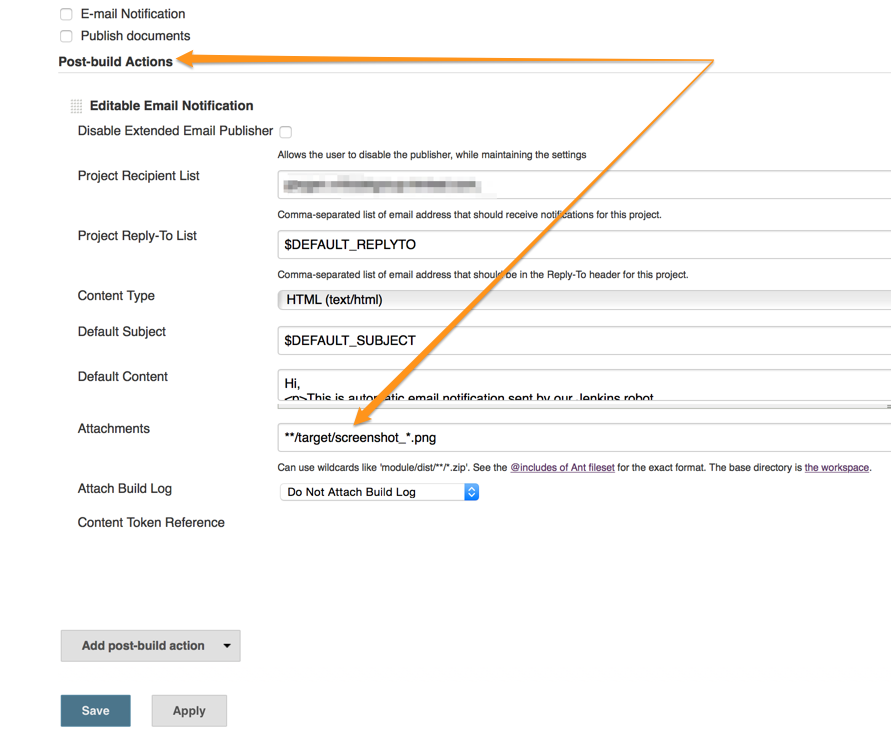