My toy operating system. Though the most accurate description right now would be "ring 0 application".

The plan is rather to make something like a video game or graphics demo implemented on very low level.
It's mostly just for fun and out of technical interest - it taught me a lot about x86 (the architecture and the assembly), and how to debug some very obscure and nasty problems.

It's also somehow written in its "own C dialect", thanks to the assumption I'll always use a modern GCC.
There's type inference with let and auto, there are generics thanks to C11, a super-powerful assert (assert_cmp), etc.
See include/__prelude.h and various calls to logd() for how it looks like. 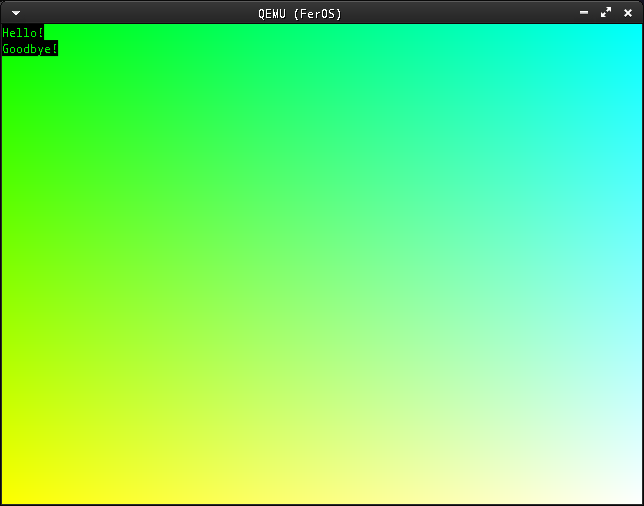 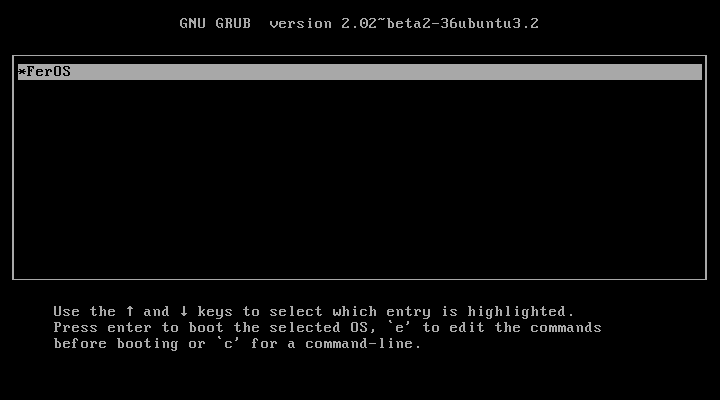 Debugging with GDB (shortened into make run and make dbg). 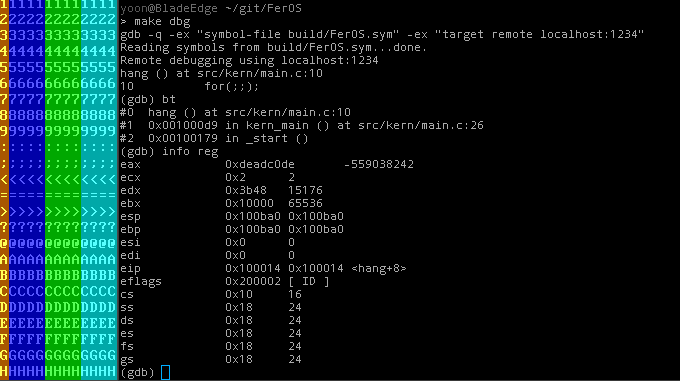 What does/can it do ?

It doesn't enable paging for now. All addresses are physical.

I had tested it on my laptop for real at some point and I'm unsure if it still works. I might take a photo if I get it to work again.

The way is open for a lot of fun stuff !

And in general a lot of stuff that is listed in src/main.c.

What does it run on ?

It is an IA-32 kernel (that is, the 32-bit legacy mode of modern PCs, which are on x86-64).
The kernel image is Multiboot-compliant and relies on GRUB for booting right now.

I'd like to move to x86-64 in the future because it's standard today. Eventually, moving to UEFI would be cool too, I guess.

Development happens on Ubuntu. Haven't given a thought about Windows, OS X and stuff.

And probably some other stuff I left out, because it's been too long since last time.

make will build everything.
To test, you might want to install qemu-system-i386 (sudo apt-get install -y qemu)
Then run it with : qemu-system-i386 -cdrom FerOS.iso (make run happens to do this).